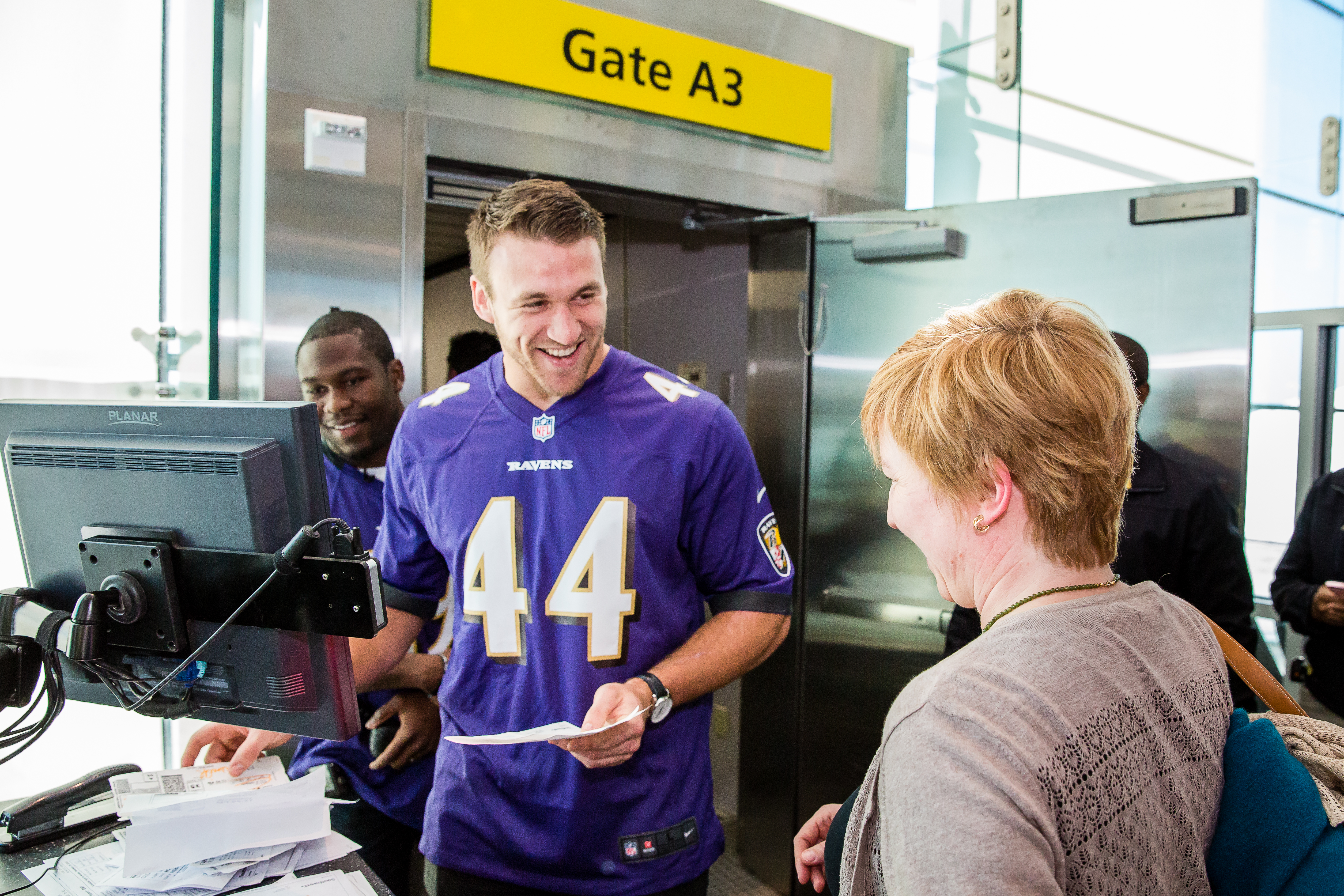 The Baltimore Ravens partnered with our BWI Employees on November 16 to score a winning touchdown with surprised Customers at the Baltimore/Washington International Thurgood Marshall Airport. Players Justin Forsett and Kyle Juszczyk were happy to help welcome arriving Customers and bid adieu to our departing Customers. 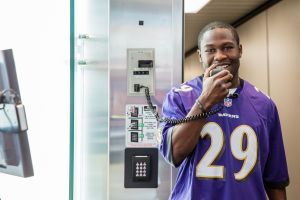 Poe and the Raven’s cheerleaders traveled all the way from Ravenstown to make a special appearance and join in the festivities. Poe demonstrated how to shake your tail feather while the Ravens Cheerleaders helped rally up the Customers with some game day chants. On the opposite end of the east coast at the Orlando International Airport, the Orlando Magic’s Aaron Gordon and Elfrid Payton, Magic Dancers, STUFF (the Magic Mascot) and other Magic staff members were at Gate 123 at the Southwest terminal to meet and greet incoming and outgoing Customers. 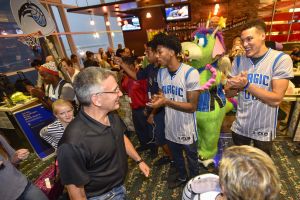 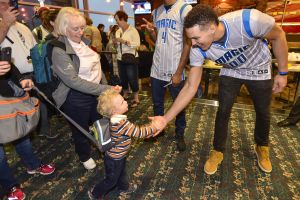 The players joined forces with Southwest Airlines Employees to work the scheduled flights, assist Customers at the gate podium, aid with boarding announcements, and hand out snacks and souvenirs. Gordon and Payton even got a chance to go in the cockpit to learn the job of a Pilot. 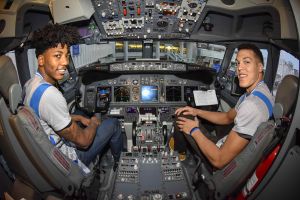 Southwest Employees also got the chance to see how the Magic do their jobs. They attended Wednesday’s game against the Timberwolves and helped pump up the crowd. They also helped fly the Southwest-inspired blimp around for fans to catch fun giveaways. 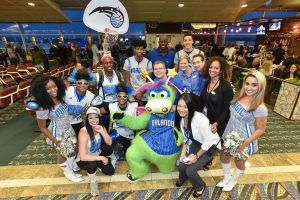 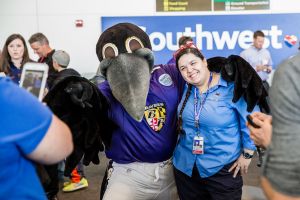 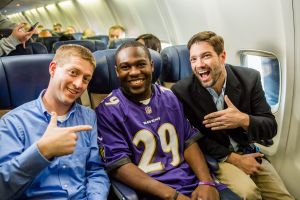