The Feast: Where Hat-Makers Unite 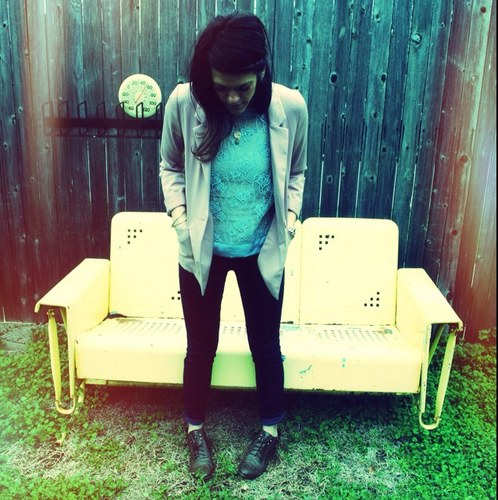 Tevye sang about it best. Tradition, tradition. Tradition! It’s what makes the holidays special and helps you look back at past memories with nostalgia.

Like many Departments within Southwest Airlines, Culture and Communication has an annual Thanksgiving Feast filled with delicious potluck dishes and something that we believe adds a FUN touch—a Thanksgiving hat decorating contest. It’s an entertaining, creative tradition that gets everyone engaged and makes everyone feel like they belong at the “kid’s table”.

My personal favorite Thanksgiving tradition is watching the Macy’s Thanksgiving Day Parade, so this soon became the inspiration for this year’s hat decorating contest. A group of ten Culture Services friends put our thinking caps on and created a real life Macy’s Parade complete with oversized balloons, the famous Rockettes, a high school marching band, One Direction lip synching on a float, and of course, Santa bringing up the rear. 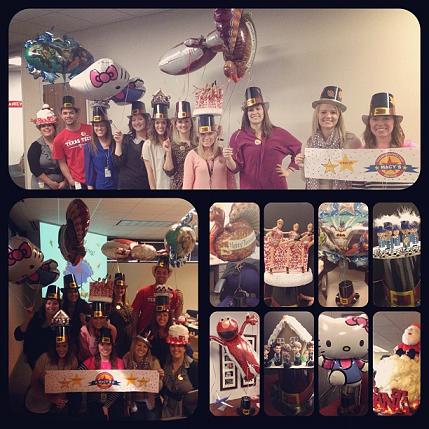 Marching down the hallways of Southwest Headquarters, I felt a sense of pride—not because our hats were so out of control awesome, but because I realized that we were carrying on the tradition and legacy of having FUN at work. As we passed other SWA Employees down the hall, People would smile and wave (still with a puzzled look, but a smile nonetheless) and some whipped out their camera to video or take pictures. I realized we’re not the first ones to come up with some silly idea and have no shame of looking foolish. We come from a long line of People who take their jobs seriously but not themselves, and I LUV that this is our Culture. It’s a tradition that I plan on carrying on. 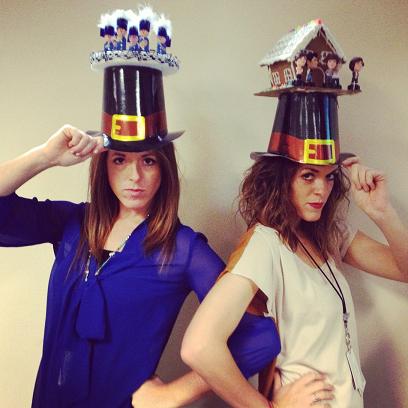 Perhaps you’re looking to start a new tradition. You can play it safe and pick up the one I’ve been doing since I was a little girl and what’s been going on for the past 86 years and simply watch the Macy’s Thanksgiving Day Parade. For more information, visit here.  Or you could also be a bit more adventurous, and I vote for that. Why not surprise your family and friends by donning your own Thanksgiving hat this Thursday? You can go completely crazy like the ten of us did, or you can do something really quick and simple. Follow the steps below to make your own Pilgrim Bonnet.

A large piece of construction paper, or you can staple together two pieces of card stock, like I did.

Take your paper (whether a large sheet of construction paper or stapled together cardstock) and cut it to the these dimensions: 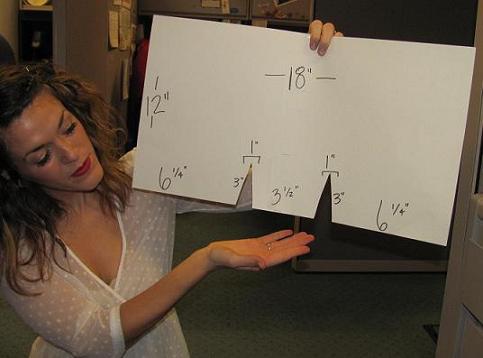 Fold up the long side without the two cuts about two inches. 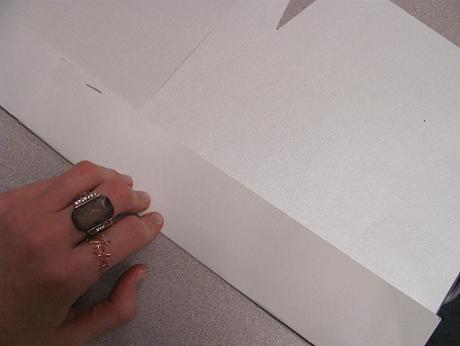 Now you will fold the long side with the cuts. First fold the middle piece down and then bring the two sides to the middle, overlapping each other, and staple or tape in place. 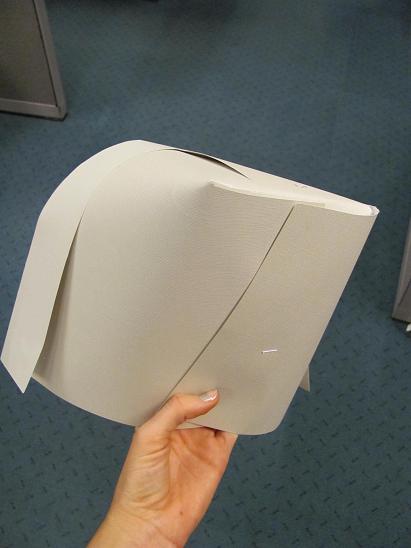 Finally, slide your ribbon under the fold on the front side, and tape or staple in place. Now you can tie it under your sweet little pilgrim face. 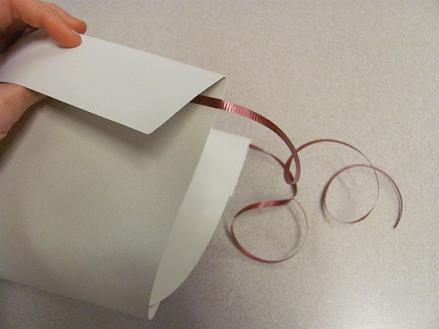 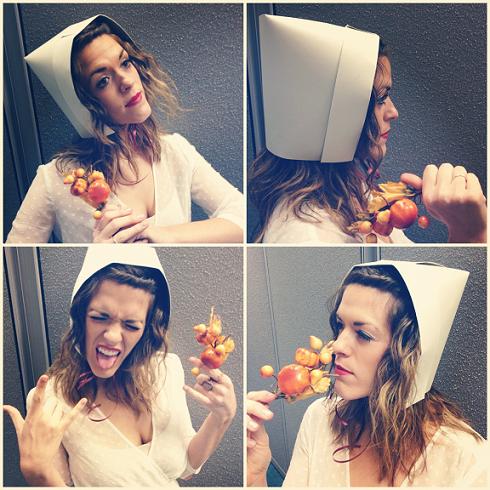 My biggest problem with SWA

Do away with the MASK!