The Heart (of the heart) of Southwest

Employee
Until yesterday, I had never witnessed a Culture Committee meeting.  Hearing about it was the stuff of legends; I knew it primarily as a gathering of Southwest's most spirited People.  I'd heard myths about folks dressing in costumes, sporadically standing up and shouting, and grabbing the mic with reckless abandon.

It didn't take but five minutes for me to confirm at least two of the previously mentioned anecdotes. To explain its function in a literal sense, the Culture Committee at Southwest Airlines is meant to evangelize The Southwest Way: providing Legendary Customer Service, and living The Golden Rule.  The committee is comprised of all departments, all walks of life, and its members hail from all across the United States, carefully selected through an application process. 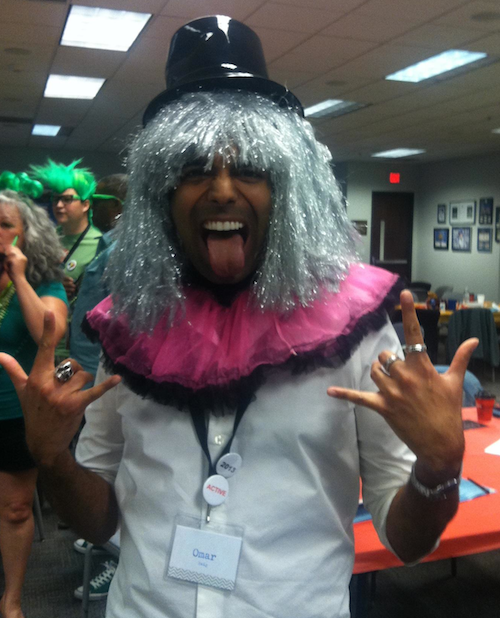 "Drinking the Kool-Aid" is a popular saying at Southwest, usually from the outside looking in (many wear the term as a badge of honor, myself included).  And if Southwest Employees drink the Kool-Aid, the Culture Commitee brews it.  Slowly opening the meeting door, I spied the colors of the rainbow, all finely divided into groups.  Above, you'll notice a member from the white group; below is the yellow group.  Teams existed only to create some friendly competition during the two-day meeting (this is a competitive bunch). 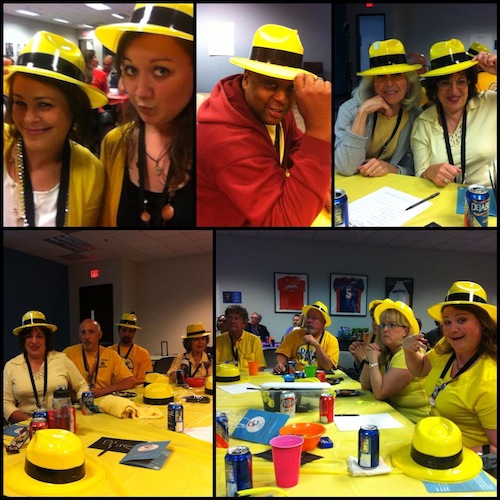 During my brief time with the Culture Committee, I evangelized one of the things I'm passionate about; curating and generating Southwest stories.  One of the highlights is realizing that our actions, not words, usually write the story, and identifying what people are doing is the first step.  Also, too, that even one email, or a simple conversation, can spiral into something bigger and achieve grander results than we had previously imagined.

At the conclusion of my engagement, one of the Culture Committee members, Ann McGee-Cooper, spoke a very memorable quote from Margaret Mead:
"Never doubt that a small group of thoughtful, committed citizens can change the world; indeed, it's the only thing that ever has."
This group of passionate individuals is so stark-raving committed to Southwest Airlines, and humanity in general, that it makes my heart sing.  Indeed, they will change the world.  In my eyes, they already have.

Southwest kicked an autistic three year old off a flight because he would not keep a mask on.