The Journey to Southwest: Three Employees Discover their Unexpected Passion in the Skies

At Southwest, we celebrate the diverse backgrounds and experiences that make our Employees unique! Here’s a sampling of Employees that have made the leap from one career to another, and some of the valuable gems they’ve learned along the way. 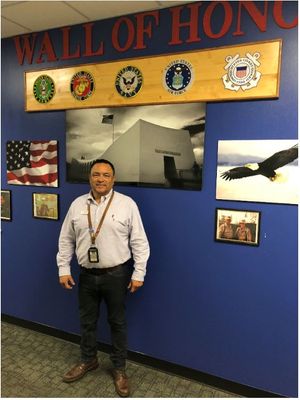 Before Southwest, I … was a Navy Chief

While in the military for 24 years, I worked on various communications projects ranging from telecommunication to media production. I joined the Navy because it promised me an opportunity to not only see the world, but to excel beyond my rough beginnings through the values of pride, tradition, and excellence. I am thankful to have been placed in a foster family who taught me that with hard work and dedication, I could go far in life.

What drew me to Southwest was … that the Company shared my same values of integrity and hard work. Like the Navy, I knew that I could achieve any goal I set for myself at Southwest by doing my best and that the Company would reward my work ethic. I fell in love with the Company Culture, especially the way that veterans are embraced and supported. Both on a Companywide and local level, Southwest helps veterans bridge the gap between military and civilian life.

Being a Navy Chief brings you into contact with different situations and types of people—all of whom you need to be able to communicate with clearly and openly. The same communication skills I used with my military brothers and sisters, I apply to not only my interactions with Coworkers but also with our Customers every day. And as of February 4, I am taking these skills with me as I move into a new role as a Flight Attendant. I’m excited to be on the frontlines and welcome the opportunity to changes lives every day. The Navy afforded me the opportunity to see the world, and now Southwest is giving me the chance to see the nation I defended.

Interested in becoming a Southwest Employee? Visit our Southwest Careers Discussion Forum to learn more about joining our Team. 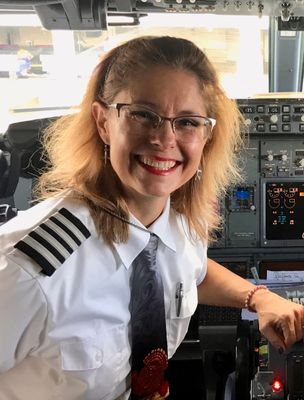 Before Southwest, I … was a veterinarian.

What drew me to Southwest was the fact that all my favorite pilots wanted to work here! The People getting hired with the Company were the most fun people to work with. I just wanted to keep hanging out with the cool kids!

Veterinary Medicine is first and foremost a customer service business. Never once has an animal picked up the phone to schedule an appointment. Plus, owners love their pets like family.

I’ve found that the skills I developed interacting with humans as a veterinarian have really translated well to being a Pilot. Both careers are also applied science fields. We provide a valuable service to the public using a unique set of skills and knowledge acquired after years of study and practice. 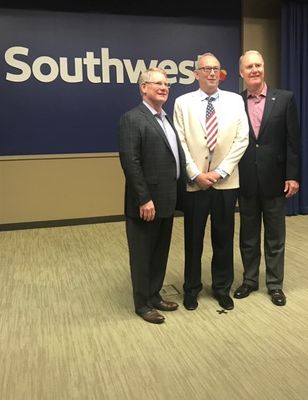 Before Southwest, I … was a TV Producer/Director

I worked 35 years in Hollywood as a TV Producer and Director for the likes of Arsenio Hall, Jimmy Kimmel, and the legendary Dick Clark. I was also there for the early days of “I Want My MTV” and Pauly Shore, and even worked the live red carpets for the Oscars, Emmys, and Golden Globe Awards.

What drew me to Southwest was … I grew up in Seattle and I was an A-List Preferred Customer before joining Southwest as a Customer Service Agent in 2016. My late father would have thought I made it to the airport 40 years too late for what has become my second career.

While Hollywood is all about who you know and using those connections to make deals, I actually found out years later through my time at Southwest that my Heart is actually in Customer Service! As I often say, today I might be a Supervisor, having flown where many of our Customers fly today, but who knows where I’ll be in 2019 when I go Inflight and flex my stand-up comedy muscles in the sky?