The L.C. Smith Terminal--A Final Look on Its Final Day

Today is the last day of operation for the old L.C. Smith Terminal in Detroit.  Since Rob Hahn sent us so many great photos from Detroit, I wanted to use some of them for this little pictorial essay that takes a look at the L.C. Smith Terminal's final days.

When it was built in 1957, the sight of what was then an ultra-modern terminal was probably considered spectacular.  During the time I worked at the airport in 1976, there was a major fire in the restaurant.  From my vantage point at the Delta Cargo building was a big sweeping curve leading up to the terminal complex. Unfortunately, a fire truck took the turn too fast and flipped over right in front of our eyes (thankfully with minimal injuries). But, the terminal building survived.

This is what most airport terminal lobbies looked like all through the 1960s.  You can see the mezzanine above the ticket counters where I had my epiphany to seek out Southwest.

Frontier and AirTran occupy the former Delta ticket counter space.  In 1976, Delta had a large operation in Detroit, and in those regulated days, Delta carried a lot of connecting passengers to North Central and Allegheny Airlines.

I'm not sure where Rob photographed this clock, but what a cool example of 1950s modern style. Doris Day and Rock Hudson would be right at home under this clock. (There are little gems like this throughout the terminal.  For example, you can still find old "PHONE" signs in some locations.)

This is the view of the building from rampside.  Restaurant diners looked out some of these windows onto the ramp.  The facade of the building bears a remarkable resemblance to the slightly newer terminal at Love Field, before the original skin was either replaced or covered over.

On the B concourse, Snow Birds used to wait for flights to Florida.  Since the terminal was built before jetbridges came into wide use, my guess is that the building was completed with single level concourses and that later the upper level was added. 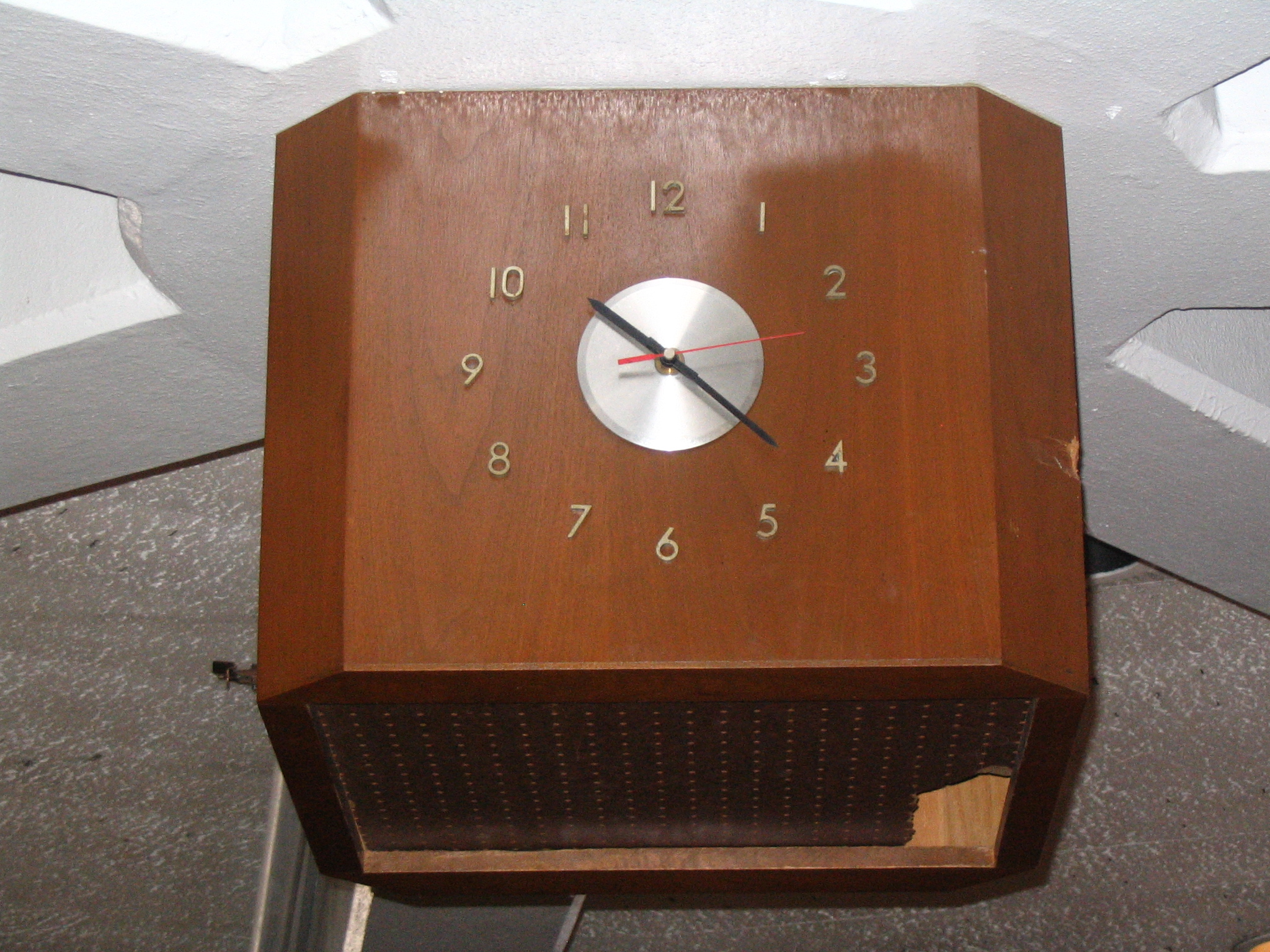 Southwest uses Concourse A, and it is reached via the hallway lined with glass bricks.  Could Detroit's proximity to Toledo, Ohio, the "Glass City," be the reason for all the glass bricks? 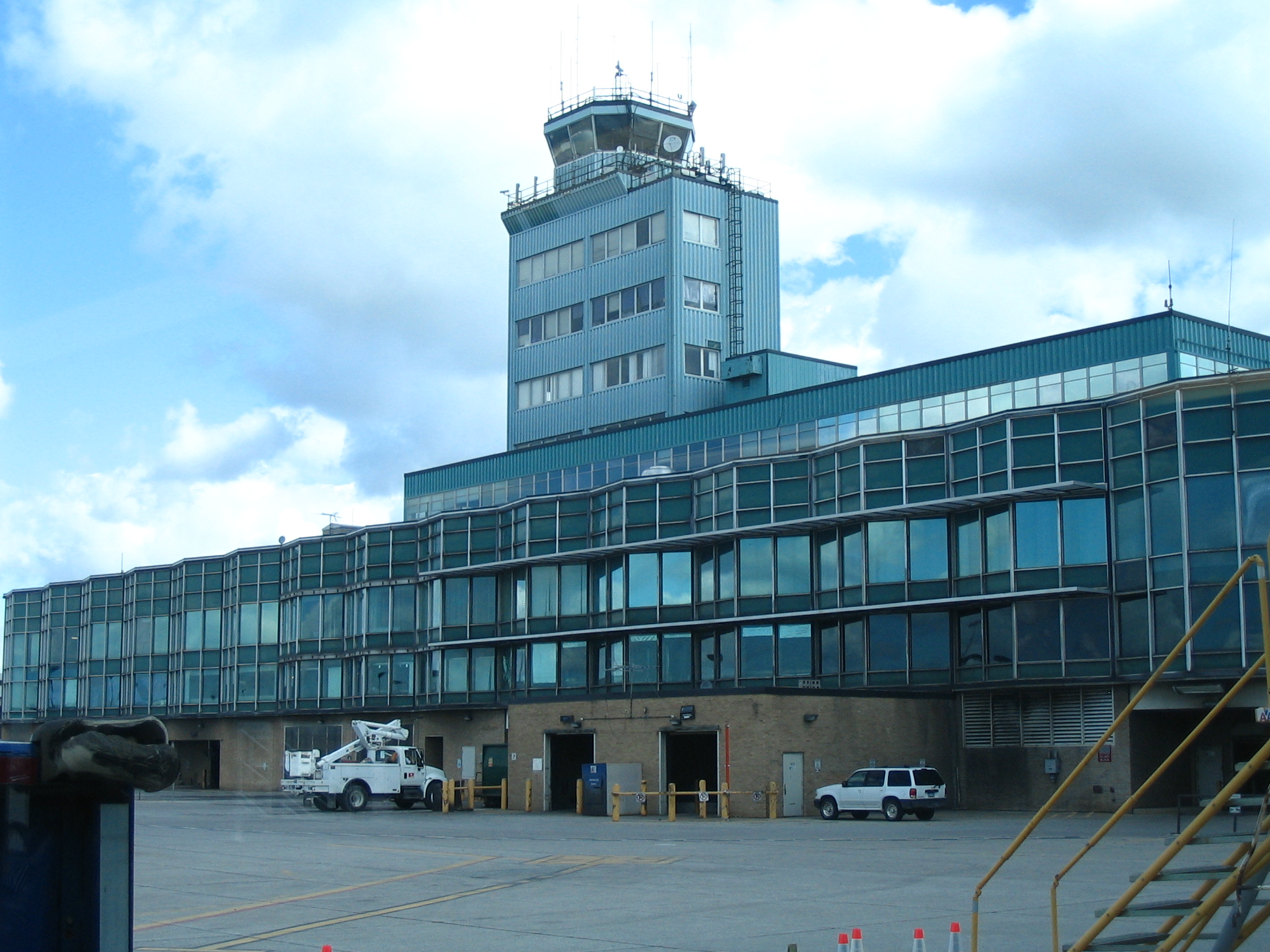 Southwest shares the concourse with US Airways.  The walk to the gate should be much shorter in the new terminal.

In a few hours, the last arriving passenger will drive away from this classic example of 1950s airport architecture.

Christopher2
Explorer C
That wonderful clock is at the center of the A rotunda. It's seen better days, for sure (so has the terminal). The North Terminal is a much-needed and welcome addition, but it's sad to think of parting with something so closely tied to my first memories of flying, especially with Southwest.
6 Loves

joedal
Explorer A
I love looking at the check-in hall of the old airports. The mezzanine level and the overall appearance is just completely unique and it will sorely be missed. I wish I had a chance to experience the Smith check-in hall, I at least had a chance to live in the old concourses that Northwest used to operate in. I am lucky to experience American's and United's operations at O'Hare. Also, will the airport in some fashion keep the old terminal and destroy the concourses? What are the plans, that you guys know of, to deal with the area around the old terminal? Have fun in the new terminal guys!

Anonymous4563
Explorer C
I loved the photos and narrative!
5 Loves

Donovan_Golich
Explorer C
Aww, farewell Smith Terminal. As a fellow Detroiter, I cannot wait to see the North Terminal open. DTW will now be the most operationally capable airports in the world with two new terminals that can accomodate over 36 million passengers a year.
9 Loves

Kim__amp__Larry
Explorer C
I met my wife in 1995 and began a long distance romance between Omaha and Detroit over the next year and a half. In 1996 I flew a total of 30 round trips on Southwest, most of them to Detroit from Omaha. It got to the point that I got on a Southwest jet in Phoenix and a flight attendant said "Larry, don't you usually go to Detroit?" No kidding. My memories of Smith terminal are simple. In those 30 round trips not one was late and I never lost luggage, and those flights always included a stop over at Midway. I didn't really eat at the Smith terminal as I just wanted to get out of the terminal to see my future wife or we waited until the last possible moment before I entered the terminal to catch a flight home to Omaha. Smith was ok at the time, and it was pre-9/11 so not really long lines at security. By the way, since Southwest played such a part in our romance we invited Herb Keleher to the wedding. He wrote a very nice note saying he had a prior commitment but he did send a very nice gift and ever being Herb, invited us to bring "any little ones" along on future flights. Herb would be happy to know that our kids are now 9 and 6 and are seasoned Southwest fliers, both with their own Rapid Rewards cards. We now live in Detroit after 12 years living in Omaha, and we look forward to many trips from the North Terminal, but we'll miss Smith since it was such a big part of our lives all these years ago. Good luck in the new Terminal!
4 Loves

Mike_Lindsay
Explorer C
Thanks for a great article and wonderful pictures. I am a true aviation geek and loved it. My boss and I had a trip to DTW last week and by total coincidence, we were among the last United Airlines passengers to fly out of the Smith Terminal Tue night. As I was walking across the tarmac to our CRJ back to IAD, I recall thinking that we were among the last people to walk that path. Nice to be a footnote to aviation history. I enjoyed your work on this and we actually talked about it and showed pics of the old terminal when we were back in the office on Wed. Jeff's not an av-guy but he liked the historical aspects of our flight home.
5 Loves

Evenden
Explorer C
The first flight I had was with my family on a trip to Florida in 1989. I was nine at the time, we flew United Airlines out of the Smith terminial. I remember those glass bricks, and my Mother lighting a cigarette before we boarded at the gate. (along with flight attendents) Lol. Times have changed, and I have flown in and out of the smith terminal many times since I have been in the Navy. I turn thirty in ten days, and it's kind of weird how things change.. only when you get older you notice. I will miss the Tequilaria!
4 Loves

Chris_Johnston
Explorer C
I can recall flying into Smith many times, having livein Detroit for 6 years, it never bothered me, other than the lack of places to grab some food or a beer prior to flight. Luggage was slow, but usually made it without issue. I liked the rotunda effect by the gates and the old glass blocks and glass light fixtures in the ceiling. One thing I will definately miss is the nice, large openness of the ticket counters. I liked the ease of checking in at Smith, it wasn't crowded like most counters and you didn't have the cattle ropes out to herd you to the counter at American Airlines. I'm sure the new terminal will be nice and modern, but one will always miss the memories of the Smith Terminal - I still never really heard the story of who LC Smith was, does anyone know?
8 Loves

Anonymous2467
Explorer C
Good news! The terminal is still standing, but is no longer in use. Wikipedia said its still in use, only for airport offices. I, too miss the terminal, I remember going to Orlando in 2006 on the plane and going to Haiti on the plane in 2002. It's so sad to see a 50 year old terminal be replaced with a new North Terminal (I think the North terminal is fine)!
9 Loves