The LUV Behind the Bell

It’s been said the inscription on the Liberty Bell conveys a message of liberty which goes beyond the words themselves.  Here at Southwest Airlines, we are lucky to say we, too, have a Liberty Bell, which displays the names of our Founders, historical milestones, and a lot of LUV. 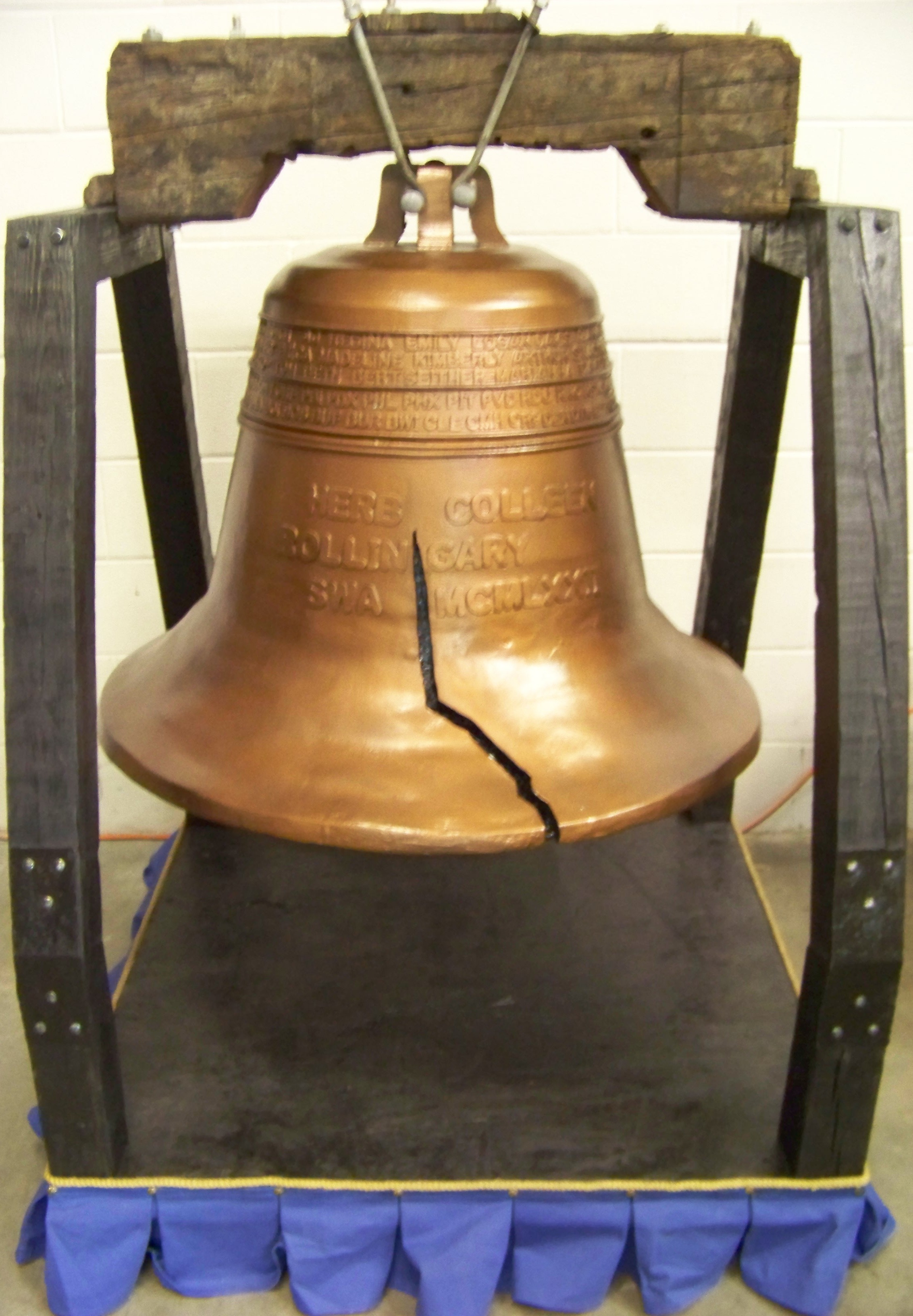 So, what’s the story behind the bell, you ask?


The journey began in May 2008, when Baltimore/Washington (BWI) First Officer, AJ Davis, challenged himself and his six-year-old son, Logan, to create a life-sized replica of our nation’s Liberty Bell for the systemwide Independence Day gate decorating contest.  It’s been an ongoing rivalry between the various work groups in BWI to see who can decorate a gate area the best during the holidays.


Soon after AJ and Logan began building their Liberty Bell, Logan was diagnosed with a very rare and aggressive form of cancer.  As you can imagine, construction on the Liberty Bell was put on hold.  Over the next few months, Logan underwent an extensive chemo therapy treatment plan, followed by radiation, in hopes of eliminating or shrinking the tumor enough to be removed.


During this time, AJ’s Southwest Family stepped in and gave an immense amount of support to Logan and the Davis Family.


In May 2009, Logan received the news he and his Family had been waiting for.  Logan’s tests came back cancer-free.  During Logan’s entire chemo treatment, he never lost his spirit.  All along Logan knew he and his father needed to finish the project they started. 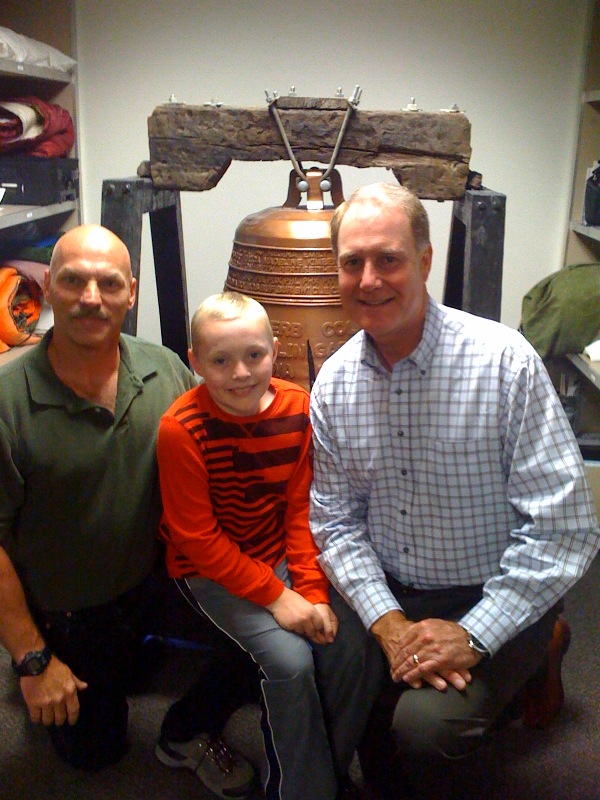 Building the Liberty Bell became a Davis Family project.  It was something that AJ and Logan started together, and they would soon be able to finish.


Would you believe me if I said AJ and Logan built this bell out of an up-side-down flower pot?  Trust me when I say AJ had some great stories of how they built this thing.  A hoola-hoop was used for the rim of the base, along with a lot of spray foam and bondo, complete with bronze spray paint and a crack to finish it off. 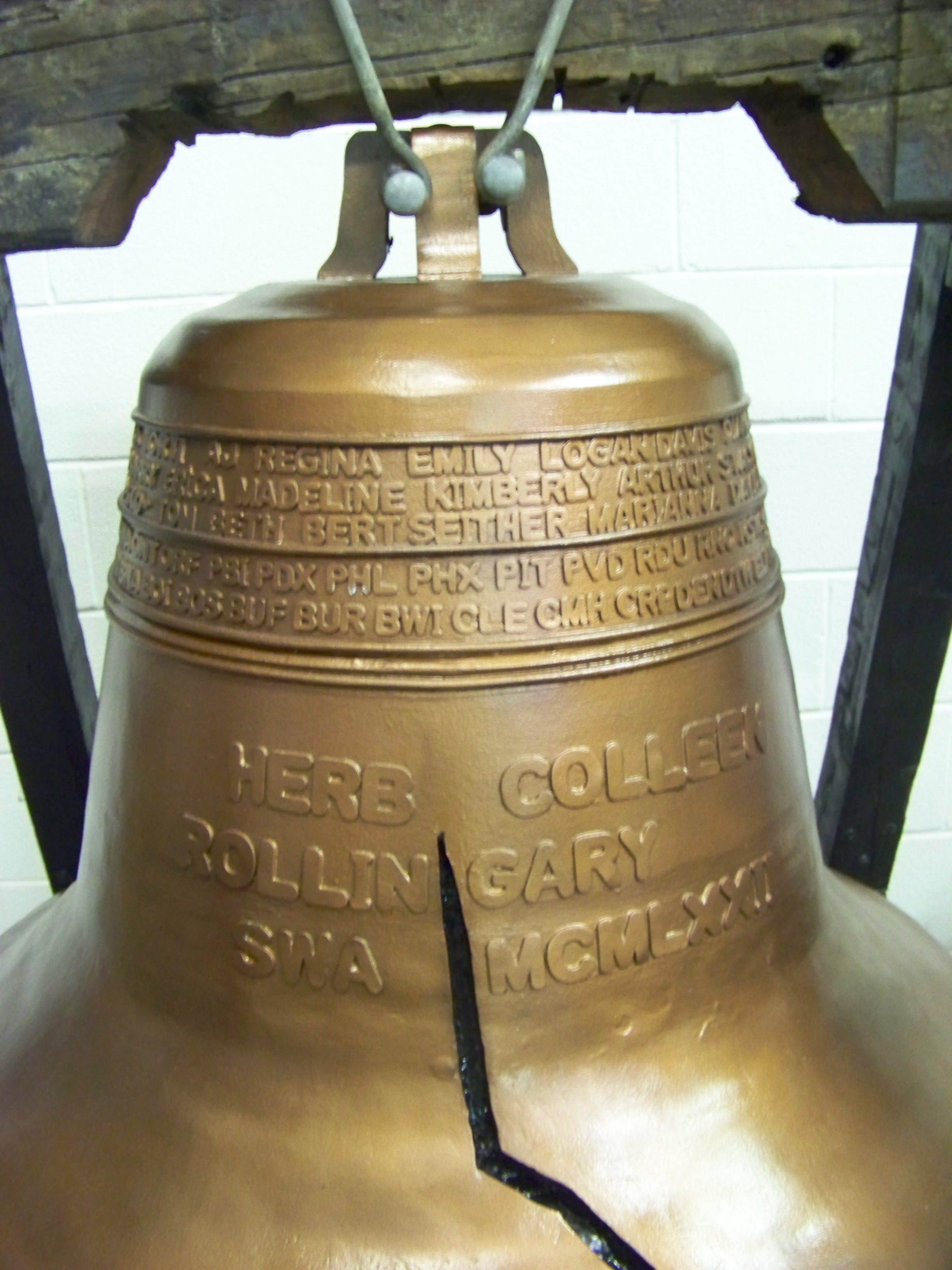 The Davis Family’s journey has been a battle, but with a lot of support from their friends and family they were able to stick it out.  AJ dedicated the Liberty Bell to the many supporters Logan and his family had throughout the illness, and he honored them by listing their names along the top of the bell.  The Liberty Bell is now displayed at the Southwest Headquarters in Dallas as a tribute to our Company and its Employees and as a giant thank you for everyone’s support during Logan’s trying time.


Recently traces of Logan’s cancer have returned, and he will start up chemo therapy once again.  Our thoughts are with Logan, AJ, and their entire Family.  If you would like to send your well wishes to Logan, you can visit his site at www.FriendsofLoganDavis.com.

blusk
Not applicable
Michelle, thanks for clearing up the mystery. Those are very SWA inscriptions on the bell. Brian
13 Loves

Edie_Fabio
Not applicable
Thanks so much for the Liberty Bell story of LUV. Such a testimony to our company culture and the Davis family. Excellent workmanship on that Bell! Praying Logan be totally healed... Edie
13 Loves

Candi
Not applicable
What a beautiful story. I had tears in my eyes reading about brave little Logan and his courageous loving father FO AJ Davis. Thank you so much for sharing your story. It brightened my day and made me feel proud of you, and Southwest. God Bless
16 Loves

Anonymous3412
Not applicable
What an inspiring story, We will pray for Logans recovery. And it's nice to know that a big company like SWA has even a bigger heart. Love you Michelle
16 Loves