The November/December 2016 Schedule is Now Available! 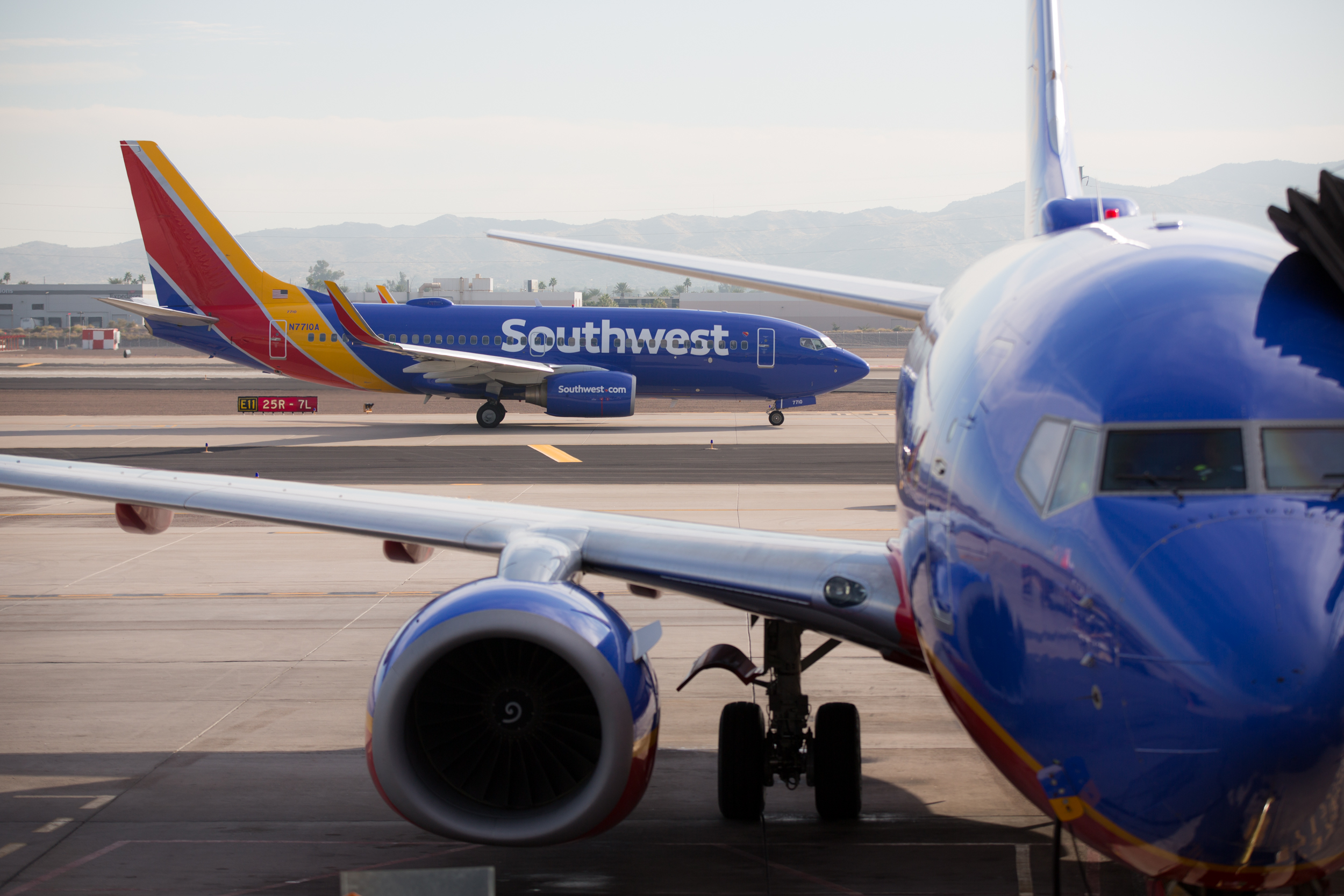 Four thousand flights in one day.  New and discontinued markets.  Frequency adjustments on a nearly daily basis.  And all together?  Must be the November/December schedule, the most complex and difficult of the year, and it opens today! On Thanksgiving Sunday, November, Southwest will cross the 4,000 flights in a single day mark, when we’ll have 4,068 departures scheduled on one day, more than any day in Southwest history!  This is a huge milestone for Southwest—for any airline, really—but don’t forget, we’re flying over 4,000 flights that day all for one reason:  our Customers.  It’s not the number of flights, but the number of memories that Southwest will help our Customers to make.  After all, most folks like to get away for the holiday, and it seems like all of them want to travel back home on that Sunday.  And it’s not easy to meet all that demand! But with the way our airline is growing, I’d bet 4,000 departures a day will be routine for Southwest soon enough! Overall, the November/December schedule is reflective of the change in seasons, both from an operational as well as traffic perspective.  Flying times and turn times are reflective of cold-weather operations and travel patterns (Snow Birds, anyone?), and these are carried through all of the schedule permutations we’ve published for the Thanksgiving and December/New Year’s Holiday schedules.  Out of the 646 markets we serve in early November, we’ll add or initiate service in 97 of them, and reduce or eliminate service in 51 others. In “new nonstop” news, we are adding four totally new nonstop markets. On the other end of the spectrum, we’re ending our nonstop between Atlanta and Oklahoma City (intended to be a permanent cancellation), and ending seasonal nonstops in three markets. Details on all frequency changes may be found on the attached spreadsheet.  Note when looking these specifics that those numbers are based on a typical weekday during November and December—the numbers on days when we’ve cut more service, or added more, may be different.  (And objects in the mirror really might be larger than they appear!) November 27 will definitely be a busy day for Southwest—certainly one for the record books.  But every day is a busy one, and every flight we complete is one for the record books! I also want to quickly acknowledge the big news Gary revealed at the Annual Meeting of Shareholders yesterday in Chicago: we’re applying to fly from LAX to Cancun, Puerto Vallarta, and San Jose del Cabo/Los Cabos!  We’re filing the application for route authority with the DOT this month and if it is approved would start service in November.  It’s an exciting time as both countries are poised for a new chapter of low fares and more service as soon as the pending Aviation Agreement goes into effect.  Stay tuned for more on that! Enjoy the details page, have a great weekend, and let me know if you have questions.
attached spreadsheet ‏883 KB
10 Loves
3 Comments

stevexc500
Not applicable
Great job Bill! Love to read the analysis. I am constantly intrigued by the work that must go into this. That said, I just returned (on Southwest) from LAS to MSP. Would love to see that market added. I keep tabs on the MSP numbers and passengers and loads seem to improve year after year! Steve
0 Loves

eric_in_ky
Not applicable
Hi, Bill - Any plans to revive the SDF-STL route? I used to fly SWA exclusively, but when the SDF-STL route was cancelled a few years ago, I had to make a connection in Chicago. Since I had to change planes anyway, I started looking at other carriers, and found that many times I could fly as cheaply on other carriers, and had more scheduling options, so I've since taken whichever fare/schedule combo worked best for me. I can get a direct flight from Nashville, but I have a 3 hour drive there - so time-wise, it doesn't save me anything. Most of my travel is to central MO or Kansas City, so the SDF-STL leg was crucial - could be on the ground in STL in an hour, or if I were going to KC, I did a one-hop SDF-STL-MCI, and could be in KC in 2.5 hours. Now it's a minimum of 4.5-5, and depending on weather/traffic, could be much longer. I've given up on STL flights - I can get in my car and drive, and be there in the same amount of time - and much cheaper than any flight. Bring back the SDF-STL route, though, and I'll gladly swap my 400 mile drive!
0 Loves

darlene
Not applicable
Why did Southwest drop non-stops from Washington Dulles (IAD) to Chicago Midway (MDW)? Those flights were always full and now it's all gone. I'm now stuck using Delta and spending hours with connecting flights.
1 Love

Trip for March 2020 During COVID - Not Extended