The Road to 1600: Nellie's Youth Village

When we celebrated our 40th anniversary, Southwest Airlines decided to give flight to the dreams of nonprofit organizations across the nation.  We did that by giving away 1600 roundtrip tickets—40 roundtrip tickets for 40 nonprofit organizations. We asked nonprofits to send us a photo and an essay describing what they’d do with 40 tickets from Southwest Airlines, and with only 36 hours to submit their entry, they had to think fast.

We were overwhelmed by the amazing response we received and after evaluating each essay, we chose 40 deserving winners.  We filled FedEx envelopes with 40 tickets each and shipped them to different cities throughout the country.  We gave the nonprofits 18 months to use their tickets and we asked them to share the details of their trips once they arrived back home.  We’re pleased to say that 18 months later, their amazing stories are rolling in and we’d like to share a few of them with you:

Nellie’s Youth Village was formed to create a safe place to provide various educational and recreational services to low-income at-risk children ages 5 to 16.  They work to teach these children to grow into responsible, self sufficient adults by providing them with the tools to develop constructive practices and goals.

The following story comes to us from Nelli's Youth Village founder, Nellie Bogar. 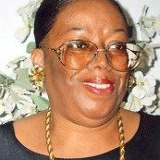 It all began with Lauren Magli, Events Manager, Destin Charity Wine Auction Foundation.  Lauren informed me in July of 2011 about the Southwest Airlines ticket giveaway. 40 tickets each were to be awarded to 40 nonprofit organizations across the nation as part of the airline’s 40th anniversary celebration. The contest, which was open for less than two days, asked applicants to explain what their organization was about, why they should be chosen and what trip they would take if awarded the tickets.

After consulting with the children, we decided to make New York City our destination because of its diversity as well as its educational and recreational sites.

When we got the call that we had won, I was stunned!  Even behind the closed doors of my office, the children could hear me screaming with joy!  It took many months of planning and fundraising for hotels, food, and attractions, and planning to make it work.

We took off for New York City on June 4, 2012. One of my most memorable moments came when brothers Herbie, age 9, and Isaac, age 8, were sitting across the aisle from me when the plane was about to take off.   Isaac and Herbie hollered with joy while grabbing each other’s faces saying "look at us... we’re flying!"  We weren’t even off the ground yet; we were taxiing down the runway!  Thinking back on our trip, I am filled up with so many wonderful moments like that one. 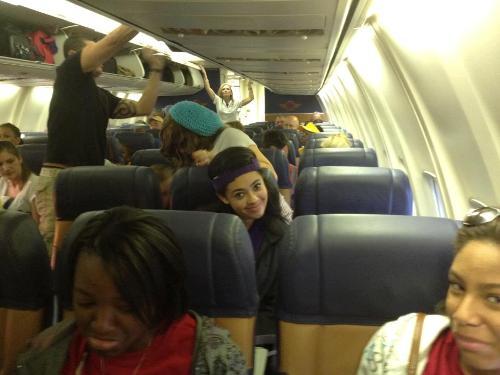 Every day was so special.  My sister, MaeRetta, who lives in New Jersey, bought tickets for everyone to see The Lion King on Broadway.  I cannot describe how happy and thrilled the children were to actually sit in a theater and see a live show in NYC.  One of the girls asked if we could stay and see it again!

The kids also got to see the Statue of Liberty and Ground Zero which was VERY moving.  I’m originally from New Jersey and have been to New York literally hundreds of times, but this was the best because I saw it all brand new through the eyes of my kids! 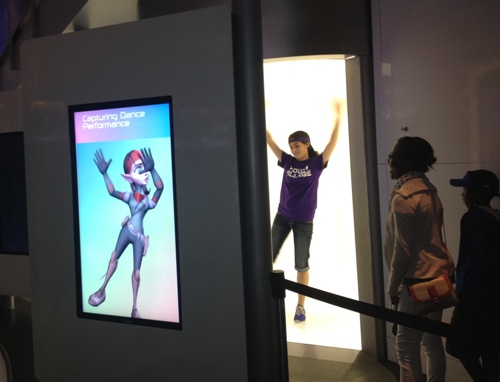 This was a trip of a lifetime for these children.  At least 90% of them are from low-income single-parent households.  From donated meals for a picnic in Central Park to chaperones volunteering their time, I was overwhelmed by the support we received from companies and individuals who made this trip possible for us.

Thanks again and again Southwest Airlines, you made a difference in the lives of many children.