The Times, They Are A-Changin’: Daylight Savings Time is Here! 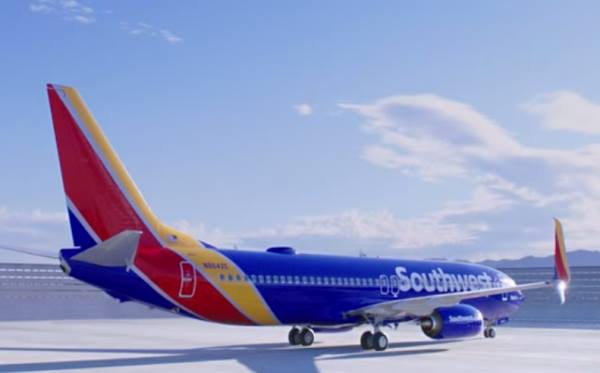 Ah, Daylight Saving Time.  The two days each year that mess around with our sleep patterns (and I don’t count New Year’s Eve—that’s self- inflicted!).  This weekend, Sunday, March 8 to be exact, is the one where we LOSE an hour of sleep.  But, we trade an hour of early morning sunshine for an hour of evening sunshine, so after the sleep deprivation wears off most of us appreciate the change! Daylight Saving Time (DST) has a history that goes back thousands of years. Many ancient civilizations including the Greeks, Romans, Aztecs and Mayans used to practice something similar to what we know as DST. Still, the United States didn’t adopt what we know now as DST until World War I as an energy-saving measure in 1918.  What’s interesting from our perspective is that for the first 11 years of our existence, Southwest didn’t really have to worry about time change.  All the cities we served up until 1982 all observed DST, all on the same day (by national decree), and since we didn’t fly overnight flights we didn’t have to jump through a lot of hoops.  But in June of 1982 we brought LUV to the Valley of the Sun, and because Arizona doesn’t observe DST, Southwest had to start dealing with how to handle the shift in time zones.  Then we added Indianapolis, which also at the time didn’t observe DST, then we added Tucson.  Then Indiana decided to start observing DST so we had to adapt again.  So we’ve gotten good at dealing with the bi-annual DST change in America! All US cities and states that use DST make the change on the same two dates. It’s predictable, doesn’t change often, and all we know this drill.  But now that Southwest is a player (and a growing one!) in the international arena, we have LOTS of new Daylight Saving Time rules…and they change, sometimes suddenly!  Many destinations in the Caribbean and Latin America don't observe DST, others do on the same dates as the United States, still others observe DST but change on different dates than the USA, and a few have different sets of rules for the nation depending on what region you’re in.  And many of you may ask how other airlines (including AirTran and Morris) were able to handle this for so long.  Easy answer:  we’re different!  Seriously, we are, in terms of all of our operating systems.  The majority of them were internally developed for Southwest’s unique operating profile.  And now…we get to change again to handle more international ops! So as we get ready to lose an hour of sleep in most of the USA, it might be a good opportunity to lay out how nations around the world handle Daylight Saving Time. Next week, as you’re waiting on the caffeine to kick in, think about how the rules may be different but nearly two billion people on our planet at some point have to go through the same “DST Blues.”  And as we grow to be the world’s most loved, most flown, most profitable airline—we get to keep embracing change!  Let me know, as always, if y’all have questions or comments.  Enjoy your weekend!
6 Loves

California Residents: Apply to be a Southwest Airlines Flight Attendant

Way too long of a wait time for telephone customer service