Today We Pause and Remember 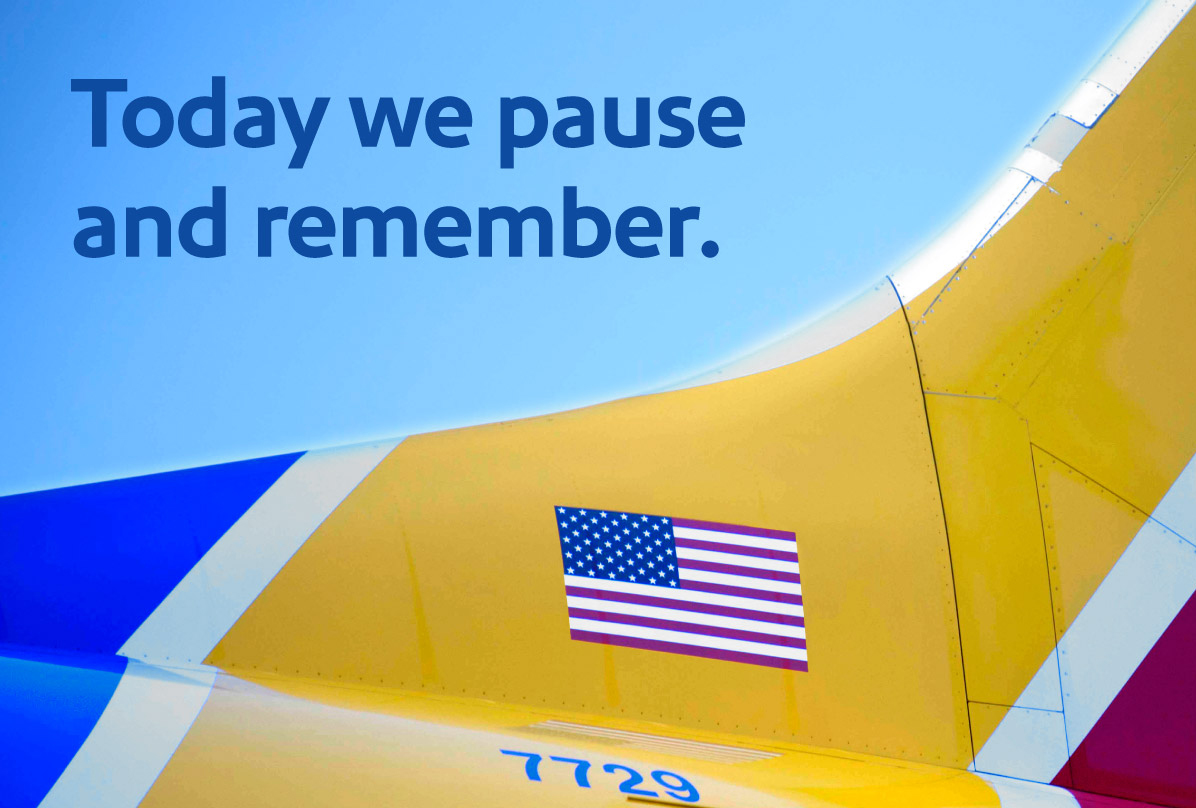 Today, we pause to remember the tragedy that forever changed our country and our industry.  It was 14 years ago this morning, on what began as an otherwise ordinary morning that quickly changed into a day that none of us will ever forget.  But in spite of the chaos and destruction that ensued, it was also a shining example of how our unconquerable esprit de corps brought us all together as a family to overcome the biggest challenge our industry had ever faced. For almost three days after the terrorist attacks, the skies over the United States remained closed to all but a select few military and first responder flights.  By the end of the week, Southwest was able to resume operations with a heavily modified schedule in an entirely new environment of procedures and restrictions.  At 10:35 a.m. on Friday the 14, Flight 145 departed from Nashville with 49 Customers aboard, along with the pride of the (then) 33,000 Southwest Employees with a mission to keep America flying. Today, the more than 46,000 Southwest Warriors keep this legacy alive.  While thankfully no Southwest aircraft were involved in the attacks of September 11, many Employees have since joined our family from other airlines or carriers with a very different story.  As the President said in remembrance of the tragedy, “One of the worst days in America’s history saw some of the bravest acts in Americans’ history. We’ll always honor the heroes of 9/11. We pledge that we will never forget their sacrifice.”
7 Loves