My love for Southwest Airlines was reaffirmed last night.

Last week, I flew to Chicago to have some meetings, celebrate the release of the Love is an Orientation DVD, and see some family. While I was visiting my dad in Mishawaka he brought out this amazing gift (seen above) for Jackson, our 10-month-old.

It’s a late 1950′s Farmall Pedal Tractor. Any self-respecting boy would love this thing… and I can see why grandpa thought Jackson needed it. When he gave it to me he said, “You can carry that on the airplane, right?” I laughed. “Um, no. I’m allowed one personal item and a carry-on but that’s way to big. Maybe I can check it?”

Like father, like son, right? Neither of us are known for thinking things through. All he knew is it would be awesome and we could figure it out. Well, in this case he must have known I’d figure it out!

I knew it was too big and too oddly shaped to go on a plane. My plan was to put it in my rental car and take it to a UPS Store in Chicago to mail it. And if that was too expensive I’d find a friend with a child who would love it or even donate it to charity.

But there was no way that thing would fly. It was too big. 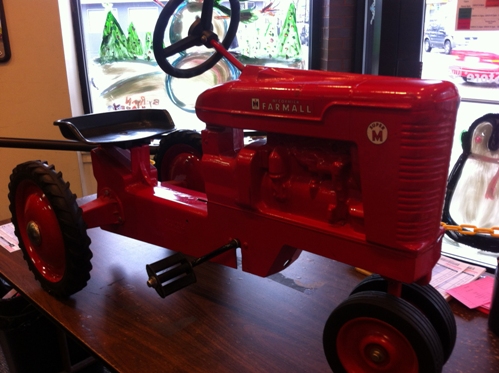 On Saturday I took it to a UPS Store in Wrigleyville. I waited in line, getting oohhs and ahhhs from city dwellers dreaming of their country upbringing. When I got to the front the clerk was up for the challenge. He carefully measured and found a box for it. Then he did  the estimate for UPS: +/- $250.

Yikes! That would never work. I left it there for a couple hours, asking him to pack it in a box and look for other options. When I came back it was expertly packed in a massive wardrobe box but it was now officially too large to ship. (USPS doesn’t take boxes that big. And I don’t have the credit to ship it FedEx!)

I took it and put it back in the car. Literally, it took up half of my rental SUV. This box was HUGE! And I was stressing out a bit about what to do with this tractor. Kristen even suggested that I get on it and ride it to San Diego.

Yesterday, I took it to my cousin Maria’s house. Maria can fix anything. Literally, McGuiver calls her when he’s in a bind because she is that good. So we took it out of the box and roared with laughter. The UPS Store had bubble wrapped it, bedded it in millions of packing peanuts, and sealed it in this amazingly large box which was 11 inches too big for Southwest’s oversized baggage policy.

“Let’s just trust Southwest. They’ll figure it out.” I said that not really thinking they would. Even without the packaging it was slightly too long to fit into their policy. At the same time, I have heard and read in Spirit for years how accommodating Southwest can be. (Remember, they even had a reality show all about that!)

So here I am, walking through Midway with this big, heavy die cast red tractor. Standing in line to check it there were little kids (and their dads) all over wanting to look at it even though it was fully bubble wrapped.

When it was my turn to check in I put the tractor on the scale and swiped my credit card at the kiosk to print my boarding pass. When the agent came over to grab my bag she started to laugh. “What is this?” So I told her the story about my dad giving this to my son and how I’d tried to ship it and I was just trying to get it home for Christmas.

She didn’t bat an eye. “He’s going to love it. Just sign this damage waiver and we’re good to go. We’ll get it there.” That was it. No more questions. And no charge. Yes, bags fly free. But this was too big to be considered oversized. No charge, just a smile.

A few hours later, after an uneventful flight to San Diego, I waited in baggage claim to see how it turned out. I expected it to come out in the oversized bag area, where the golf clubs come out, and would not have too surprised to see parts.

Then I heard the snickers and giggles. There it was! In all it’s red tractor awesomeness, making its way around the carousel– in perfect condition! 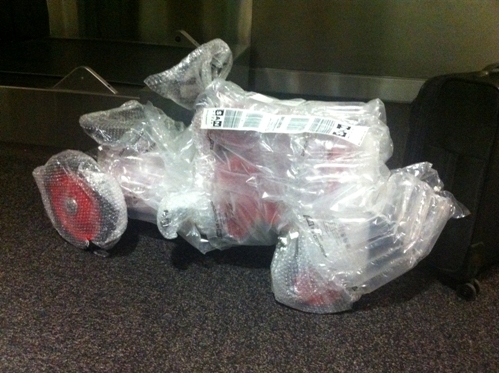 Thanks Southwest. Your commercials say, “Bags Fly Free,” but I’d like to point out thatTractors Fly Free, too.

Victoria_Findle
Not applicable
Ahhhh in the spirit of Christmas...anything is possible ! Way to go Southwest !
6 Loves

Kate_Luthner
Not applicable
My dad made my daughter a gorgeous shaker style toy box and he used SWA luggage policy as a size guide. No problems getting it from NY to MN. Thanks SWA.
5 Loves

bob-morrell
Not applicable
Terrific! Just got back from Ft. Lauderdale on a cruise with Royal Caribbean's Allure of the Seas. Love Southwest, y'all! Being from Franklin I will not ever go wrong using Southwest on every flight!
3 Loves

Jan_Petrilli_RN
Not applicable
If Southwest doesn't fly there, I don't go. I hope Jackson loves his tractor. I, too, have a grandson named Jackson. He got a John Deere.
3 Loves

Anne_Fish1
Not applicable
You can always trust Southwest to do the right thing. The true spirit of Christmas. No one can beat Southwest..they Rock!
3 Loves

sharen_Clark
Not applicable
I think that is wonderful, that SWA has such a good heart. Let us know how Jackson liked his new red tractor, Every little boy needs an tractor, and even some big ones too. Merry christmas
3 Loves

Debbi_Reecer
Not applicable
Awww! I grew up with a John Deere pedal tractor. This melted my heart, Southwest!
3 Loves

w5pda
Active Member
Yet another reason for me to LUV Southwest...As if I needed one ;-) Paul In CRP
3 Loves 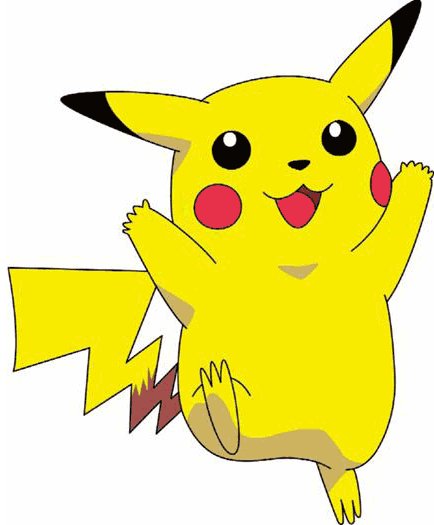 Marilyn_McLane
Not applicable
As a member of Jackson's long distance family in the Midwest ,I am truly grateful to Southwest.You will be my first choice for future flights.
4 Loves