Travel Weather Forecast: Any Relief in Sight from the Rain this Weekend? 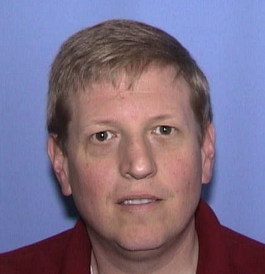 A series of very slow moving weather system have been responsible for some very wet weather across much of the eastern half of the country during the past few weeks.  These systems have been responsible for major flooding, bouts of severe weather, and many significant air travel disruptions. So now that we enter the first full weekend of the summer 2014, will any changes take place, or will the wet weather pattern continue?  Unfortunately, the answer to that question will really depend on just exactly where you are this weekend. You’ve probably heard about the flooding in Minnesota and the record rainfall totals there over the past few weeks.  In fact, thus far in June, Minneapolis has officially recorded 10.85 inches of rain which is over three and a half times the normal for the month.  That rain, when combined with unusually heavy snowpack, swelled river levels well past flood stage. The Chicago area has also been very wet with many stretches of daily precipitation this month.  As of today, 5.44 inches of precipitation have fallen at Chicago-Midway which is over two inches greater than normal amounts this month.  Rainfall totals have also been high in Ohio with Cleveland already at 5.41 inches of rain, which is more than double the June average, and Columbus more than 1.5 inches already over their June normal. Parts of Texas have also experienced a very wet June with the Houston area receiving double the average rainfall so far this month; however, drought conditions continue to exist in much of the state including Austin, San Antonio, Corpus Christi, and Dallas. A series of “cut-off,” low-pressure storm systems and some very slow moving cold fronts have been responsible for much of the weather in the east.  Gulf moisture continues to fuel smaller storms in much of the south and southeast.  As we progress through the end of this week, a cold front will move off the east coast Thursday.  This will bring more seasonable weather over the weekend to metro D.C. and New York City with afternoon high temperatures in the mid-80s, with just the threat of afternoon thunderstorms.  Isolated thunderstorms will also be in the weekend forecast in both Chicago and St. Louis with afternoon highs in the mid-to-upper 80s. Most of Florida will continue to experience typical afternoon and evening thunderstorms, and further to the north, more isolated coverage of showers and thunderstorms will be found around Atlanta. Meanwhile, out west it will be hot with afternoon highs between 105 and 110 in Phoenix and Las Vegas and highs in the mid to upper 90s in Sacramento.  Expect typical morning low ceilings in southern California with seasonable temperatures in the mid-to-upper 70s along the coast and the mid-to-upper 80s inland.
4 Loves