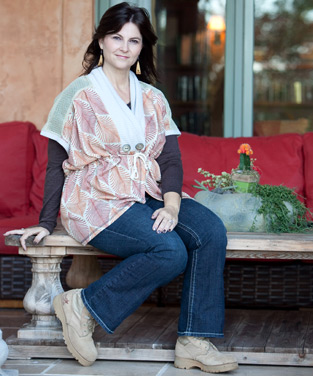 It’s typical for musicians of all kinds to frequent the Austin-Bergstrom International Airport (AUS) on any given day, but on this particular day, country music artists Jack Ingram and Granger Smith set off on a not-so-typical adventure.

On two flights from AUS to Dallas Love Field (DAL) on July 23, Southwest Airlines Customers jettisoned the word typical.  Onboard one flight was Country Music Artist Granger Smith, and on a second flight was Texas country music artist Jack Ingram, both who delighted the 137 Customers onboard with a surprise concert at 35,000 feet in the air! 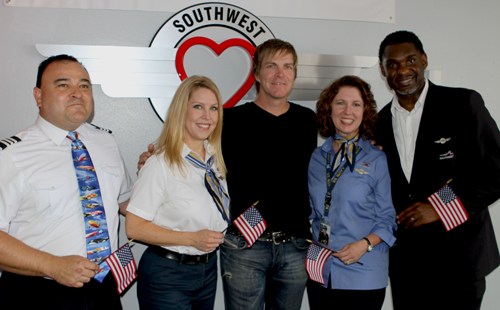 The fun didn’t stop once the seat belt light came on and the plane landed.  The concerts were just the beginning of a day chock full of people gathering to make a difference and show LUV and appreciation to our military.  Specifically, Retired Army Specialist Jeremy Smith, who was injured in 2008 in an ambush in Afghanistan and for which he is still undergoing surgeries to repair the long term and devastating damage.  After performing three songs from the front of the aircraft, Jack personally thanked Jeremy for his service to his country. 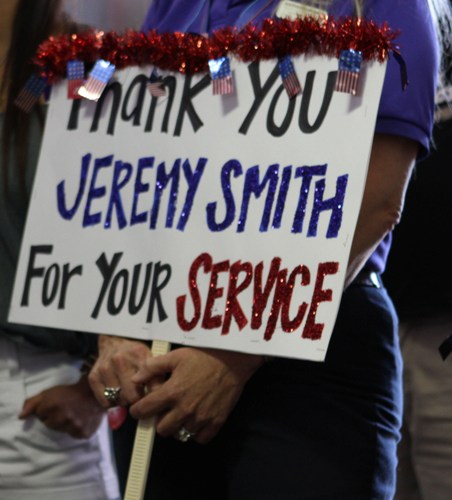 The flight was welcomed in DAL with a special water cannon salute.  Once they arrived at the gate, Jeremy and his fiancée Sarah were escorted off the plane by Jack, where they were met at the end of the jetway by Southwest Airlines Employees, The Boot Girls from the Boot Campaign, General Leroy Sisco of Military Warriors Salute Foundation (a charity partner of the Boot Campaign), Granger Smith, along with a host of cheering Americans.  In a moment that can only be defined as extraordinary, Jeremy and Sarah were presented with a mortgage-free home, catching them completely off-guard!  This delighted many in the crowd who were wearing the Boot Campaign’s signature combat boots to show their thanks to Jeremy for his service. 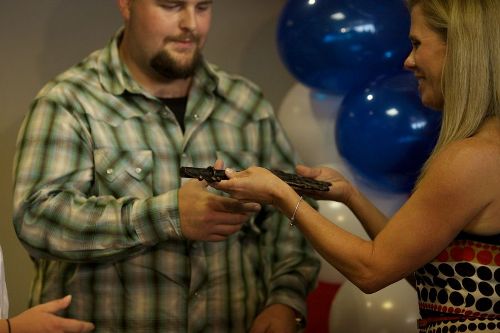 Overcome by delight and disbelief, Jeremy and Sarah were then escorted over to the Southwest Airlines Headquarters parking lot, where both Granger Smith and Jack Ingram performed an exclusive concert for Southwest Employees on behalf of the Boot Campaign.  While the music played, Southwest Employees swarmed the Boot Campaign tent to show their LUV for the military by getting their feet in combat boots. Proceeds from the sale of the boots are used to honor wounded military with things like mortgage free homes.  Find out how you can get your Boots on the ground by visiting www.bootcampaign.com.

Hire more in call center to reduce2hr wait on hold

Counter open times are not correct

Does southwest have any specific policies in 2020 on mace/pepper spray or tasers?