“Is this Heaven?  No, it’s Iowa.”  I thought quoting the movie Field of Dreams was appropriate for this blog post. Southwest Airlines began service at Des Moines International Airport (DSM) yesterday, and I couldn’t be more excited!  I was so fortunate to be a part of the ferry flight into Des Moines, and also enjoy the festivities as the Governor, City Officials, and our very own Executive Vice President, Ron Ricks, kicked off service to Des Moines.  What does this service mean to me? It’s a dream come true! It combines two of the most important things in my life: My Family and Southwest Airlines. 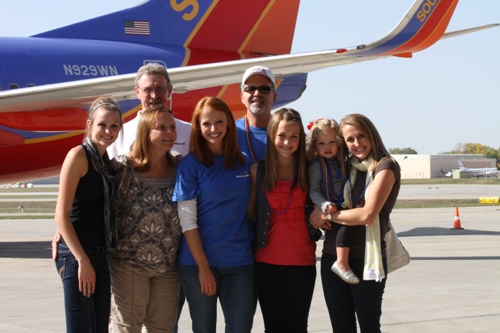 Growing up in Ankeny, Iowa, a suburb of Des Moines, I knew very little about Southwest Airlines. It wasn’t until I moved to Dallas, Texas, (almost ten years ago) that I discovered Southwest, and like everyone else, fell in LUV.  During the DSM celebration on Saturday, Ron Ricks commented on how the people of Iowa are very similar to the People of Southwest Airlines.  I can’t agree more.  It was a great place to grow up. The people of Iowa are very welcoming and down-to-earth, and to say they are excited about the arrival of Southwest Airlines to DSM is an understatement!

When I first moved to Dallas, my family in Iowa would always ask, “When are you moving back?”  They just didn’t understand how special Southwest Airlines was, and what my job here meant.  So after responding, “I’m not …” the second question was always, “Do you think Southwest will ever fly to Des Moines?” “Not any time soon,” was usually my response.  That all changed a couple of years ago when Southwest Airlines announced it would acquire AirTran Airways.  In fact, I first found out about the acquisition from a friend in Des Moines who sent me a message asking if it meant Southwest would be flying out of DSM.  Almost two years later exactly, here we are, beginning service out of my hometown. 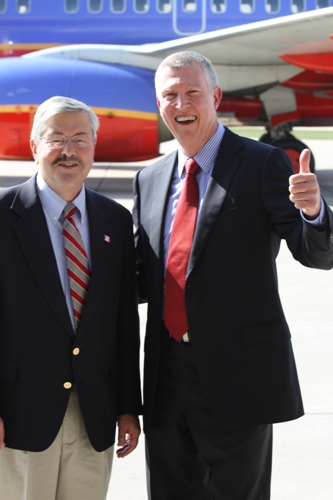 Needless to say, I’m pretty darn excited about this new service!  After years of flying into and out of Omaha (OMA) or Kansas City (MCI) on Southwest, or flying other not-so-friendly carriers into DSM to visit family, we’re finally giving residents of Des Moines the freedom to fly! 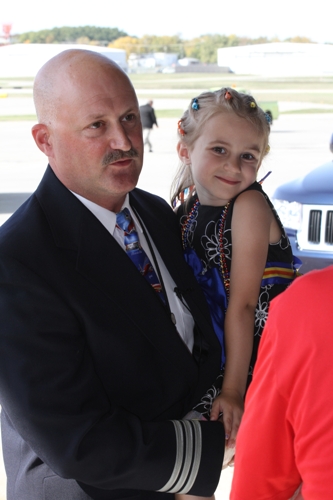 So to quote another movie about Iowa, The Music Man, “You really ought to give Iowa a try.” To those of you who haven’t had a chance to visit the great State of Iowa, I do have a few recommendations.  Be sure you get a chance to eat some corn; check out the greatest State Fair in the world; visit Living History Farms; go to an Iowa vs. Iowa State Football game; head to Downtown Des Moines to visit the Farmers Market or the fun nightlife; check out the beauty of the Botanical Center; take in a concert at Simon Estes Riverfront Amphitheatre; and take a tour of the most beautiful State Capitol building in the country (in my own humble opinion), just to name a few.  So I am humbled and honored to get to say to the residents of Iowa “Welcome to Southwest Airlines,” and to the People of Southwest, “Welcome to DSM!” To both, you’re gonna LUV it!

grazie
Not applicable
Southwest, It's nice that you are flying to Des Moines, but when are you going to fly to Aspen, CO???
41 Loves