What Is on Your Fourth of July Playlist? 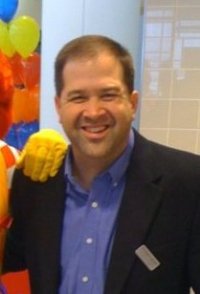 Growing up an Air Force brat and the proud son of a Vietnam Vet, Independence Day was always a big deal. Granted, when you lived on a military base, every day was like a mini Fourth of July. Every morning at dawn, the honor guard raised the large American flag up the large flagpole in the middle of base. And, every evening, the flag was taken down as the "Star Spangled Banner" played on loudspeakers that could be heard several miles away. It didn’t matter if we had a mean game of football or basketball going, we all stopped what we were doing, put hand to heart (cars even stopped along the busy roads), and faced the big flag as it was lowered for the evening. Those sights and sounds are still with me to this very day.

Independence Day will be a day of reflection, remembrance, and celebration for me for several reasons. This Fourth of July marks the first under the leadership of an African American U.S. President. No matter your political view, the significance of this should not be lost on anyone. This also marks my first Fourth of July working here at Southwest Airlines. To work for a great American success story is a liberating and humbling experience. The talented and diverse People who work for this Company are truly focused on the unifying notions of living The Golden Rule and giving everyone, “the Freedom to Fly.” Every day I am blown away by their dedication to Customers and LUV for one another.

The beauty of this holiday is that it gives all of us the opportunity to take a break from our busy lives to celebrate with our friends and family the Freedoms that generations of men and women fought for, and to focus on what unites, not divides us. Whether your celebration includes grilling in the backyard, visiting Willie Nelson at his Fourth of July Picnic, or heading to Beantown to watch the legendary Boston Pops Fireworks Spectacular, take note of the patriotic sights and sounds of this weekend. Here are just a few songs on my Fourth of July Playlist (Francis Scott Key and Lee Greenwood aside) that remind me of what an incredible country we live in and, despite all our differences, we really are united in both in good times and in bad.

What’s on your playlist?