What’s Orange, Blue, and Iced All Over? The Southwest Rink at Skyline Park!

The Big Game may not be until Sunday, but we were itching for some football and weren’t going to let the freezing Denver temperatures stand in our way. So, in the spirit of orange and blue, the Southwest Rink at Skyline Park was lined, painted, and transformed into a football field … on ice. With the help of CBS4 News Anchor Jim Benemann and former running back Reggie Rivers, the Denver-based Employees hosted a pep rally for the Big Game that excited children and adults alike.  The Montbello High School Drumline kicked-off the afternoon with a performance accompanied by the Montbello cheerleaders.  Attendees played the Southwest Ice Challenge to win fun prizes and one lucky winner snagged a touchdown-celebration worthy prize, a pair of Southwest Airline tickets! 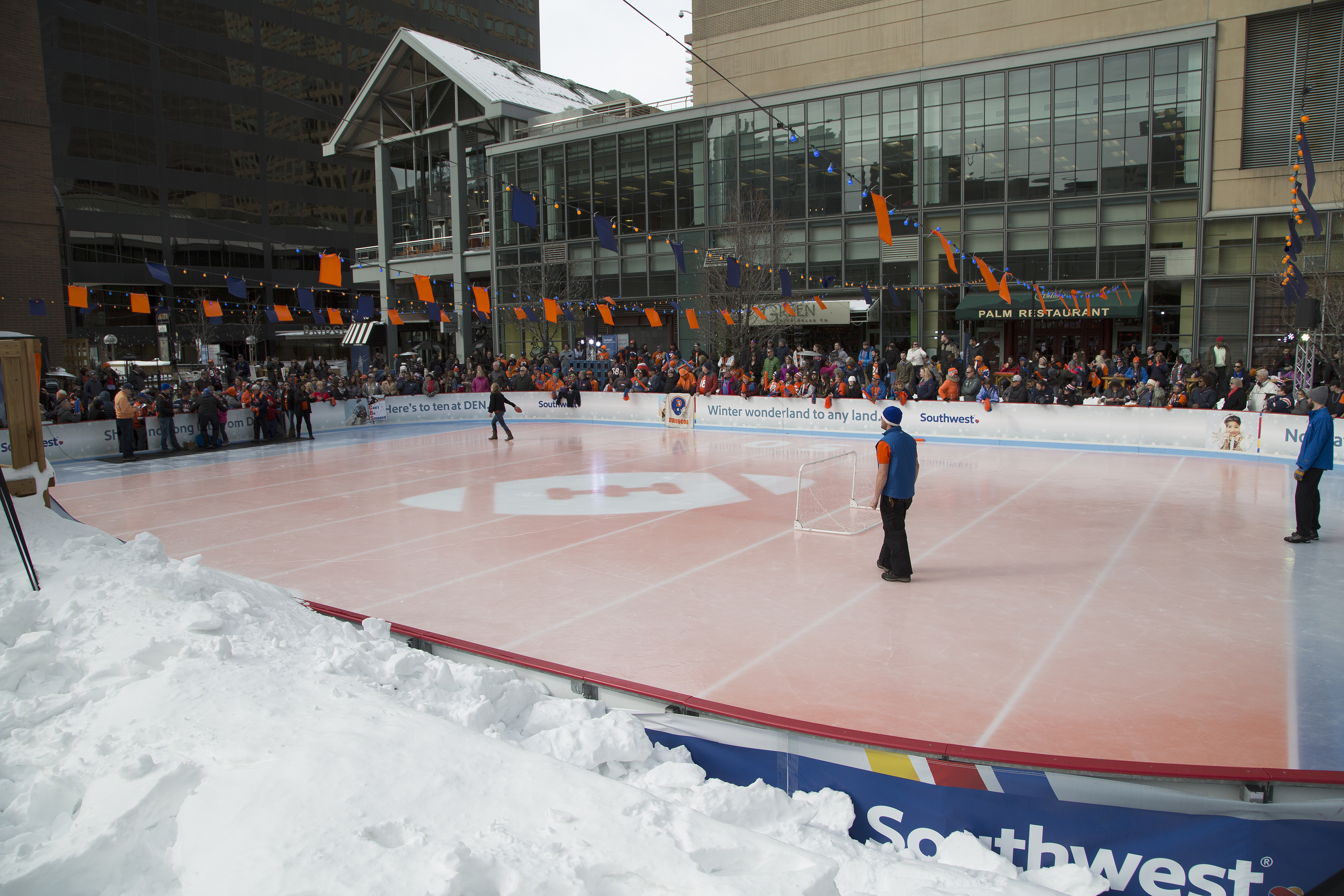 Denver City Councilman Brooks, Denver City Councilwoman Gilmore, Downtown Denver Partnership Board Chair Rob Cohen, and Southwest Airlines Denver Station Assistant Manager Michele Benze also bore the chilly weather to show the Denver Community they are rooting for the hometown team.  The blue and orange wasn’t limited to the ice; the Southwest Rink at Skyline Park was lit-up with the hometown team colors and the fans sporting their favorite team’s colors were given free skate rental. 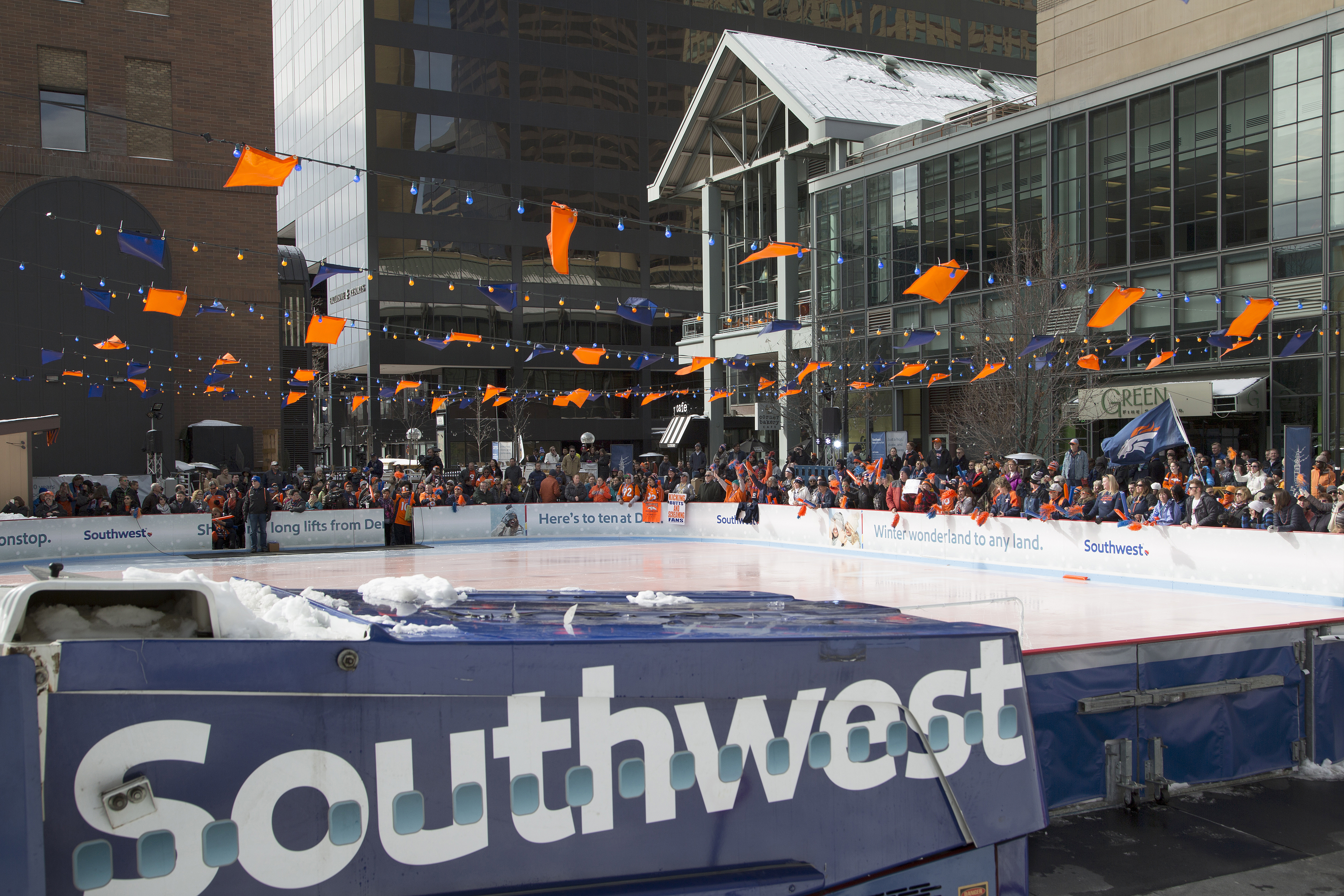 After the festivities concluded and ice skating resumed, the Mile-High Community was eager to cheer on their team this weekend, which was made a little easier thanks to Southwest Airlines. On Feb. 5, 2016, Southwest Airlines added three additional nonstop flights, with a total of six nonstop flights available that day from Denver to San Francisco (SFO) for fans that will be traveling to cheer on their team. Southwest is also making sure fans get home with three additional nonstop flights on Feb. 8, 2016, from San Francisco (SFO) to Denver. For more information about the Southwest Rink at Skyline Park: southwestrink.com.
7 Loves