Is there a more iconic symbol of Thanksgiving than the turkey?  No, we’re not talking about a big Tom as the centerpiece of the table surrounded by dressing, mashed potatoes, and cranberries.  I’m talking about the magnificent wild turkey, which was the mainstay of the diets of Native Americans along the East Coast.  Ben Franklin thought the bird was more deserving of being the symbol of the new United States than the bald eagle.  He wrote to his daughter:  For in Truth the Turkey is in Comparison a much more respectable Bird, and withal a true original Native of America... He is besides, though a little vain & silly, a Bird of Courage, and would not hesitate to attack a Grenadier of the British Guards who should presume to invade his Farm Yard with a red Coat on. 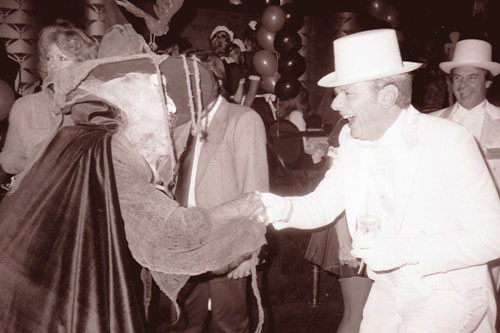 The Southwest species of Wild Turkey comes in a bottle, and like Founding Father Ben Franklin's estimation of the winged version, Southwest’s Founding Father, Herb Kelleher is a fan of the bottled and the feathered version.  For years, a feature of his office was a smelly stuffed turkey that had seen better days.  At least, the liquid version holds its age over the years, unlike the product of taxidermy.  The dapper Herb doffs his hat (above), while holding a glass of his favorite drink. 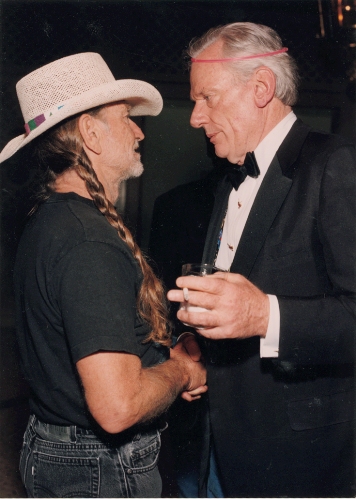 Actually, Herb isn’t alone in his affection for both types of turkeys.  An executive from a distillery owned by the Ripy Brothers took a case of unnamed Bourbon on a wild turkey hunting trip in 1940.  His hunting partners would later ask for a bottle of that wild turkey whiskey, and a legend was born.  For years, Wild Turkey was considered the drink of the people, just as Southwest Airlines was founded to allow all Americans to afford air travel.  Because of that, it makes sense that Herb, as Southwest’s Founder and Chairman Emeritus, would make Wild Turkey his drink of choice.  No doubt Herb and Willie Nelson are discussing the virtues of the libation in Herb’s glass.

Whether you’re carving or sipping Turkey, here’s hoping this is a great Thanksgiving.