My question may have already been answered, but there were quite a few questions and threads, that I'm sure I missed it. If so, sorry.

I have a trained service dog for anxiety. Again, he is trained and certified and is NOT an emotional support dog. I have all the info for him, and a vest too, if asked, but my issue is me.

I have been diagnosed with PTSD by the VA and recieve disability pay for it. I really do not want to have to go to the VA and ask for a letter and then let everyone in the airport see and read it when I travel. Is the letter from the doctor just for those flying with emotional support dogs? What can I do? I can call to discuss or email privately if needed. 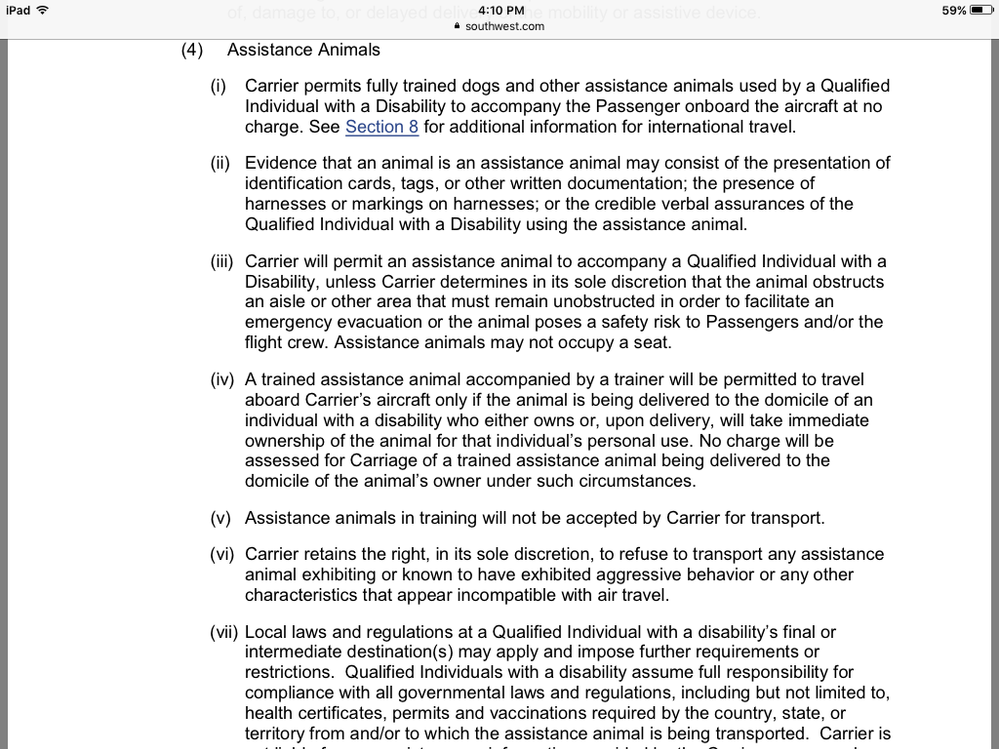 The definition of Emotional Support Animal is different from Service Dog. Emotional support animals are not the fake service animal as they are indeed important for people experiencing mental health problems. This is recognized by many psychologists and mental health therapists. The differences between ESAs and service dogs are:

ESAs are more suitable for people with mild mental issues or disabilities that can be alleviated by companionship of animals. They are a new form of therapy for people afflicted with mental disorders, such as depression and PTSD. ESAs can also travel with you in the cabin by plane without extra pet fees, but would be not permitted in other public places, such as schools, hospitals and other health facilities.

For someone with severe anxiety, PTSD, or other mental illnesses, psychiatric service dogs  can provide both emotional support and timely physical assistance such as calming down your anxiety through paws pressure. Unlike ESAs, trained service dogs are widely allowed in public places including airports and cabins.

Unlike some other carriers who require a specific form, Southwest asks for the following:

Documentation requirements to travel with an emotional support dog or cat

A Customer seeking to travel with an emotional support animal must provide to a Southwest Airlines Employee current documentation (not more than one year old on the date of travel) on letterhead from a licensed mental health professional or medical doctor who is treating the Customer's mental health-related disability. The letter must state all four items below:

You can find complete information here, under Emotional Support Animals:

There are online webpages that can get you a therapist signed letter for as little as $25.

The ESA qualifications is as much of a joke as "medical marijuana" is.