I wanted to post an update about our use of the CARES harness for our two year old. It works great!

We purchased ours at Bed, Bath, and Beyond using one of their frequent coupons. Also available on Amazon, and presumably other sites.

Anyway, one clarification that doesn't appear in the instructions - the FA on our flight today (typing this somewhere over Iowa as I write this) let us know that the harness shouldn't be used in the rows adjacent to the exit rows due to the loop that goes around behind the seat - the exit row shouldn't be encroached on by that band.

So obviously it shouldn't be used anywhere that the child wouldn't be allowed to sit, but also avoid the rows adjacent to the exit rows.

During normal operation it shouldn't make a difference, but I can see that if the band became loose during an emergency situation it could be an obstacle to the exit.

I'm not sure why this would apply to the row behind the exit rows, but that's what they asked us to do.

I didn't take one, but will be sure that Ruby gets dressed up for our next flight tomorrow

We also found that putting her in the window seat with the CARES harness helped, she enjoyed seeing out the window to help distract compared to the outbound trip where we had her in the middle. 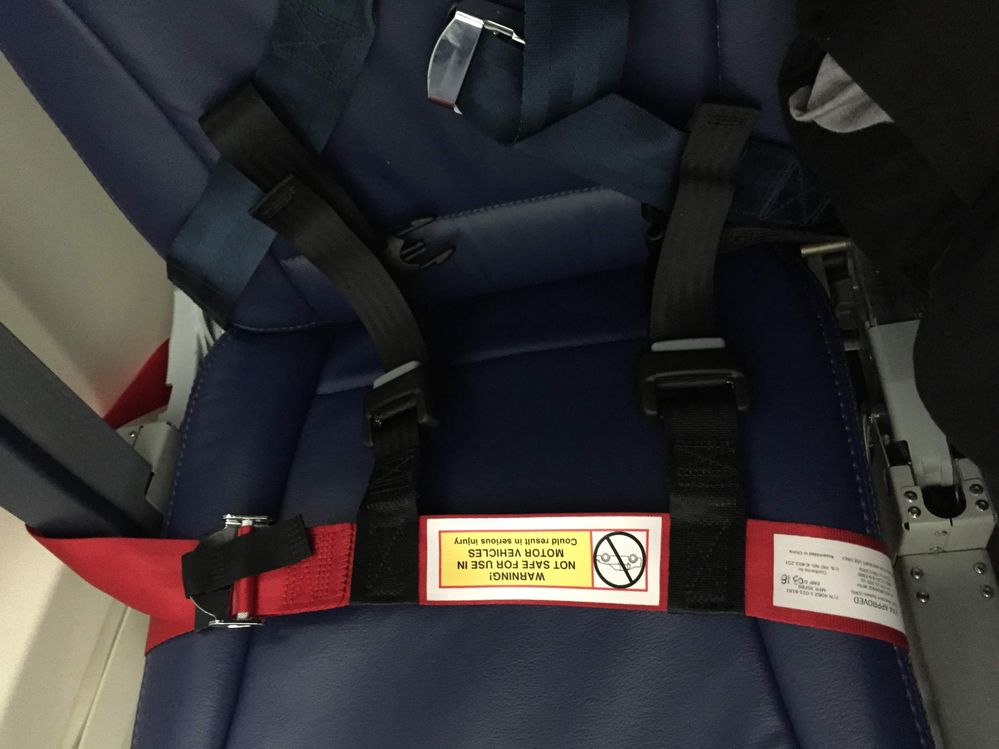 Harness ready for a toddler to sit down 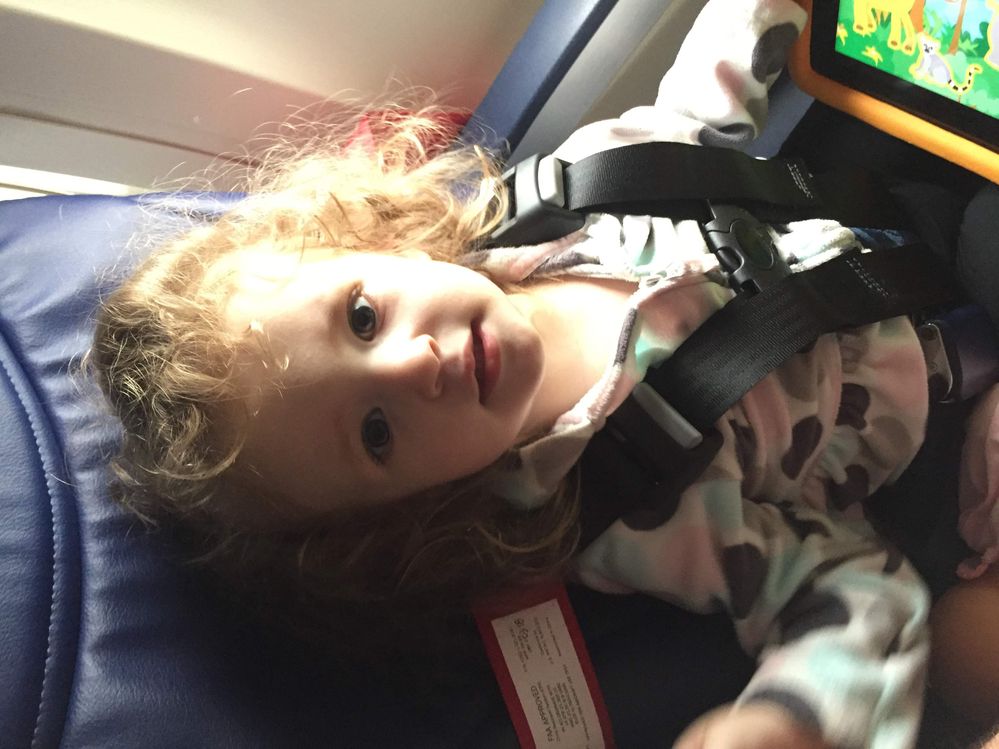 Toddler in the harness

@DancingDavidE That is awesome! As a new mom, I will definitely look at getting one of these when she is bigger. Thanks for the photo! Cute traveler! 🙂

Thanks @DancingDavidE. If this will end my pain with carrying car seats down the aisle, I’m in.

We're in the 30 pound range at 2 years old and it seems to be a good fit for us.

I think it would work for a little bit smaller child, on their website they say 22 lbs.

Also if your kid is a little Houdini, they would be able to sneak out the bottom of the harness, especially if on the smaller side.

But yeah - way easier and flexible than the car seat.

Thanks so much! We are about to buy one. Our little frequent flyer just turned two!