Hilarious...I had HNL tickets for this list weekend for the same reason.   Canceled after not wanting to put the parents through the testing hassles.   We all did it for KOA in November and it was a bit of a pain getting tests here and getting through the airport,  but probably better now.

I also did OGG in January,  and it wasn't too bad.

If you don't hear back, assume KOA was fine for Memorial Day.   Hopefully by then they'll soften or eliminate all this testing stuff.

One recent bit of information that I've found out is, there are a good number of hotels and resorts that will test you on site.  Obviously, they are the higher-end, but are nicer in general and might be worth it to eliminate the hassle.  Things are coming together.

Here is a new twist.  Does anyone know about this, are what we are to do in regards to it?

Here is a new twist.  Does anyone know about this, are what we are to do in regards to it?

Did you look at the link I posted? I mean, it really should have been your first stop. 😉 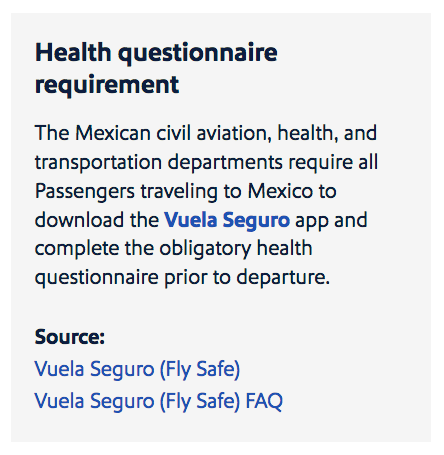 You just fill out the forms, like many other locations.   Many at CUN weren't aware, so we were standing in a crowd on our phones trying to fill it out.

No big deal, just another hassle.