My sister had me book a flight for my great-niece, her granddaughter to attend a family reunion in Tennessee Labor Day Weekend. She lives in Denver and we would have to coordinate her flight with the work schedule of her mom and her school. We booked earlier enough to receive the cheapest flights. Seeing that my niece is 12, she flew as a young traveler vs an unaccompanied minor. I found a flight that worked for all concerned. She would depart from Denver at 6:25 am, stop in Houston and then arrive in Memphis at 12:05 p.m.  Then Hurricane Harvey happened! When the airport closed, I contacted Southwest and the agent stated the flight was still showing on time. The next day, I received a text saying that I needed to contact the airline. The flight was cancelled. After a 42-minute wait, I receive a callback by Chantel. She stated that the flight would leave Denver at the same time and just NOT stop in Houston, or otherwise, it was now considered a non-stop flight.  I contacted her mother in Denver and her grandmother as both would be missing work in order to drop her off and pick her up. I asked Chantel again, and she said her mother would just show up at the regular time and there would be no other changes. She said just check back 24 hours prior and the website would give us the new arrival time for Memphis. I called Southwest (the SAME number) and spoke with Louis. I had checked the Southwest app and attempted to change the reservation for flight 778 to the Nonstop flight from Denver to Memphis.  The app would not allow me to change the reservation. I received Error message 400599102, stating it could not make the change because it could not find a seat in the same fare class as the original ticket. I informed Louis of the error message and he said the flight had been cancelled! I told him what Chantel had told me earlier and he said that the flight had been cancelled all together! I received NO NEW text, call, smoke signal or email! My sister and my niece's mother are BOTH i bed asleep!!! And the only flights from Denver to Memphis had plane changes in CHICAGO!!!! I am FURIOUS, but was trying to keep it together enough to attempt to get her here for our family reunion! Louis then checked with his supervisor and he said that yes, the flight had been cancelled! I informed Louis that the Southwest app continued to have a nonstop flight (778) for Friday morning! Now I'm thinking of Plans B, C, AND D! In anticipation of having to change cities with Chantel, I had checked flights from Little Rock, Nashville and St. Louis. Now, my hope was there would be an open seat for her to ride in! As Louis was trying to get me to check with other carrier, I was started looking for my papers from the previous day! NOW we will have to travel THREE HOURS just to pick her up! And those less than $100 rates are now NO MORE! So now I'm hoping the NEW departure time does NOT interfere with my niece's mom job, especially with NO NOTICE FROM SOUTHWEST! And now TWO HOURS LATER, the app not only shows, Flight 778 still scheduled, but it is now SOLD OUT!!!!! There better NOT be a nonstop flight from Denver to Memphis Friday morning!!!!! Can we help the weather, no! But the company SHOULD give the CORRECT information to its workers!!! I kept a phone log, a screen shot the flights on the app! I DO NOT look forward to driving THREE HOURS TO AND THREE HOURS FROM ST. LOUIS!!! Especially with, due to the hurricane, gas prices are now ten cents higher! I'm just thinking of what would have happened if my niece's mom had attempted to drop her off and there would have been no room on Flight 778! THANKS Southwest for BREAKING our holiday budget!! Next time, I'll ask for any information IN WRITING since their apps and websites are CORRUPT!!!!!! I guess I’d better pack NOW since I MUST drive SIX HOURS! Thanks for contacting me SOUTHWEST! 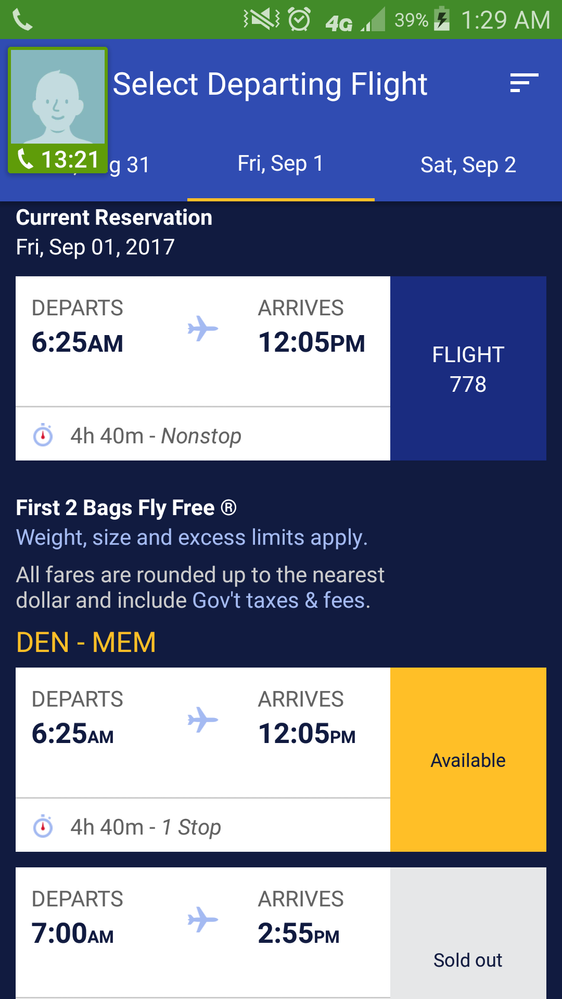 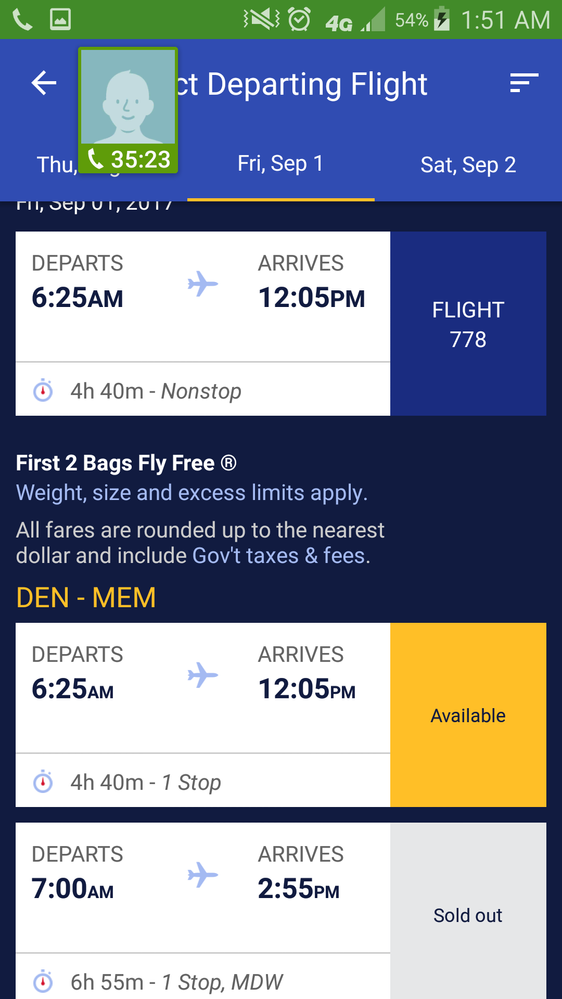 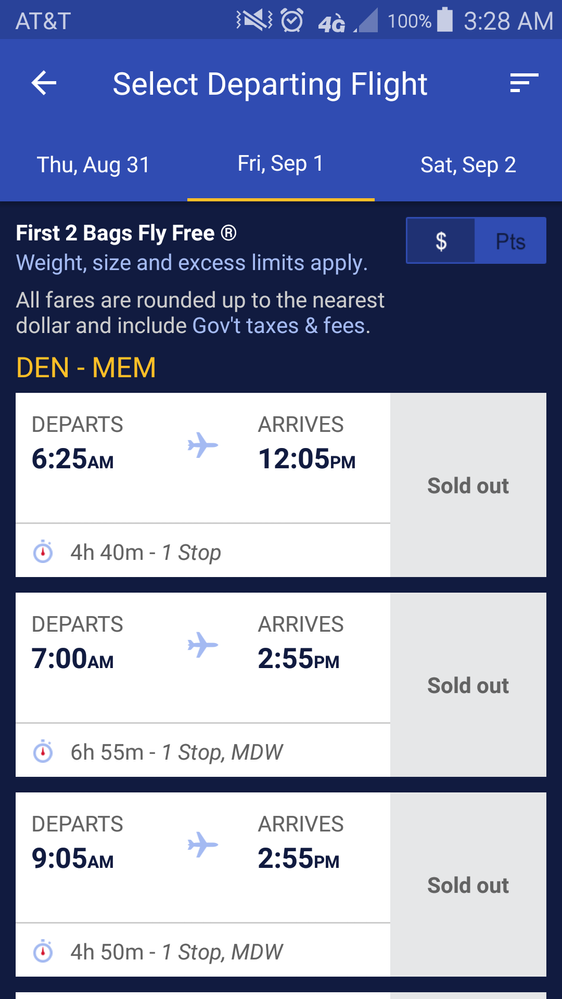