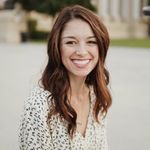 The Flight of their Lives: With Chance, Luck, and ...

by MorganBreipohl |
New Arrival
in Blog
2 Loves
2 Loves
Chapter One: Move In Day It was move-in day for Morgan at California Baptist University. Robby was a member of the new student leadership program and assisted students and their families with the move. While Morgan organized her new room, Robby began to exchange in some small talk with none other than Clark Breipohl, the Father of his future wife.   Chapter Two: Southwest Airlines Three years after Robby and Morgan had last seen each other.   While waiting in line to board a Southwest plane at the Ontario International Airport in California, Morgan heard someone behind her passionately discussing his March Madness Bracket. She turned, smiled, and said nothing—this someone happened to be Robby Maxey. He initiated conversation and recognized her from college. The two decided to sit next to each other on the plane and spent the entirety of the flight chatting. When the plane landed the two said their goodbyes and parted ways without exchanging contact information.   Chapter Three: Church After moving home for the summer, Morgan felt that it would be best if she got out of her comfort zone and explored some churches in the Sacramento area. After researching, she decided to visit Bayside Midtown. During worship, her eyes caught a glimpse of a familiar face: Robby Maxey (March Madness and Sacramento King's enthusiast) from the Southwest plane. He was across the room smiling and waving at Morgan.   Chapter Four: First Date It had been one week since Robby and Morgan had seen each other at church and Robby was currently pacing around his house trying to muster up the courage to ask Morgan on a date. Not only was he scared that Morgan would say no, but he also didn't have Morgan's number. His only option was to call her using the Facebook Messenger App … and he was sure this would scare her away. However, Robby finally gave Morgan a Facebook call. Although Morgan was confused by the Facebook call (really?) and didn't answer initially, they eventually connected and agreed to meet for coffee. They met that day at Temple Coffee Roasters and chatted for hours. It was as if the two had known each other their entire lives!   So many memories Chapter Five: The Engagement It was the night of Robby’s company Christmas party, and Robby was on his way to pick up Morgan. When they arrived at the building, a man was waiting to escort them to the roof. Morgan was told that Robby’s coworkers were on the rooftop bar waiting for them. However, on the rooftop was a photographer, rose petals, pictures of Robby and Morgan, and the most beautiful view of Sacramento that anyone could ever ask for.   The proposal It only took a few minutes for Robby to get down on one knee and ask Morgan to marry him. After the two had their time to laugh, cry, dance, and jump for joy, they were joined on the roof by their families to share in the celebration! This night was one that Morgan, Robby, and their families would never forget!   Southwest sweethearts ... View more
Categories: