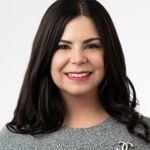 by AngeliqueSina |
New Arrival
in Blog
1 Love
1 Love
I was born and raised in Aguadilla, a small coastal city on the Western side of Puerto Rico (PR). When college and an internship took me to the continental U.S., I always looked back at Puerto Rico, my home, determined to someday pay it forward to the next generation.     Puerto Rico has been in a very difficult situation since 2007. There has been a terrible economic recession which has resulted in widespread poverty. Recognizing the impact this had on our communities, especially young children growing up in poverty, a group of friends wanted to do something to give back to Puerto Rico. That’s how the Friends of Puerto Rico was born. Our mission focuses on ending poverty on the island and inspiring children through art, education, and entrepreneurship.    A Bridge to Change on the Island In 2015, we set out on our goal to end inequality by gathering as many partners and friends as possible to work alongside our young nonprofit. Southwest jumped on the opportunity immediately and became our first partner in 2015. Their values as a Company aligned with ours. Inclusivity and helping our community is our top goal and Southwest shares that sentiment.   You can think of the Friends of Puerto Rico as a bridge to making “change” in Puerto Rico by bringing multiple nonprofits together. There are a variety of nonprofits across PR that work to address different issues. We help bring all of these nonprofits together and help create more synergy to address their problems. In three years, we have created a network of over 30,000 donors and have over 50 partner organizations. In addition to the financial support we provide these groups, we also have our signature programs that work to make a difference.   Southwest Tickets are Driving Change on the Island After Hurricane Maria, the most devastating storm to hit Puerto Rico in over a century made landfall in 2017, Puerto Rico was left severely impacted. In order to assist in the revitalization efforts, Southwest jumped in and operated humanitarian flights. Southwest also donated complimentary roundtrip e-passes to our organization. Using the donated airfare as a part of our fundraiser, we were able to raise $30,000. We used the funds raised to set up a community feeding program that resulted in 3,000 meals served to those in need.   In another situation, we had a student who was accepted to Harvard University. However, he couldn’t pay for travel to Boston from San Juan to attend to start school. With the support of Southwest Airlines, we were happy to provide the student with a travel voucher, allowing her to travel to Boston. This was so life-changing for this student. Without Southwest’s support attending the college of his dreams would not have been possible. Plus, with Southwest’s generous baggage policies, he was able to bring the belongings he needed for the school year.     Building the Future In an effort to alleviate poverty through entrepreneurship we’ve identified coffee growing, in the mountainous regions of Puerto Rico, as our next major collaboration. Alongside the SEEDS program and Café Ama we aim to seed an entrepreneurial mindset among Puerto Rico's youth today, as they, in turn, will lead the growth of the island's economy tomorrow. Using the power of coffee we will provide the leading experiential learning program in Puerto Rico, allowing youth to tackle real-world business problems, engage in one-on-one mentorship, and exchange ideas with leaders in the business and entrepreneurial landscape on and off the island.   The youth will help us develop and grow Café Ama, which is a social impact coffee. They will also learn how to select the coffee beans and play a role in selecting the roast profile for the beans. Additionally, they’ll learn different marketing skills and be exposed to a professional network and opportunities to be successful and self-sufficient young adults.   At the end of the program, the kids will travel aboard Southwest to Washington, D.C. to learn about entrepreneurship. For many, this will be their first time off the island. With the help of Southwest, we are empowering them to be leaders for a prosperous island. It’s nice to see how committed to communities Southwest is. They have a personal approach and sincere love for the communities they serve. ... View more
Categories: