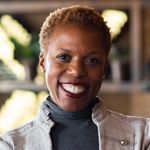 |
Employee
in Blog
1 Love
1 Love
Just like you, and I am sure many others, there are many lines in the “I Have a Dream Speech” that are special to me, but the one that resonates the most is, “I have a dream that my four little children will one day live in a nation where they will not be judged by the color of their skin but by the content of their character.” It speaks deeply to me and always has because in my view, it speaks to equality, fairness, and equity.    It is interesting to reflect on this 57th anniversary of the “I Have a Dream Speech” because many of the themes Martin Luther King Jr. (MLK) addressed in his speech, along with John Lewis and many others on that day, are still issues and concerns today. It is sobering that the injustices of police brutality spoken of in 2020, were also referenced in 1963 as “the unspeakable harms of police brutality.” Just as this speech was in 1963, the social and racial unrest of 2020 is an inflection point. The difference now is that it is not only members of the Black Community leading and raising their voices of concern, but a collection of many diverse voices in the choir of concern. This support is shifting the conversation and narrative to denounce racial injustice and accelerate the advancement of equality and the recognition of humanity and dignity as nonnegotiable rights for all people.   MLK’s renowned speech reminds us that forging new ground often comes with conflict, fear, and uncertainty. But one must not let fear or the feeling of uncomfortableness stop us from pursuing the very best for ourselves and others. It is required and necessary for us to reach our fullest potential as individuals and as a collective. Diversity in backgrounds, experiences, thoughts, and perspectives is vitally important.   In 2020, we as a company and country, have been met with much uncertainty—I’d even say, we are all on emotional rollercoasters. As we take this ride, I implore us to remember the words of MLK, reflect on his speech, and realize that it was a speech not for some or for the good of just one—but really about seeing and creating space for all to make the whole better. Getting to know others and understand others can be complex and uncomfortable, but in honor of MLK, these 57 years later, let’s conduct ourselves from a “high plane of dignity and discipline” and get to know one another. Let’s engage in conversations in this current environment with curiosity, a desire to understand, willingness to learn (and in some cases unlearn), and moving to actions that continue to foster an inclusive experience for all.         In 2016 we had a Napkin Art Contest in which we asked our Customers to draw something that inspires them. Artist, Shawn Perkins drew five different designs of people he felt inspired him to be the person he is today. One of them was Martin Luther King Jr. Shawn’s beautiful artwork demonstrates the inspiration that MLK has been to so many through the years and continues to be today. ... View more
Categories: