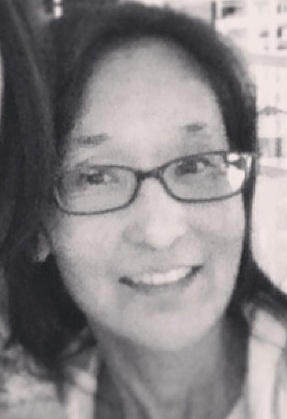 Folded Hearts for the Love of Travel

by efithian |
Not applicable
in Blog
8 Loves
8 Loves
I grew up as a Nisei (second-generation Japanese) in Southern California. As a child, my mother taught me the basic origami folds and patterns: The crane, the blow-up ball, the hat and the fish. I still have my first origami book, written in Japanese, that expands on those basic folds, forming pelicans, samurai and lilies. As an adult, I learned more about the art of origami and sought out more complex patterns. I also started experimenting by folding recycled materials such as old book pages and maps. I stumbled across the winged heart pattern (original design by Francis Ow) soon after I became slightly addicted to folding map paper.  Once, after I created the winged heart using the map paper, a friend made the connection between the piece and Southwest Airlines.  When I heard about the 15 new nonstop flights from Dallas Love Field this fall, I was inspired to create an image that could represent all these new travel possibilities.  What better way to depict the love of travel?  Wouldn’t it be wonderful to celebrate this historic event with winged hearts made of maps from each of Southwest’s new direct destinations? The concept of traveling origami is also a part of an ongoing project I started in 2012 called 366 Cranes.  I set out to place an origami crane, each accompanied by a fitting quote, in a new location, every day for the entire year. During that year, the cranes ended up in more than 20 countries and 100 cities, placed by myself and many friends, family and even strangers. At the end of the year, the project had become such a large part of my life that I increased my goal to 1,000 cranes. I’d like to extend my heartfelt congratulations to Southwest Airlines on their upcoming direct flights and to thank them for allowing me to share my love of origami. Follow: facebook.com/366cranes Instagram: #366cranes @efithian   How to fold the winged origami crane (original design by Francis Ow)   1. Start with a square piece of map paper (easiest when the square is larger than 5 inches)     2. Fold bottom left and right corners up to center     3. Unfold corners   4. Fold sides into center   5. This part is a little tricky. Using the fold lines from when you folded the corners, bring the bottom edge of the paper up.   6. And flatten.   7. Fold the top left and right corners down.   8. Turn over.   9. Take top and fold down as far as it will go.   10. It should look like this now.   11. Pull corners marked in photo up, using existing fold lines and pull buttom edge up.   12. It will open up like this.   13. And flatten.   14. Start folding back and forth, like you are making a paper fan.   15. The wing portion should look like this. Also fold the corners and top of the pieces above the wing to created the top of the heart.   16. Push the center portion of the wing up.   17. Turn piece over. Here is your completed winged heart! I put a piece of tape or drop of glue to connect the heart to the wing so it lays flat.   ... View more