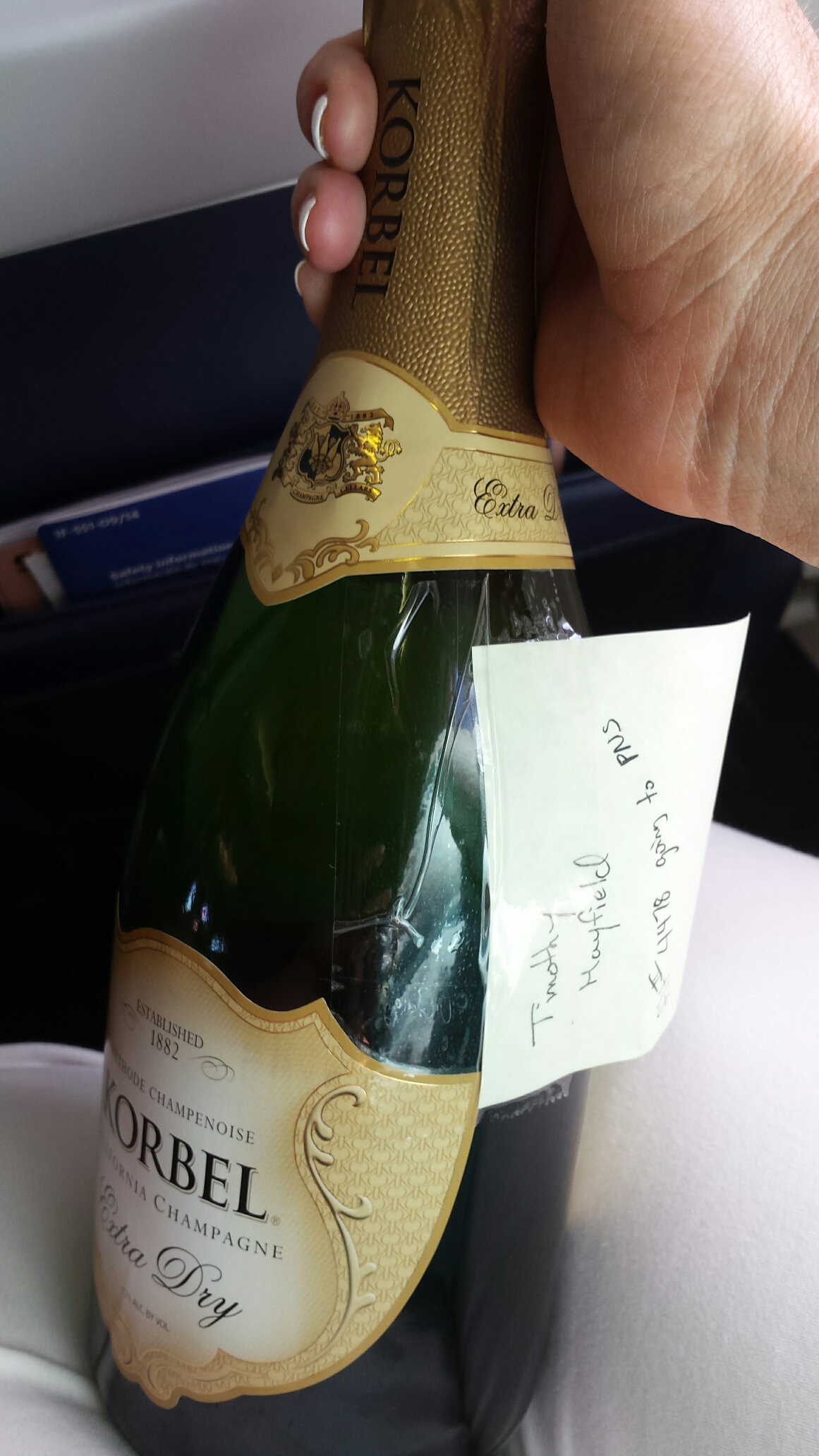 by amayfield |
Not applicable
in Blog
14 Loves
14 Loves
My fiance (now husband), Tim, and I were heading down to Pensacola, Fla., to get married.  I did not inform Southwest of our wedding plans, but thanks to an Employee at the Nashville airport to whom I asked a wedding dress-related question, our Flight Crew found out why we were traveling and made us feel exceptional throughout the flight.  It was the best trip ever! After being introduced through mutual friends, Tim and I felt an instant connection and have been together for five years—four of which were long distance as I lived in Tennessee and he was in South Carolina.  Over the next several years, we grew closer as we flew Southwest as often as we could to visit one another.  In the spring of 2014, Tim got the call we had been hoping for and accepted a job in Tennessee.  He proposed not long after moving. We planned our long-awaited wedding for June 5 on a beach in the Florida panhandle.  By the time our flight rolled around, we were beyond excited as this was our first trip together on Southwest.  Due to our extensive flight histories, one of us was able to use Reward Rewards points to secure an award seat! Once we were onboard, the Flight Attendant surprised us with a bottle of champagne and a note that said, “Congratulations from the SWA staff.”  This gesture alone made our day, but little did we know what other touching moments the Flight Crew had in store for us: The Pilot came over to meet and congratulate us. The Flight Attendants made me a veil out of packages of peanuts and napkins. The Flight Attendant shared our wedding plans over the PA system, and then passed out napkins to the entire plane—asking each row to write a note of encouragement and/or well wishes to us.  Around 40 messages were collected and the Flight Attendants wrapped them up for us in a nice little package. One Flight Attendant sang the chorus to the Patsy Cline’s “Crazy” over the intercom at the conclusion of our flight.   Our wedding was a very special time in our lives— one that we had waited a long time for—and the fact that Southwest’s Employees showed a sincere interest in making it even more special and memorable meant the world to us.  Thank you for the amazing experience.   ... View more