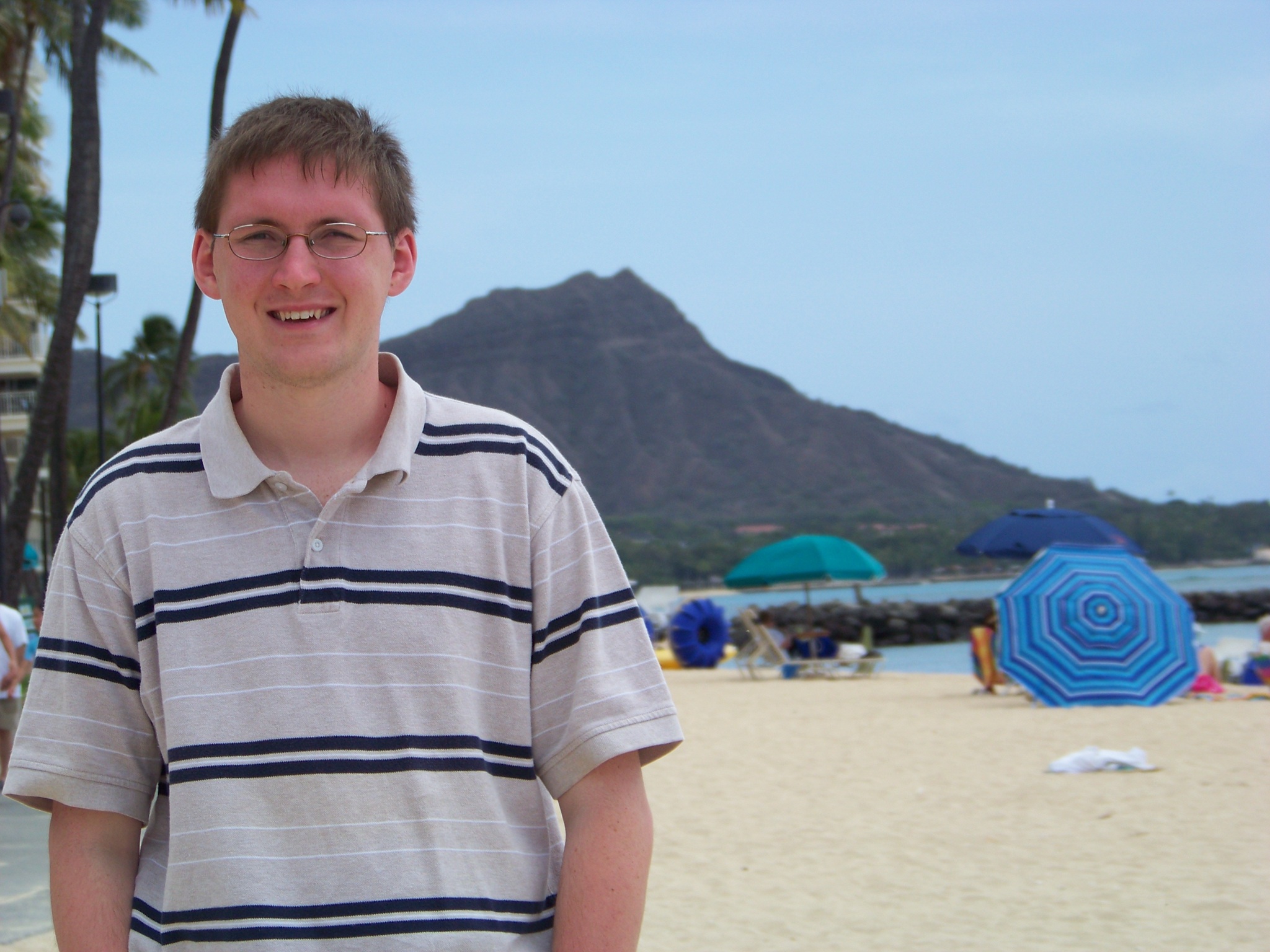 by jsurguine |
Not applicable
in Blog
15 Loves
15 Loves
I'm going to answer your questions in reverse order. First off, with regards to having the vacation time to hit a hundred coasters in a year, I actually didn't use that much up until the big September trip to CLT and MCO. Many of my trips were overnights, including the Germany trip from the second article (although given the overnight nature of the flight to Frankfurt, it did require one vacation day). I'd fly up the morning of my first day off and back the next evening. As for the best places to go, where to begin? Living near BWI is great because you're within a 3-hour drive of 6 massive amusement parks and few smaller ones. Outside of Southern California and Orlando, you're not really going to get that kind of coverage out of one metro area. I hope that answers the bang-for-the-buck question, but in terms of my favorites, giving you a theoretical top 5, anything Disney (I'm sure you've got those airports down), Busch Gardens Williamsburg (ORF or RIC), Six Flags Over Georgia (ATL), Kings Dominion (RIC or a 2-hour drive from BWI), and Six Flags Great Adventure (EWR is closest, but PHL, LGA, and a 3-hour drive from BWI are all options). Feel free to message me with any other questions you might have! I'm happy to offer whatever assistance I can! ... View more

by jsurguine |
Not applicable
in Blog
492 Loves
492 Loves
I was 19 years old when I rode my 100th roller coaster. It was the now-defunct Big Dipper at Geauga Lake in Aurora, Ohio, just under an hour east of Cleveland.  It was a huge milestone for me, cementing my passion for thrill rides that grew out of a deathly fear of them that plagued me for most of my life. It was only a few years earlier when I fully conquered that fear, but hitting the triple digits with my track record (read: the list of different roller coasters I’ve ridden) was pretty awesome in its own right. With that in mind, I decided to use the incredible flight benefits SWA provides us and repeat what took me 19 years in a scant 12 months. I decided to set a goal of riding 100 different roller coasters by the time the ball drops to bring in 2013. So how have I done so far? I am sitting at a whopping–get this–19. Yep. The year is halfway over, and I’m sitting at the big one-nine.  It’s … uh … been kind of a slow start. I started off at Disneyland and Disney California Adventure back in January, having darted off to LAX after my first week of Leadership Southwest Style. I got to experience Big Thunder Mountain Railroad and Space Mountain, two classic rides that help define Disneyland and serve as definitive Disney attractions. On top of that, though, I got to ride California Screamin’ and Goofy’s Sky School at Disney California Adventure, adding four new rides to my track record and experiencing the place where the Disney magic began.    Big Thunder Mountain Railroad coming out of the tunnel   Just over a month later, though, came one of those can’t-miss opportunities. I’m not sure if you all remember those commercials about One More Disney Day, but both Disneyland in Anaheim and the Magic Kingdom in Orlando were going to stay open for 24 hours straight to celebrate the leap year, opening at 0600 on February 29 and closing at 0600 on March 1. Now, what kind of amusement park fan would I be if I did not take advantage of such a wonderful opportunity? As my commemorative T-shirt states, “I took the leap and didn’t sleep.” My cousin, her husband, and I wound up hitting all four parks in Disney World within those 24 hours—my cousin and I even made it through without an ounce of sleep. I rode four of Walt Disney World’s roller coasters during that visit, grabbing rides on the Orlando versions of Big Thunder Mountain Railroad and Space Mountain, but also taking a spin on Expedition: Everest at Disney’s Animal Kingdom and one of my all-time favorite roller coasters anywhere, the Rock ‘n’ Roller Coaster (Aerosmith blasting in my ears while riding an epic roller coaster is one of life’s simple joys).    Cinderella's Castle at Walt Disney World's Magic Kingdom   Many months later, and truly on a coaster kick after entirely too much neglect of my hobby, I was able to visit a park that was home to many of my fear-conquering triumphs: the sweetest place on Earth, Hersheypark. For those wondering where to fly for a visit to Hershey, it is just under two hours north of BWI and slightly farther from PHL. I skipped on the chocolate this go-round, but I did ride eight of the park’s roller coasters, including such greats as the wooden Lightning Racer, the convoluted Fahrenheit, the hydraulically-launched Storm Runner, and the park’s new-for-2012, oh-my-goodness-that-much-airtime-should-be-illegal SkyRush.    SkyRush whipping through an overbanked turn   Just seven days later, though, came my most recent excursion. As a number of parks I plan on visiting this year are part of the Six Flags chain, I decided to get a season pass, as each park’s season pass gets one entry to all parks in the chain. Since I started with Southwest, I’ve actually picked up my season pass at five different parks over the years simply because I’d often get to one out of state first instead of the one closest to me. This time, it would be Six Flags New England, just a short 15 minutes from BDL, that would be the first park in the chain I’d visit. I confess, however, that I did not really go for the gold in terms of riding everything. I only had a limited amount of time, and the park’s signature coaster, Bizarro, was just too amazing for me to pry myself off of it and go ride other things. I rode the Gotham City Gauntlet: Escape from Arkham Asylum (as it was a new ride for me, taking my overall count to 237 different coasters) and Batman-The Ride as I’d discovered that hitting 100 coasters might be more difficult than I thought without getting a few extras, but Bizarro was the main reason I’d picked the park, and it was just too good.    Bizarro screaming into its second tunnel   So with that, I’ve grabbed laps on 19 different roller coasters thus far, but for me, the year is still young. At the end of August, I’ll check back in with you to tell you more tales of nonrev adventures and amazing roller coasters, as well as an update on how close I am to making 2012 the year of 100 roller coasters. Also, in October, we’ll see if I successfully pulled it off, and I may just reveal my all-time favorites to you. ... View more

by jsurguine |
Not applicable
in Blog
118 Loves
118 Loves
It's July 29, 2010. Thrill seekers at the eleven amusement parks belonging to Cedar Fair, L.P. all across North America have united themselves in a noble quest: to use their love of roller coasters for, of all things, charity. The objective at each park? To ride one of the park's roller coasters for hours on end in an effort to raise funds for Give Kids the World, an organization that takes children with life-threatening illnesses and their families on a cost-free vacation to their village in Orlando and to the parks around it. I attended the portion of the event, known as Coasting for Kids, at Dorney Park, in Allentown, Pennsylvania (because Dorney Park is where it's at!), joined by roughly twenty other daring riders. Dorney selected Steel Force as the ride we'd challenge for the day, which made my selection of Dorney as the park I'd attend that much more exciting. Steel Force is a two hundred-foot tall, more-than-mile-long monstrosity of a roller coaster that runs the length of the park and is one of the highest-rated coasters in the world. We had the opportunity to ride it as much as we wanted (or in same cases, as much as we could) during two marathon sessions. The morning marathon session lasted a staggering 31 laps, which took nearly three hours to complete. Having endured the entire marathon start-to-finish, I was a little drained and a little sore from bouncing out of my seat during the airtime-filled extravaganza. However, the morning marathon was little more than a warm-up. The afternoon marathon was even crazier, lasting a whopping 40 laps and taking well over three hours to finish. It had actually been extended past the original ending time to hit that milestone. How did I fare? I was able to go the distance during the afternoon as well, bringing my total count for the day to 71 laps, roughly six hours of riding, and a total distance traveled of over 75 drop-filled, airtime-packed miles. And again, this was for charity, not just for the love of the thrill. Regarding the totals, the event alone has raised over $30,000 so far for Give Kids the World, with donations still rolling in. As an aside, Dorney's attendees earned the distinction of being the most successful fundraisers on a per-person basis. I can honestly say I was really moved by the entire event. For starters, it was really cool to see how many people with a love for roller coasters were willing to put their passion to use for such an incredible cause. Not only that, but they went the extra mile to make sure their fundraising efforts were successful, allowing Dorney to take the title for being the most successful on a per-person basis away from Cedar Point, the park with, by far, the highest event attendance. In addition, it was really cool to see the diversity within the group that participated. There were everyone from the hardcore coaster enthusiasts to the family of season pass-holders (including an intrepid five year-old), all united in their efforts to raise money for these sick kids and their families. Right now, I'm still taking it all in, as it was a really, truly awesome event. Here's hoping for repeat performances in the future. For now, if I don't see you out on the rides, you can bet I'll see you in the skies. (Photos one, three, and four courtesty Carrrie Myers) ... View more