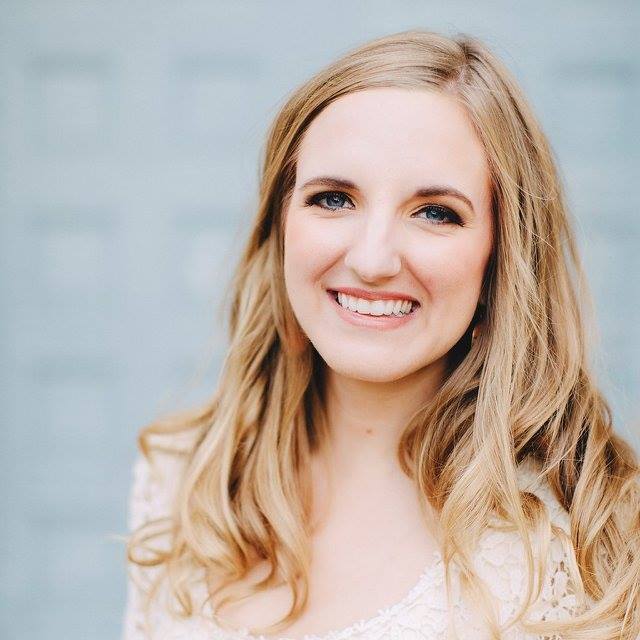 Southwest Moms and Their Kids Share the LUV for So...

by eduncan |
Not applicable
in Blog
9 Loves
9 Loves
We have all heard the saying “Mother knows best.” These Southwest Employees took this motto to heart by following in their mom’s footsteps and joining them in the same workplace. In honor of Mother’s Day, find out why these Employees LUV having their moms as Cohearts. Flight Attendant Linda Williamson Kirby (right) poses with her mom, Ann Williamson (left), for Mother’s Day in 1985 after having lunch together at Howdy’s. Linda’s mom then worked in Southwest’s Pass Bureau and was the one to convince her to interview for Inflight in 1981. P.S. Notice Linda’s button!   [caption id="attachment_1650702" align="alignnone" width="720"] Elena Ann (right) snaps a picture with Southwest Co-founder Herb Kelleher and her mom, Kelly Greeninger (left), last year after Kelly had won the President’s Award. Kelly has been with Southwest for almost ten years and Elena is coming up on her one year anniversary. Both of Elena and Kelly’s husbands also work at Southwest so they take the “family business” very seriously! Elena says that she knows her mom loves her job because “she wants those most important to [her] to come join in on the fun!”[/caption]  Amy Boswell (right) shares a smile with her mom, Sandra (left). Amy celebrated her fifth anniversary with Southwest on December 12, 2015 as a Security Administrator in Corporate Facilities Security. Sandra has been with Southwest for 27 years and counting as a Representative in Customer Support and Services! Amy says that her mom is “the epitome of what SWA stands for” and that she “can only hope to be as full of spirit as she is.”   Ethan Avanzino (left) followed in his mother’s footsteps and joined Southwest four years ago. He currently works as a Multimedia Developer for SWA U. His mother, Diane Henry, has worked as a Customer Service Agent for nine years and has always shown him “what it means to live the Southwest way.” It was the LUV that Ethan saw between her and her Cohearts that made him want to be part of the Company.   [caption id="attachment_1650706" align="alignnone" width="640"] Midway Station Administrator Michaeline Johnson has looked up to her mom, Patty Bradhurst, for as long as she can remember. Patty has worked Inflight for Southwest for 22 years and has even won a President’s Award for her dedication to the Company. Michaeline says that her mom has “taught [her] how to be strong, how to love life, and how to laugh every chance that [she] gets.” She appreciates every moment she can spend with her mom from their epic Scrabble tournaments to their short morning talks.[/caption]    Marci Godfroy (left) and Paige McKinley’s (right) mom, Laura Lopez (center), worked at Herb Kelleher’s law firm before starting at Southwest. Marci says that her mom “has the most loving heart and is the best at taking care of her SWA Family!” Laura and Paige both work in the Marketing Department and Marci works as a HRIC Supervisor in Finance.   Midland Customer Service Agent Sarah Wallace (right) snaps a selfie with her mom, Brandi Beauchamp Wallace (left). Brandi has worked in Midland Cargo for seven years. Sarah says her mom “is an amazing woman and she has the biggest heart.” She also credits her mom as the person who inspired her to join the Southwest Family almost two years ago.   Flight Attendant Roseann Ryle (left) and her daughter Amber share a sweet moment from when their paths recently crossed at Bradley International Airport in Hartford, CT. Amber is a Customer Service Agent based at BDL, and she enjoys seeing her mom whenever she is in town. Roseann has worked Inflight for ten years after her sister Madonna, who works as a Customer Service Supervisor in Orlando, convinced her to interview. They both love that they can have extensive conversations about Southwest and understand the “lingo” of the Company.   Kim Ramirez, Senior Manager of Administration – Ground Ops, is proud to say her whole family works for Southwest! Kim (second to right) gathers her family for a picture at Southwest Headquarters with (from left to right) her son Jeremy Ramirez, her niece Caroline Sears, her daughter Kristina Snyder, her husband Fernando Ramirez, and her son Robbie Ramirez. Every member of the Ramirez family works in different departments at Southwest. Jeremy works as an Analyst in Flight Operations, Kristina works as an Assistant Manager in Marketing, Fernando works as a Provisioning Agent at Dallas Love Field, and Robbie works as a Freight Agent at Midway. Kim says that working in separate departments gives everyone “different perspectives” at family functions, but they can still easily talk about the business and understand and appreciate one another. We like to keep it all in the Family here at Southwest, and we would like to wish these Southwest moms and all the moms out there a wonderful Mother’s Day! ... View more

by eduncan |
Not applicable
in Blog
4 Loves
4 Loves
Tears were shed, brackets were broken, and hometown pride was rampant. As predicted, this year’s Destination Bracket was unpredictable. We may have seen the BIGGEST UPSET in Destination Bracket History for the first round of the tournament.  Austin, the Texan underdog, shocked us all with its big win over the foodie famous New York City in the ‘Eat’ matchup. Vegan breakfast tacos and the spicy chile con queso were a slam dunk with fans while New York City’s foodie fandom underestimated its opponent’s fan base and relied too heavily on their iconic delis and pizza parlors. Not every matchup throughout the tournament was a nail-biting bracket buster as preseason favorite Denver made it out of the first and second round without a bead of sweat.  There were some smaller upsets in the semifinals: the so-called ‘Nashvegas’ overcame the actual Las Vegas in the ‘Play’ bracket and international newcomer Montego Bay beat out Belize in the ‘Relax’ bracket. Austin shocked us again in the semifinal by overtaking Chicago, last year’s Destination Bracket contender that took it all! Chicagoans are still reeling in disbelief that their deep dish failed them in this year’s Destination Bracket. Austin went on to represent the foodies in the semifinals.  Austinites cheered their team onto victory over the high-seeded Denver, then securing their spot in the Destination Championship against Montego Bay. However, Cinderella lost her glass slipper and her winning streak in the final game. Montego Bay’s pristine beaches and blue water slayed on the court. Austin’s weirdness just couldn’t keep up to this relaxing hotspot. Your brackets may have gone to mush, your destination may have gone home empty-handed, but 15 lucky participants went home with Southwest gift cards. We hope you had as much fun as we did compiling brackets and cheering on destinations. Stay tuned for next year’s Destination Bracket, you never know when your hometown may make a special appearance. ... View more

by eduncan |
Not applicable
in Blog
2 Loves
2 Loves
Southwest Airlines is proud to honor the accomplishments of women around the world, as well as our own Customers and Employees. In honor of Women’s History Month, we would like to recognize the Southwest women that have taken the aviation industry by storm and proven that there is no such thing as a “man’s job.” Anne Bevier, Senior Director for Planning and Standards In 1992, Anne Bevier joined Southwest as a Ramp Agent at Dallas Love Field. Anne was the “token female” working out on the ramp. Despite the heavy labor and manual work that comes with being a Ramp Agent, Anne never let stereotypes get in her way and she loved the camaraderie of working in a tight-knit group. “I proved that I was just as good, strong, and capable as the guys … you just have to work hard and you will gain the respect of your Coworkers,” Anne said. Anne eventually was promoted and became one of the first female Ramp Supervisors at Southwest. After many years of advancement in operations, Anne now serves as the Senior Director for Planning and Standards. She supports the 15,000 plus Frontline Employees  by providing them the tools they need to do their job. Her biggest accomplishment within the past few years has been watching the Team grow and earning their respect not only as a Leader, but also an equal. As the only female Ramp Agent at Dallas Love Field in 1992, Anne never thought she would grow into the role she is in now. If women are interested in the aviation industry, Anne recommends “getting in the door, pursuing your passion, and letting the industry take you where you should be … not where others think you should be.” Sherry Staber, Vice President of Business Transformation Two and a half years ago, Sherry Staber joined the Southwest Team as Vice President of Business Transformation – Corporate Delivery. In this role, Sherry leads the Team that helps deliver the systems needed to support operations whether it is Electronic Flight Bags for Flight Attendants or a software system to ensure airplanes are adequately maintained. Prior to Southwest, Sherry had worked for many years in two primarily male-dominated industries: manufacturing and technology. After a short stint as an accountant, Sherry landed her first job as a programmer then went on to consulting. Throughout the years, she has taken part in groundbreaking technology projects, including the incorporation of handheld computers into Frito-Lay’s manufacturing process. During her time in the manufacturing and technology industry, Sherry often witnessed stereotypes about women. “You would be asked to take notes or be mistaken as an administrator … you just have to show your value and what you can bring,” Sherry said. “Stereotypes usually go away, but make sure [your Team] knows who you are and what you can deliver.” Both Anne and Sherry demonstrate what women are capable of and that women can do anything they want to do. At Southwest, we are honored to have such hard-working women in all areas of the Company, whether it be on the ramp, at a desk, or piloting a plane! The sky is truly the limit. ... View more