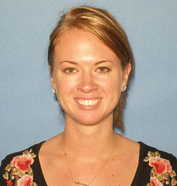 View all badges
Topics achaddick has Participated In

Re: Behind-the-Scenes with the Fall Campaign

by daveiam |
Not applicable
in Blog
Very cool. ... View more

Behind the Business Travel Challenge

by achaddick |
Not applicable
in Blog
445 Loves
445 Loves
It’s tough describing the atmosphere behind-the-scenes of a production shoot – forget the fact that we were surrounded by desert-like terrain in 100-degree, dry heat, and located at the base of Agua Dulce’s hills – this set was larger than life and built like an oversized play-place.   I could tell you about why my team and I decided to move forward with the Challenge Fall Campaign concept, how many hours we prepped for this shoot, and all the other minutia, but I’d rather share the FUN stories behind the hard work. Here are a few fun facts to get you even closer to the courses in Business Travel Challenge: Courses were 70 ft. - 80 ft. in length, built on stilt bases about 4 ft. tall and range 6 ft. - 25 ft. in height. Ball pits were 1 ft. - 8 ft. deep and filled with 56,000 gray balls. It took 310,000 gallons of water (85 truckloads) to fill the pool. Large dollar signs and body forms (dummies) had mechanical parts that were layered with vinyl and padding and were so heavy only cranes and trucks could move them around on set . There were 10 total cameras on every commercial’s set: four cameras were stable on cranes or lifts, six cameras were attached to Contestants’ helmets, vests and attached to various props; one crane stretched 100 ft. tall; the other 40 ft. Each actor had three sets of suits, outfits, shoes, etc, so that they could change after each stunt fall.  After this shoot I have a new appreciation for the choreography and planning that goes into stunt acting.  To help make it all look effortless, without a bead of sweat showing on anyone’s brow, or pit stain after a day of filming, I applaud the make-up and wardrobe stylists that improvised in the desert elements.  I bet you didn’t even notice the ribs, chest, elbows, kneepads, and safety harnesses underneath the business suits, did’ya?  Even with all of our safety precautions, crew, cameras, daily itineraries, etc., I always found time to have a little fun on the sets.  After the first day of shooting and watching the Bags Fly Free actors jump into the ball pit, I decided I had to do it.  The pit was 8 ft. deep, and once I jumped in, there was no crawling out; the stunt coordinators had to pull me out with a rope! After the second day of shooting and watching the Open Seating actors jump into the pool, I decided I also had to do that, too.  This time, every camera was turned on to watch my epic fail of an attempt to complete the Other Airlines’ ropes course.  Just as I took off on the first rope to reach for the second rope, the water mortars blasted me!   After the third day of shooting and watching the Rapid Rewards actors jump into a foam pit... you guessed it; I decided I had to do it, too.  But by the time I jumped in the pit late in the day, the foam started to melt and was really more of a warm water and mud pit with a few soapsuds.  The videos looked awesome, but I didn’t smell so great for my fellow shuttle riders.  Oops.  Luckily for me we had an amazing crew with us on set that had fun setting me up for the stunts (and failures), and really let me take a fun break during the tough work week.  I suppose I could also mention the two tarantulas found around the set on our first day of shooting, or the snakes on the second day… I do not like spiders. ... View more

Re: Fare Play: Huddle Up!