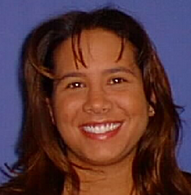 Adopting Our Family: The Story of the Koreneks

by tkorenek |
Not applicable
in Blog
356 Loves
356 Loves
Our journey to become a family of three began in 2004.  My husband, Matt, and I both work for Southwest. After six unsuccessful years of trying to get pregnant, we knew we were meant to provide a family and home for a child who did not have one.  We had talked about adopting a child if we could not have children, and knew right away in our hearts that our daughter was waiting in a Chinese orphanage half a world away.   We selected an adoption agency, completed an enormous amount of paperwork, had several visits with a social worker, and began the long seven-month wait to see the face of the little girl who was born in our hearts.  Our daughter Keilani was matched to us on our seventh wedding anniversary in June 2005.  On August 15 that same year, we were blessed to receive Keilani, and our lives changed forever.  We spent the next two weeks in China, then returned home and were quickly back to work.  We learned from the wonderful Employees in the Benefits Department that Southwest had an Adoption Assistance program that would reimburse adoption costs up to $2,000.00.  This was extremely helpful to us because it helped offset the costs we had incurred. It also showed us one more time what a great Company Southwest is and how it cares so much for Employees. Approximately one year later, we submitted our paperwork to grow our family again.  We had heard that our wait could take up to one year (waiting that long seemed unthinkable at the time).  Fast-forward four and a half years to December 2010, and we were still waiting.  We were required to meet with our social worker, Beverly, every 18 months to ensure our paperwork did not expire.  During our last meeting, Beverly had mentioned to us that the wait would continue to grow and encouraged us to think about a child with special needs.  We were able to determine that special needs adoption was definitely an option for us and we proceeded forward through our agency.  Although we were open to another girl or boy, our daughter was adamant that she wanted a sister, and we decided we would be happy with another daughter. One evening in May 2011 at Keilani’s soccer game, we both were kicking the soccer ball on the sideline with the little brother of one of her teammates.  Matt had made the statement, “kind of makes me want a little boy.”  As fate would have it, the following day we laid eyes on a little boy who would soon become our son, Makaio.  He was on the special needs list due to being born with clubbed feet.  We quickly did as much research as we could and consulted with a doctor and other adoptive parents to learn about what the treatment entailed.  We then contacted our agency and said we know he is our son. After approval from China, three months later we were on a plane going to pick up our son.  On August 1, 2011, the Korenek Family had grown to four members.  On “Gotcha Day” Makaio was barely two years old.  Our two weeks in China was nothing but planes, trains, and automobiles and an experience we will all remember for the rest of our lives.  We are so grateful to our Southwest Family that has surrounded us with LUV and support since bringing Makaio home one month ago.  We are also sincerely appreciative to Southwest Airlines for implementing paid adoption leave.  Because this program was instituted this year, we were able to spend quality bonding time with our son before returning to work.  Without the paid leave, we would have had to return to work much sooner.  THANK YOU to all the Employees in the People and Benefits Departments who answered our numerous FMLA questions and added our son to our benefits within one day so he could go to the doctor right away. For everyone who has supported us throughout this five-year journey to bring Makaio home, we LUV and appreciate you more than you will ever know! The Southwest Family was recently recognized by the Dave Thomas Foundation as one of the adoption friendliest companies in the US for our outstanding adoption benefits.  Our adoption-friendly policy provides our Employees a total of 12 weeks for an Adoption of Child Leave of Absence.  Three of those 12 weeks will be paid time granted by the Company and if both adoptive parents are employed by Southwest, they are both entitled to the benefit. Southwest will also reimburse up to $2,000 of the adoption costs to its Employees. As you can see from the story above, this policy has already touched the lives of some of our Employees, like the Koreneks. ... View more