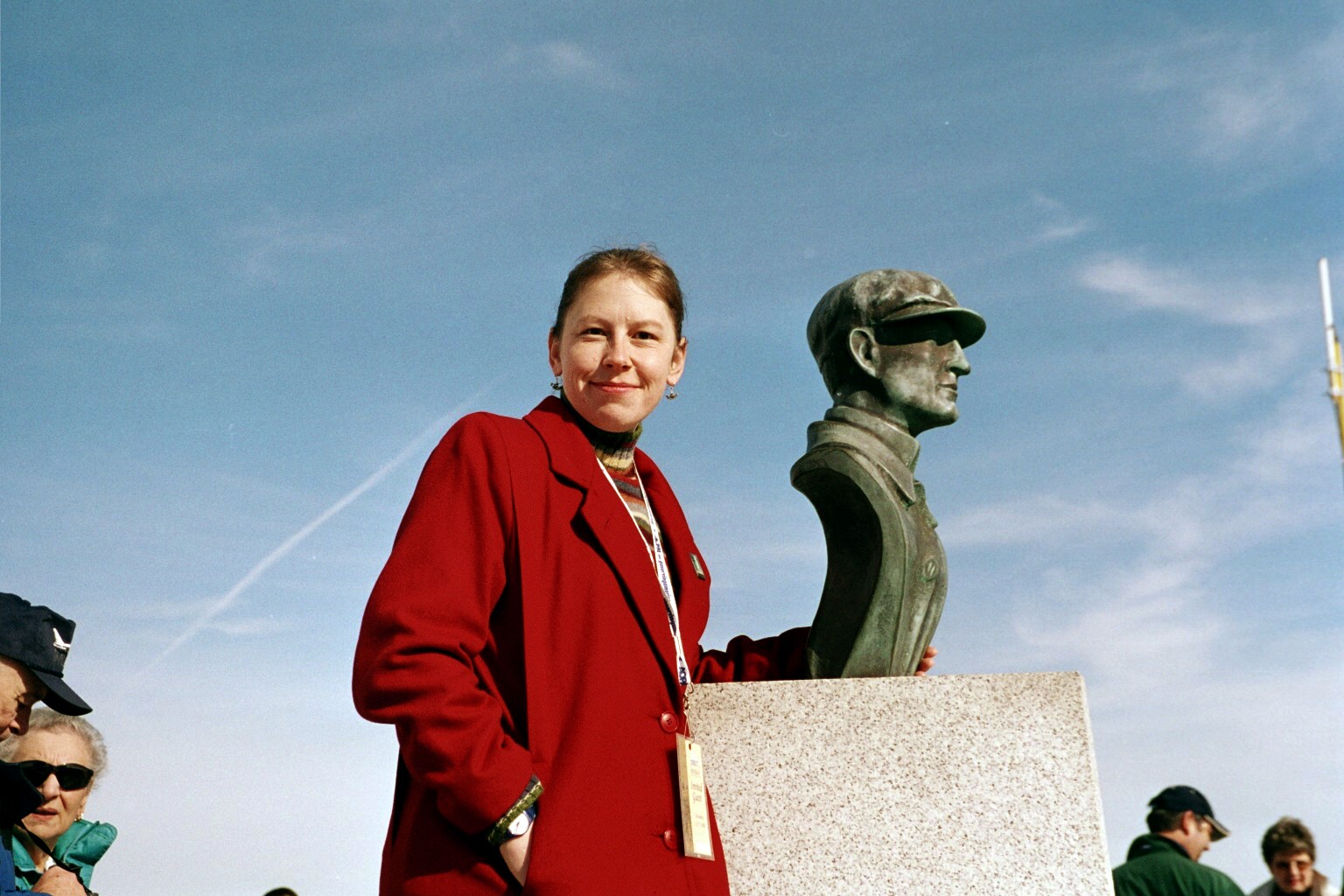 My Own History, in History

by ldurham |
Not applicable
in Blog
226 Loves
226 Loves
December 17, 2011 will mark the 108 th anniversary of flight!  That date is also my birthday…64 years after the first documented flight!  From what I have read, many people were trying to learn how to fly around 1903.  The Wright Brothers, Wilbur and Orville, documented their success via a photograph. The first flight took place on Kill Devil Hills, NC in an area of North Carolina known as the Outer Banks (You can get there on Southwest via ORF or RDU).  The location of the flight is often referred to as "Kitty Hawk, NC," because that is where the telegraph was sent informing the world of this accomplishment and because KDH wasn’t incorporated at the time.  The Wright Brothers picked this spot because of favorable wind conditions.  They made several trips to this area and set up some buildings to store supplies and to live in.  You can see re-creations of these buildings today at the Wright Memorial. The drive of these men just amazes me.  They came to the Outer Banks from Ohio via train and ferry boat carrying supplies to build the aircraft.  They had to set up living quarters, more than once, as a hurricane destroyed their building after one visit. Daily, they put up with mosquitoes, wind and sand everywhere.  Some local people helped the Wright Brothers.  Apparently, a red flag was set out to signal when help was needed.  Many of the men that helped were “Life Savers” (which would evolve to today’s Coast Guard).  One man, John T. Daniels, even took the famous picture of the first flight.  It was reportedly the first time he used a camera. A small monument was initially erected on the Outer Banks, possibly in the Kitty Hawk area. Today, the current monument is at Kill Devil Hills and you can see the ocean to one side and the sound on the other.  A gift shop, replica Wright flyer, and museum are at the base of the hill.  There have been some more things added on the land since the big 100 year anniversary in 2003.  If you make the pilgrimage, try to imagine just the land and primitive living quarters and these two men-- men who were trying to complete their work in NC and get back to Dayton, OH for the holiday-- pulling their aircraft to its starting point.  Orville was attempting to fly on December 17.  Wilbur had been the pilot when they tried to fly three days earlier.  Imagine not just the Wright Brothers, but the local people seeing this accomplishment.  And think about how far humankind has come today.  In fact, a piece of wood and fabric from the Wright flyer was taken to the surface of the moon in July 1969.  Imagine this: in some people’s lifetime they could see the beginning of flight and a moon landing! As you can see from the above picture, I was married at the Memorial on a beautiful October day.  My husband is a pilot for Virgin America and suggested the location.  What better place than the beautiful convergence of land, sea, and air, where history was made and led to such great accomplishments to make our own history! ... View more