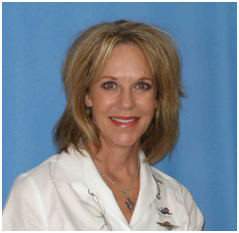 Looking Back on 25 Years for PHX Inflight!

by lalexander |
Not applicable
in Blog
236 Loves
236 Loves
On April 1, 1987, Phoenix became a Flight Attendant Crew Base.  Overnight, we went from having a single Crew Base in Dallas to having three locations for Flight Attendants to call home (the Houston Crew Base opened the same day as Phoenix).  Phoenix opened with 300 Flight Attendants, after many Southwest Warriors headed west, leaving friends, family, and familiar surroundings. At that time, Southwest had a fleet of 75 aircraft, flew to 27 cities, and ALL employees were four-digit numbers! (The first five-digit number came onboard June 20, 1987).  Our new lounge in Phoenix was located in the same building as the newly opened Phoenix Reservations Center, which was a few miles from Phoenix Sky Harbor International Airport. Once we checked in for our flight, we were driven by van to Terminal 1, where we operated out of a handful of gates. The summer of ’87 was a memorable one.  Southwest introduced “Fun Fares” with flights as low as $19 each way. Our most expensive fare was $99, or $198 round trip. The Company Club was introduced as our first Frequent Flyer program, smoking was allowed onboard the aircraft, and alcoholic beverages were free from 7:00 a.m. to 7:00 p.m. Monday through Friday! Because we were all new to the Phoenix area, as you can imagine, we were a tight group! There were many tubing trips down the Salt River, ski days at Saguaro Lake, happy hour celebrations, barbecues and parties, dinners at the Ronald McDonald House, and even a 23 person trip to see the Price is Right! Over the years, we have celebrated weddings, rejoiced in the birth of babies, supported each other during illness, and mourned the loss of loved ones. We have continued to be active in the community, and continue to offer support to one another. On April 5, Phoenix Inflight graciously hosted a celebration to honor the original Phoenix Flight Attendants who headed west 25 years ago. We proudly Shared the Spirit at the local Ronald McDonald House here in Phoenix to serve dinner to the families staying there while their children undergo medical treatment.  To further commemorate our silver anniversary, we spearheaded a fundraising effort to purchase three new dishwashers for the Ronald McDonald House. For more than 30 years, Southwest has provided the Phoenix community with its legendary Southwest hospitality at Phoenix Sky Harbor International Airport.  Phoenix is currently Southwest’s fourth busiest airport with 177 daily nonstop flights to 47 cities and direct or connecting service to an additional 24 cities.  And, there are 127 Flight Attendants who headed west more than 25 years ago who are still based in Phoenix—the city we proudly call home.  ... View more