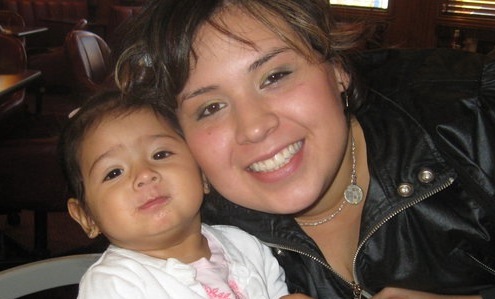 Awestruck by the Tuskegee Airmen

by fgomez |
Not applicable
in Blog
264 Loves
264 Loves
Start by doing what’s necessary; then do what’s possible, and suddenly you are doing the impossible.  I started by taking a call from a gentleman named Glen Thorne in Twin Falls, ID, who contacted SWA with an unusual request.  He told me that Quinn, his four-year-old son, has a passion for the military and will approach different military personnel to say a simple “Thank you for your service.”  Quinn’s fascination with the military grew tremendously after he saw the George Lucas movie, “Red Tails,” a Hollywood feature about the legendary World War II Tuskegee Airmen. Since then, Quinn will identify elderly veterans by the type of jacket they are wearing, veterans patch, or even the type of their hat and ask “Sir, are you a Tuskegee Airman?” Quinn Watching "Red Tails" Being awestruck by the Tuskegee Airman, Quinn asked his Dad if he could have a “Red Tail” birthday party. Of course, without hesitation, Glen said “yes.” Glen’s love for his son and his desire to make his fifth birthday a very special event motivated him to reach out to SWA.  Glen was eventually directed to Hope Stevens, an Employee in Technology whose uncle was a “Documented Original Tuskegee Airman” (DOTA).  Through her network of contacts, Hope found Mr. Leonard Yates, an 85-year-old DOTA living in the Sacramento area.  When Mr. Yates heard the story of Quinn, he enthusiastically agreed to travel to Idaho to surprise this young fan.  Hope learned that policies of the Tuskegee Airmen Association require that any DOTA who travels to an event must be accompanied by an escort due to their age and frailty.  After Mr. Yates signed onto the project, he was quickly joined by Mr. Walter Suggs, the President of the Sacramento Chapter of the Tuskegee Airmen Association. However, travel costs are a huge issue for the retired gentlemen. So Glen’s request was quite simple and yet huge.  He wanted to know if Southwest Airlines could make his son’s dream of meeting a REAL Tuskegee Airman come true. At this point I really didn’t know what to do or where to begin but I knew I had to try and do something. I took Glen’s request to my Team Lead, DeAnn, and sought the guidance of Kim Seale to help in getting this approved.  With my Leaders’ approval and support, we secured two Green Passes and the next thing I knew, I was booking the reservations! I contacted the Station Managers at SMF and BOI to ask if they and their Teams would be willing to help make this trip even more special.   Not surprisingly, I received unanimous and excited agreement from both Managers. Plans very quickly mushroomed in both cities for a celebration that was now less than one week away.  Fast forward to Wednesday, May 23, when Mr. Yates, accompanied by Mr. Suggs, arrived at SMF at 5:00 a.m. to find members of the Patriot Guard and American Legion Post # 77 waiting to greet them alongside many cheering SWA Employees!  Mr. Yates (left) and Mr. Suggs (right) After a quick flight to BOI, our Southwest LUV jet taxied to the gate through a traditional fire truck water arch, the first of several surprises arranged by our awesome Boise Employees.  When the plane arrived at the terminal, Mr. Yates and Mr. Suggs looked out the cabin windows on their side of the plane to see a WW II-era P-51 Mustang, the type of aircraft that Mr. Yates flew as a Tuskegee Airman, waiting alongside our modern Boeing 737! Posing with the P-51 Mustang Our Captain escorted them down to the tarmac, where they posed for pictures and Mr. Yates autographed the inside of a compartment hatch.  Inside, more members of the Patriot Guard, as well as the Air Force Honor Guard, joined our BOI Employees in welcoming them to Idaho! Signing the P-51 Mustang ALL of this was made possible through the group efforts of Hope, my Team Leaders in Customer Relations, Kim and countless SWA Employees in California and Idaho. Also playing an essential role were members of the Patriot Guard, the American Legion, the United States Air Force and folks such as the owner of a Twin Falls LaQuinta motel, himself a USAF Veteran, who donated hotel rooms. The hearts of all of those individuals were captured by a five-year-old boy, whom none of us have ever met. I have never been more honored to be a part of something so great and am a very proud SWA employee We are fortunate to have a workplace environment and a set of Leaders who allow and encourage us to “do the right thing for our Customers,” and the events of Quinn’s surprise birthday party are a perfect example of what can happen when we Live the Southwest Way and are led by our Servant’s Hearts! ... View more