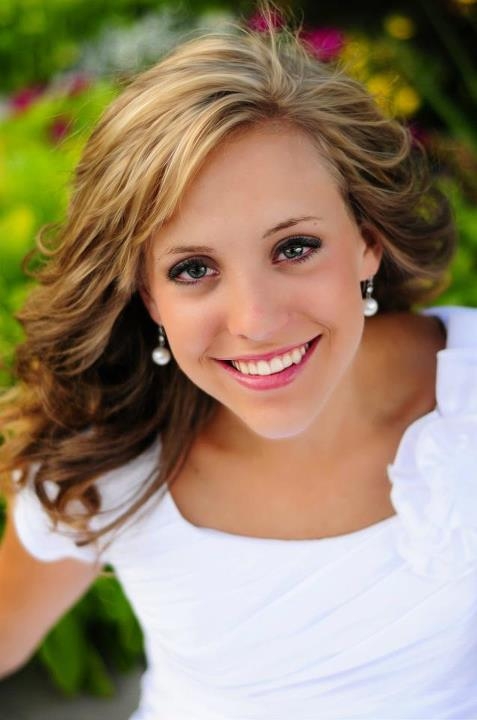 by lknight |
Not applicable
in Blog
531 Loves
531 Loves
Here at Southwest, we do things a little differently.  And we are SO okay with it.  This past weekend was filled with inaugural flights and new adventures that included a little celebrating.  When our Los Angeles-bound Milwaukee Passengers woke up on Sunday morning, they had no idea what they were in for.  Upon boarding the flight, they were each greeted on the plane with a glammed-out necklace, a pair of sunglasses, and a “Welcome to the first non-stop flight from Milwaukee to LA!”  Streamers and stars lined the plane, giving a Hollywood feel. We were thrilled with the pleasantly surprised look on everyone’s faces and most gladly participated, wearing their necklace on our journey.  Flight Attendants did not fail to make sure everyone knew how special they were being on this kick-off flight.  SWA Interns Lindsay Knight (l.) and Carrie Kenrick (r.) Four-hour flights can feel so long sometimes, but we helped pass the time with movie trivia and, of course, lots of Southwest-style prizes.  By pushing their call buttons, Passengers became contestants, winning inflatable planes, bag tags, and movie award replicas.  The response and participation made the experience fun and gave our flyers a little taste of Hollywood.  SWA Interns Lindsay Knight (l.) and Carrie Kenrick (r.) It may have been a little unconventional as far as airlines go, but that’s the way we like it. ... View more

Get Amped at Red Rocks!

by lknight |
Not applicable
in Blog
397 Loves
397 Loves
Southwest Airlines hits all the right notes when it comes to making summer ROCK in the Mile High City.  Denver provides many vacation activities, from fine dining to sports and entertainment.  It’s home to many famous entertainment venues, including Red Rocks Park and Amphitheatre.  Southwest Airlines is proud to be the Official Airline Sponsor of this amazing outdoor music venue and participate in many of the events and activities held there.  Traveling away from the busy city of Denver, you come across some of the most beautiful scenery in the country.  Rocky landscape and green trees create a stark contrast against the blue Colorado sky. Red Rocks Amphitheatre itself is built into these amazing rocks, including the visitor’s center that houses the Southwest Heart of the Rock Theatre, showcasing the awesome partnership we have with Red Rock Amphitheatre and Arts and Venues Denver.  The Southwest Theatre, complete with airplane seats, gives visitors a chance to see concert footage and documentaries about the venue and bands that have played at Red Rocks. The 192-stair descent to the stage lines the benches that seat up to 9,450 concert goers.  Music legends like the Beatles and John Denver have all performed at this beautiful venue.  Located between the rocks, the concert area provides a beautiful view of the natural scenery as well as a glimpse of Downtown Denver.  The venue alone is reason enough to attend a Red Rocks concert.  Seeing the light bounce off the rocks and hearing the amazing outdoor acoustics provide an experience unlike any other in music. I had the opportunity to see a live show, and I highly recommend any music lover experience it for themselves. We are excited to kick off our Get Amped 2013 Sweepstakes at southwest.com/redrocks. Enter online for the chance to win a pair of tickets to ten concerts during the 2013 Summer Concert Season at Red Rocks Amphitheatre. That means you and a guest have a chance to ROCK out at ten different shows!  Enter to win now!  We can’t wait to see you in Denver. ... View more

A Golfer's Dream in San Francisco

by lknight |
Not applicable
in Blog
355 Loves
355 Loves
A difficult course, a beautiful location, and a fun-filled tent made for a successful weekend of golf in San Francisco. It was the perfect setup to continue our Sports Illustrated at the Majors Presented by Southwest Airline series. With a putting green, photo ops, and live tournament coverage, fans enjoyed the golf event experience from the action on the course all the way to Union Square Park in Downtown San Francisco where we brought the excitement to them.      Our first Majors event in Atlanta brought excitement to one lucky winner, Judge Gary Jackson, who won the ultimate golf getaway: a prize that brought him with us to San Francisco. This trip would be a grand prize to anyone, but especially a golf enthusiast like Gary.  He scored big with the chance to bring his wife for the weekend in San Francisco and enjoy the events there.  Gary was beyond excited before heading out west and was still walking on air when we chatted after he returned from his vacation, saying that they “enjoyed it to the fullest.”     The tournament course near the coast turned out to be a very difficult one, especially with some heavy fog on the final day of competition.  Gary and his wife, Jean, attended the tournament and got to see and even meet some of the players.  On Saturday, the Jacksons headed over to Union Square Park to check out the Southwest tent.  Everyone had a great time meeting Gary and all agreed he was the right person to win.  Gary commented on the friendliness and enthusiasm of everyone at the tent and tournament, which added to the experience.   We had no idea, but Saturday was actually Gary’s birthday!  What better way to celebrate than being in San Francisco watching your favorite sport played and presented in such a fabulous way?  Along with visiting the tournament, the Jacksons got to visit some of the amazing sites San Francisco has to offer, including Gary playing a round of golf himself.  “We had the best vacation ever,” Jean commented, “it was beyond great.”   Our events and partnership continue in South Carolina August 9-12 at Freshfields Village.  Come share the golf LUV with us this August! ... View more

by lknight |
Not applicable
in Blog
322 Loves
322 Loves
June 20 marks the official first day of summer. What does that mean? School is out, the sun is hot, and we are ready to party. As travelers plan their summer adventures, we wanted to highlight some activities in Denver that could be of interest to the folks traveling out west. From the Southwest Rink to the Southwest Court, Skyline Park changes every season to make way for our favorite activities. Summer has its own unique experience in that very same venue. Pull out your blankets and lawn chairs from June 30 through the end of August for evenings of Movies in the Park. Dusk will bring exciting titles like Pirate of the Caribbean and Forest Gump to life on the big screen while still letting you enjoy those summer nights outdoors.  To make it even better, these movies are FREE all summer! Skyline Park also has you covered for those lazy summer afternoons. Starting on July 1, Skyline will be hosting FREE Summer Concerts from noon to 1:15. Come and see some of Denver’s finest musical talent every Friday. Bring your picnic for a relaxing listening session all the way through August 19. With all of this summer excitement going on, where is the most ROCKin’ place to hang out this summer? Stay tuned for our next post and find out.. ... View more

A Hole-in-One for One Lucky Fan

by lknight |
Not applicable
in Blog
360 Loves
360 Loves
Excitement grows as we prepare for a week in San Francisco for the U.S. Open with our Partner, Sports Illustrated, and at one of our signature events: Sports Illustrated at the Majors presented by Southwest Airlines! During our April event in Atlanta for the Masters, Judge Gary Jackson was the lucky “putting challenge” participant who won an ultimate golf experience in San Francisco. He will be joining us this weekend for a fabulous, golf-filled trip. I had the chance to visit with Gary about his upcoming trip to San Francisco, and let me tell you, I have never met such a golf enthusiast. Golf memorabilia lines his office and he has memories and stories from tournaments of years past. He is an accomplished Municipal Court Judge in Atlanta, having given lectures at many legal seminars and hosted the radio show “Legal Action with Gary Jackson” for eight years. He was even a line judge for badminton at the 1996 Olympic Games. With his busy life and tremendous achievements, playing golf and attending tournaments have always been his passion. Judge Jackson has attended the last 26 Masters tournaments in Augusta, Ga. However, he hasn’t been able to attend the U.S. Open since 1976, when it was played in Augusta, and he was ecstatic to win the opportunity to attend this year’s tournament in San Francisco with his wife. “I thought it was a scam at first,” Gary laughed, “but since I found out it was real I’ve been walking on air.”      Golf has become a family event for the Jacksons as they attend tournaments together and Gary plays with his son, Isadore, pictured above. “Some of my favorite times have taken place on the golf course, especially playing with my late father, who taught me the game,” Gary says. Passing the game down to his children and attending the tournament in San Francisco on Father’s Day is, for Gary, a rewarding experience. Stay tuned for the story of their experience and news from the event in San Francisco. Since a ticket to the U.S. Open is difficult to come by, we are bringing a unique experience to Union Square in Downtown San Francisco in order to give golf fans the ultimate golf experience. Beginning today, June 14, and continuing through June 17, Southwest Airlines and Sports Illustrated will offer golf-themed activities from 12-6 p.m. each day. Participants can get a swing analysis from a golf pro, watch live tournament coverage, and sink a putt in the Southwest Airlines Putting Challenge for a chance to win a FREE flight. There will also be daily giveaways and a gallery of historical tournament photography presented by Sports Illustrated. If you get a chance, come see us in Union Square. As Gary put it, “A bad day on the golf course is better than a good day in the office.”   (Editor's Note: We wanted to surprise Simon, so check out this video from the event in Atlanta, which resulted in the aforementioned story!) ... View more