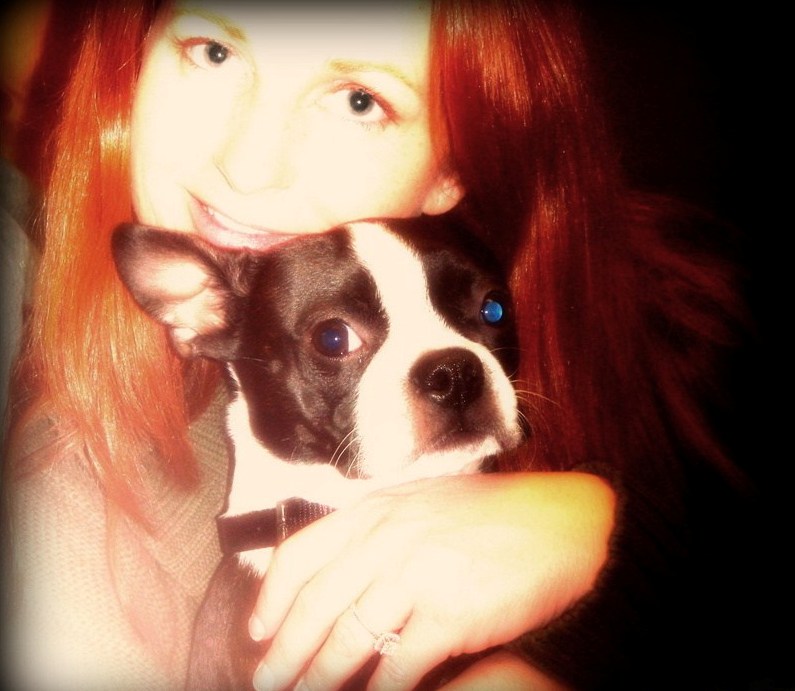 by lpruittsmith |
Not applicable
in Blog
659 Loves
659 Loves
Zoey is my two-and-a-half-year-old Boston Terrier, and we believe that she is Southwest's most frequent flying pooch! She has been flying with me on a regular basis since coming into my life. A year and a half ago, my husband had a medical emergency making it necessary for me to fly no less than one or two roundtrips every month, dog in tow. As it turns out, Zoey absolutely LOVES fly days! The minute I pull my suitcase out she is scrambling to get in her carrier and go! She’s a mini-celeb on those days, as everyone in the airport just goes gaga over her. We can't get five feet in the airport without being stopped by someone cooing over her and asking me 20 questions about her being allowed on the plane. The Flight Attendants love her and make sure she knows that she's just as special as those two-legged babies, then she curls up under the seat for her nap. Every flight, I end up answering so many questions from curious passengers who are unaware that pets are allowed, while Zoey basks in the their adoration. They walk away thrilled and commenting that they will bring their pet next time! It’s a strange, yet wonderful phenomenon to watch when Passengers encounter Zoey at the airport; they seem almost enchanted with her! It happens so frequently that I've come to realize that this little moment they share with Zoey brings them a touch of home and makes them think about that wagging tail waiting for them to walk in the door. It's such a thrill to watch Zoey give them a spring in their step toward their next destination. We fly Southwest because you are so pet friendly and you make it possible to have Zoey safe and close to me in all my travels. Over the last couple years, and especially in this last year of medical hardship, P.A.W.S. has been priceless. You can count on Zoey and me for continued LUV and support!                  ... View more