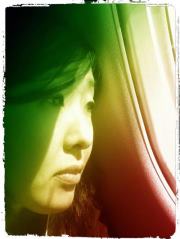 A Major Milestone for LAX

by mchun |
Not applicable
in Blog
5 Loves
5 Loves
Today will be a major milestone in the Southwest Airlines history books. On this day, we unveil the first phase of the modernization of our LAX station. In 1993, I was hired as a Customer Service Agent at LAX. At the time, we shared the east end of Terminal One with America West, while US Air occupied the entire west end.  Technically, we were not the largest carrier in the terminal, but we consistently had the highest passenger loads. We needed more space, and there was always chatter about how we would one day have the entire terminal to ourselves. As the years passed, it seemed like it would never happen. I am now in my 23 rd year at LAX, and I am amazed at the transformation that has taken place. Not only do we have more space, but we also have the latest technology in the airline industry. All of this provides the perfect foundation for us as we work toward introducing international destinations to LAX. We love this city and are excited to be able to offer our Customers more options, and a new experience marked with efficient service and unmatched Southwest hospitality. If you want a full LAX T1 history lesson, or to learn more about the modernization project, check out a recent blog published by Aviation reporter, The Cranky Flier here.  And, you can check back later to see more photos from opening day at T1 on www.swamedia.com. ... View more

by mchun |
Not applicable
in Blog
4 Loves
4 Loves
Last week you heard from my fellow Diversity Council Member, Shereen Govender, who shared some great takeaways from Southwest’s Vice President of Diversity and Inclusion Ellen Torbert at this year’s Diversity Summit.  Ellen continues to inspire me to lead the charge at our Los Angeles Station where I work as a Manager of Station Administration to make my co-workers feel like they can bring their whole selves to work. One of the other speakers at our Summit this year was James Turley, who is the former CEO of Ernst & Young.  Listening to him speak—it’s evident that he was instrumental in helping the company see the value of having Employees from all different backgrounds and experiences. Mr. Turley continues to be a champion of inclusive leadership and spoke about the importance of the theme of our Diversity Summit – Reframe the Dialogue.  The need to reframe the dialogue is crucial because doing so will turn talk into action.  He echoed Ellen Torbert’s sentiment of working to engage all Employees’ hearts and minds.  While we know in our hearts that embracing people from all walks of life is right, fair, and just, it is also an increasingly important part of a Company’s success. Mr. Turley explained how the landscape of the business world is experiencing a profound geo-economic and demographic shift (including age, gender, ethnicity, and sexual orientation).  In this video, you’ll find out why there is a growing need for an inclusive style of leadership, which values differences of all kinds, and fosters a culture where all Employees feel their thoughts and ideas are welcomed.  I hope his message resonates with you as much as it did with me, and that it will inspire you to find ways to better your work Culture. How do you set the example of what’s right in the workplace?  Let us know by commenting below! ... View more

by mchun |
Not applicable
in Blog
201 Loves
201 Loves
According to the lunar calendar, 2013 is the Year of the Snake and begins on February 10 th .  Unlike the Gregorian calendar, where New Year’s Day is consistent (January 1 st ), the actual date of Chinese (aka Lunar) New Year ranges from late-January to mid-February.  This is because it’s celebrated on the day of the first new moon of a new year.  Similar to the Western zodiac, the Chinese zodiac consists of 12 signs; however, its cycle is 12 years , not months.  All 12 signs are animals – rat, ox, tiger, rabbit, dragon, snake, horse, sheep, monkey, rooster, dog, and pig – and supposedly give hints to a person’s temperament and character.  Those born in the Year of the Snake are said to be good-tempered and possess gracious morality, but can also be jealous and suspicious. The common greeting for Chinese New Year is “Gung hay fat choy”, which translates to “wishing you good fortune and happiness”.  Most traditions surrounding this celebration are meant to ensure a happy, safe, and prosperous year.  Two that I fondly recall from my childhood are lycee and firecrackers.  Every year, we would celebrate Chinese New Year with my father’s parents, or Po-po and Ah-Goong (Chinese for grandma and grandpa), who immigrated to Hawaii from China.  They would give lycee or “lucky money” to the kids – small red envelopes filled with money, which were meant to protect us from evil spirits.  Then to ensure that our year was off to a rousing and lucky start, Ah-Goong would hang several long strings of red-paper firecrackers on a pole.  Once we got the cotton in our ears, he’d light them, creating enough noise to scare away any evil spirits (or stray cats) that may be lurking.  Afterward the ground was a sea of red paper bits, which was apropos since in China, the color red signifies health, happiness, harmony, peace, and prosperity.  Gung hay fat choy, everyone! Southwest Airlines is a proud sponsor of one of largest Chinese New Year parades, held in San Francisco, CA (www.chineseparade.com) on Feb. 23.  Are you curious about your Chinese zodiac sign?  Go to www.travelchinaguide.com/intro/social_customs/zodiac to learn more.     ... View more

LAX at 30: Beach Cleanin' and Sun-Soakin'

by mchun |
Not applicable
in Blog
480 Loves
480 Loves
On September 18, 1982, Southwest Airlines began service into Los Angeles International Airport.  It’s now 30 years later, and we’re still going strong!  I won’t claim to be impartial, as I’ve spent my entire 19-year career at LAX, but it truly is a special place with an amazing, hardworking group of people.  Since this was such a milestone birthday, we felt multiple celebrations were definitely in order.   First, on Tuesday, our Culture Ambassadors organized a FUN, activity-filled day for our Employees and Customers.  Customers were offered complimentary coffee, pastries, and an assortment of candy in the gate area.  Employees were treated to a fabulous meal catered by L&L Hawaiian Barbecue, with delicious cakes and cupcakes for dessert.  In addition, there were massage therapists, a photo booth, and a DJ on hand to create the perfect environment to celebrate and reLAX (pun definitely intended).      Then, on Wednesday, to show our Servants’ Hearts, we organized a beach cleanup with the environmental group Heal the Bay.  About a dozen of us went out to nearby Playa del Rey, and while our red bellies were taking off in the skies overhead, we did our best to make the beach more pleasant and safe for beachgoers and the local wildlife.   Lastly, on Thursday, we held a SWA LAX Family Reunion at legendary local watering hole, The Bar Melody.  As you can imagine, after 30 years, LAX has seen hundreds of Employees come and go.  We felt it was time to revisit the past, so we invited all current and former LAX Employees to get together for happy hour.  What started as a simple idea, turned into an overwhelming experience.  More than100 SWA LAX Family members gathered from all over  California and beyond—SNA, SAN, BUR, LAS, PHX, ELP, BOS, and even Hawaii—to share some memories, tons of laughs, and maybe even a few drinks.  More pictures can be seen on our Facebook page: www.facebook.com/swa.lax.   ... View more