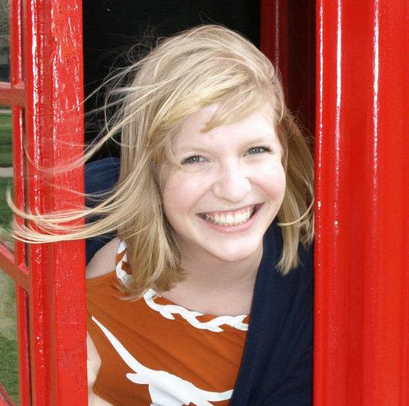 by ssettele |
Not applicable
in Blog
7 Loves
7 Loves
A call to the Southwest Airlines reservation line changed Wendy Smith’s life. Yes, really. During her college years, Wendy would make the occasional weekend trip home to Detroit, taking advantage of Southwest’s great low-fare promotions. Before one of those trips, Wendy called 1-800-I-FLY-SWA to book her ticket. She doesn’t remember the name of the Representative with whom she spoke, but after an hour-long conversation Wendy was a changed woman. She knew that her Warrior Spirit, Servant’s Heart, and Fun-LUVing Attitude belonged at Southwest Airlines, and she was ready for the journey of a lifetime. The rest, as they say, is history. Wendy, a wife, mother, and avid lover of jazz music, celebrated her 16th anniversary with Southwest in June. She calls her fellow Employees in Detroit her second Family. “We really are like a Family. Any time we get a chance to goof off or to praise someone, we do. We come together and help each other out,” she says. Wendy and her Coworkers in Detroit even have two “crazy cousins” (fellow Detroit Employees) who, she says, “make every day fun.” These jokesters are known to show up to work in costumes or wigs and to serve popsicles on the ramp during their lunch breaks on hot days. Why? Because Southwest Employees work hard and take care of each other, but they don’t take themselves too seriously. All jokes aside, Wendy goes to work every day with a smile on her face. She has one goal: to make people happy. She says she knows that it’s hard to please everyone, but her job is to give each and every Customer, from seasoned road warriors to first-time travelers, the best possible Southwest experience. Whether she’s singing and dancing through the airport or lending an ear when a Customer faces a long flight delay, Wendy is always up for the challenge of wowing Southwest Customers. So next time you call 1-800-I-FLY-SWA, pay close attention. You just might discover your calling. We’re sure glad that Wendy did! ... View more

by ssettele |
Not applicable
in Blog
256 Loves
256 Loves
Working in Customer Relations is a unique experience. No two e-mails or telephone calls are the same. A few weeks ago, I received an e-mail from Captain Peter Lindblom of the New Orleans Fire Department (NOFD) who told me about the NOFD’s relationship with the New York Fire Department (FDNY), which started after September 11, 2001. New Orleans firefighters traveled to New York to help their brethren, expecting to spend their time doing manual labor at Ground Zero; instead, they did their part and showed their support and solidarity by attending funerals of fallen firefighters from 9/11. Ever since, the NOFD and FDNY have enjoyed an unparalleled brotherhood—one that was made even stronger when the FDNY rushed down to New Orleans, lights and sirens blazing, to help out after Katrina. The NOFD knows what it’s like to need help, so after hearing about the damage caused by Hurricane Sandy along the East Coast, they wanted to repay the favor to the FDNY. Captain Pete’s story pulled on my heartstrings, so I called down to our Communication & Strategic Outreach Department (where I was an Intern during Summer 2011) and spoke to Laurel Moffat. Laurel was as excited as I was to have Southwest help these hometown heroes make a difference by donating roundtrip air travel for nearly 40 New Orleans firefighters to pay it forward. Just a few weeks later On Tues., Nov. 27, NOFD firefighters boarded a Southwest plane to New York with a final destination of Rockaway, Breezy Point, and Long Beach areas, some of the hardest hit by the hurricane in late October. After spending the night with Friends of Firefighters in Brooklyn, New York, the Firefighters got right to work tearing up flood-ruined flooring and moving heavy appliances; more importantly, however, they touched the hearts and made a difference to everyone who crossed their paths.   One Rockaway resident stands out in my mind the most. With tears in her eyes, she asked if someone could spare a few minutes to come by her house, a few blocks away, and board up a few windows. She didn’t know where else to turn. NOFD Captain David Nick immediately stopped what he was doing and wrapped his arms tightly around this distraught woman. He knew just what she needed—some reassurance and a big old hug. Four firefighters took a break from working and shared their experiences with her including stories of devastation after Katrina and stories of hope. Before the woman went on her way, NOFD Captain Billy Shanks gave her an envelope full of money from funds the firefighters had raised “shakin’ the boot” before the trip. Her overwhelming reaction full of emotion is one that I will never forget.     Over the next three weeks, more than two dozen additional firefighters will make the journey to lend a hand wherever they’re needed. I can’t wait to see the positive impact they’ll make and the forever-lasting memories and inspiration of hope they’ll leave behind. I am so proud to be a Southwest Airlines Employee. We give from the heart and make it possible for others to do the same. And, it all started with one e-mail.      Southwest Airlines is very proud to be a part of the cleanup effort by flying in volunteers and through our support of the American Red Cross. Keep your eyes peeled in the next weeks for a video about the NOFD’s adventure; I just know you’ll LUV these guys just as much as I do. ... View more