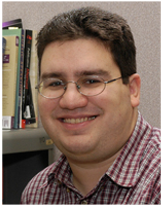 by dzanolla |
Not applicable
in Blog
767 Loves
767 Loves
I understand customer service. I teach a college-level course about one of the most successful customer service cultures in the world: The Walt Disney World Resort in Orlando, Florida. I know that it’s the little things that make a difference and grow customer loyalty. I only say all of this to help you understand what an impact one small interaction had on my family on a recent Southwest flight. In early December, my wife Leah and our two sons were flying from Orlando International Airport to Lambert International in St. Louis.  This flight was the end of a trip that included a seven-night Western Caribbean cruise on the Disney Fantasy, where you are treated like VIPs at every turn.  Upon checking in at the gate, I mentioned to a Southwest Employee that my oldest son Jacob was celebrating his 7 th  birthday that day.  He was already a bit disappointed that his birthday wouldn’t involve the typical pomp and circumstance.  Our travel that day would consume nearly 14 hours from the time we stepped off the cruise ship until we pulled into our garage.  Needless to say, this couldn’t have been a very exciting day for a seven-year-old on his birthday.  After letting the Southwest Employee know it was his birthday, I was hoping for a simple “Happy Birthday” announcement over the speaker system as we listened to the safety presentation; what happened well exceeded my expectations. It was nearly an hour into our flight when one of the Flight Attendants came across the overhead speakers and announced that there was a special birthday boy named Jacob onboard.  At first, I don’t think he knew what was happening because he was engrossed in one of his birthday presents, a copy of The Mouse and the Motorcycle.  However, once he realized what was happening, his smile got bigger than mine (if that was possible).  The crew member told everyone onboard that they were going to dim the lights so we could sing Happy Birthday.  She also instructed everyone who was able and willing to light up their call buttons so it would look like birthday candles being illuminated. As everyone sang to Jacob, the Crew delivered him three birthday surprises: a cake, a crown and a nausea bag.  Obviously, a real cake would be challenging to both keep and eat on a plane.  This was no ordinary cake, it was a roll of toilet paper with coffee stirrers acting as candles and the words “Happy Birthday Jacob” written across the front.  The crown was a clever creation of bags of peanuts held together with red coffee stirrers.  In the bag?  It was used as a gift bag and contained a small stuffed animal named “Thunder.”  It’s in his backpack at this very moment. This experience was meaningful for my son, but it was perhaps more meaningful for me.  When I teach about the organizational culture of Walt Disney World, I stress the importance of the “little things.”  The Disney Parks thrive on small moments where happiness is created.  We have encountered the same thing flying on Southwest.  It’s not just the affordable fares and the free checked luggage; it’s those little moments that make our travel memorable.  Whether it’s a Crew member adding a bit of humor to the pre-takeoff spiel or a birthday crown for my son, Southwest understands how connections are made; it’s the little moments that sometimes mean the most. I know that it’s the little things that make a difference and grow customer loyalty. I know that’s why we LUV flying with Southwest. ... View more