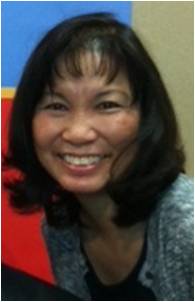 by pouchida |
Not applicable
in Blog
251 Loves
251 Loves
By the spring of 2011, there was already a buzz among veterans of our local VFW Post 8985 that there was going to be a Congressional Gold Medal (CGM) ceremony in Washington, D.C. to honor the Japanese American soldiers of the 442 nd Regimental Combat Team, the 100 th Battalion, and the Military Intelligence Service whose heroic service during World War II made them the most decorated fighting unit in the history of the United States.  Even better, veterans would get a roundtrip ticket on Southwest Airlines to attend the ceremony.  My father, a veteran of the Military Intelligence Service, didn't pay very much attention to the talk because he was caring for my 87-year-old mother who was gravely ill.  On June 15, 2011, Mom passed away, and Dad lost his partner of 62 years.  We worried about my father because Dad depended on Mom, and she was taken away quickly with little time for adjustment.  At the funeral, a family friend mentioned the CGM ceremony again, and said to sign Dad up for a free Southwest ticket.  Hoping it would give Dad something to look forward to, I submitted his name. The weeks passed, and the ceremony was finally announced.  I kept filling out forms to keep my Dad on the list, but I couldn't get him excited about the trip.  Two weeks before the November 2011 ceremony, he still hadn't decided to go.  I told him, "Dad, you have to go.  Southwest is giving you a free ticket."  So, my sister and I packed him up and accompanied him to the airport.  That is when we realized we were about to embark on a life-changing journey. From the get-go, Southwest provided pre-boarding passes for my Dad and the other vets in wheelchairs.  After we were underway, the pilot came on over the loudspeaker and told the whole plane about the "heroes" who were on board, and related their exemplary service record.  Every passenger on the plane gave the vets a heart-felt applause.  On the second leg, the vets were put at the front of the line and boarded first.  Again, they were feted by the crew, and passengers congratulated the vets.  I could see my father sit up taller in his seat. The days that followed were extraordinary.  My father said it was the biggest thing that ever happened to the Japanese American community.  Our stay in D.C. passed quickly, and we returned to Dulles for the flight home.  We thought the ceremonial tributes had ended, but the crew of Southwest made sure that every veteran returned home a hero.  Again the story was told over the loudspeaker.  Again there was applause.  When we finally reached home, the crew disembarked and came down to the baggage claim area for a final farewell. Since then, Southwest has continued to be Dad’s guardian angel.  In November 2012, we were told that Dad’s heart condition was deteriorating and there wasn’t much medicine could do to help.  We listened to him struggle to breath and tried not to notice his grey pallor.  Once again, he received a Southwest-sponsored ticket to attend the launch of the Smithsonian exhibit of the Congressional Gold Medal in New Orleans at the National World War II Museum.  We didn’t think he would make it this time.  As the days marched toward January 2013, his skin color started to improve.  He was given medical clearance to travel, and he attended the January 12 ceremony where he and his fellow veterans were honored. During the trip, he got out of his wheelchair and walked along the Mississippi River with my daughter.  Dad said, “I wouldn’t have missed this for the world.” On the way home, Southwest Airlines Community Affairs Manager Kim Delevett made an announcement on the plane and my dad shared, "It was a long time ago, but it sure was nice to be appreciated.  It made me proud that I did my part to serve this country." We are starting to believe that miracles come through a Southwest plane. I want to thank you on behalf of one old man.  On Sunday, he celebrated his 92 nd birthday.  You put the sparkle back in his eye. Southwest Airlines is proud to support the Congressional Gold Medal Tour.  Please see below for dates and locations of the tour: National World War II Museum, New Orleans, La. – Jan. 12-Feb. 17, 2013 Bernice Pauahi Bishop Museum, Honolulu, Hawaii – March 9-April 14, 2013 Japanese American National Museum, Los Angeles, Calif. – May 4-June 9, 2013 De Young Museum, San Francisco, Calif. – June 29-Aug. 4, 2013 Oregon Historical Society, Portland, Ore. – Aug. 24-Sept. 29, 2013 Chicago History Museum, Chicago, Ill. – Oct. 19-Dec. 8, 2013 Houston Holocaust Museum, Houston, Texas – Dec. 21, 2013-Jan. 24, 2014  ... View more