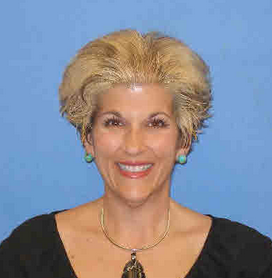 by tgregory |
Explorer C
in Blog
135 Loves
135 Loves
Paul Kaup’s path to the Pilot’s seat of a Southwest Airlines 737 began in 1992, when aspirations of flying the open skies took him and his girlfriend, Karen, from their hometown of Chicago to the Phoenix area to attend Arizona State University. In college, Paul began working as a Southwest Ramp Agent, and he fondly recalls expediting his proposal to Karen so that she could share his flight privileges.      After finishing college and recording the required flight hours with other airlines, Paul came home to Southwest in 2004 and has enjoyed the breathtaking views from his “office window” ever since. He relishes seeing the changing of the seasons, as the colors of fall drift southward, as winter’s snow caps the mountains, and as spring reverses the cycle—all from 30,000 feet.    Being a Southwest Pilot affords Paul and his family, including his 9-year-old twins, Anna and Gerrit, and his 7-year-old, Benett, the opportunity to occasionally sneak away from Chicago to enjoy the warmth of the sandy Florida beaches, a favorite vacation spot. Paul even “follows the sunshine,” planning his flight routes to include destinations ideal for a late afternoon or evening run. He also plays a variety of sports and coaches children’s basketball, passing his love for the game on to his kids.    Additionally, Paul volunteers for a project dear to his heart: Southwest’s Adopt-A-Pilot program. Through this program, Paul shares the joy he finds in flying and teaches students how lessons learned today can make a difference in their future. One of the most successful projects his classes have helped with was last year’s launch of a near-space weather balloon. (Another launch is slated for this year).   Paul firmly believes his time as a Ramp Agent prepared him well for the relationships that he would form with his Fellow Employees after becoming a Pilot. Andhe says the People of Southwest set the Company apart from the competition. It’s clear that Paul is one of those People that Southwest Airlines is fortunate to have. ... View more