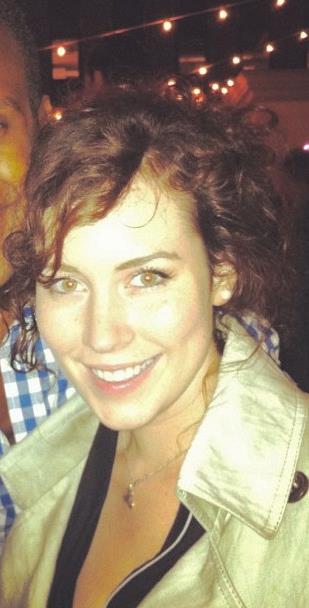 by lprowse |
Not applicable
in Blog
71 Loves
71 Loves
Seventeen years ago, Armando Cavazos had no idea that a flight on Southwest Airlines would change his life forever. As a Passenger, he was so touched by the LUV and passion shown by the Inflight Crew that he started to dream about becoming part of the Southwest Family. Today, Armando is living his dream as a Southwest Flight Attendant. He has spent the past 13 years providing Customers with the Legendary Customer Service for which Southwest is renowned. Armando’s favorite thing about Southwest is that each day brings something different: different people, different cultures, and even different languages. One of his most treasured Southwest memories involves an elderly Customer who was sitting alone in the baggage claim of Houston’s Hobby Airport. She was in a wheel¬chair and had a worried look on her face. Armando walked over to see if he could assist her. She handed him a note that explained that she only spoke Spanish and was waiting for her family to pick her up. Armando, who speaks both Spanish and English, was able to reassure the woman. He stayed by her side, calming her nerves and keeping her company until the family arrived. For Armando, treating Customers like family members is what Southwest Customer Service is all about. When he’s not connecting with Customers on the ground or in the sky, Armando enjoys exploring new cultures, tasting new foods, and visiting his favorite hot spots in New York City. Armando likes to meet his family in the Big Apple for a delicious meal at Birreria, their favorite restaurant in Manhattan’s Eataly marketplace. As an inveterate “foodie,” Armando always makes a point of discovering the best restaurants wherever he travels. Everyone who works with Armando appreciates his positive attitude, adventurous spirit, and huge heart. Southwest’s exceptional Customer Service can be traced to dedicated Employees like Armando, and we are proud that he is part of our Southwest Family! ... View more

by lprowse |
Not applicable
in Blog
93 Loves
93 Loves
We knew that the last act of the Travelin’ Taylor Tour had to be special.  Quite frankly, the five previous performances from five talented musicians truly struck a chord with our Passengers.   The musicians’ devotion to fans and dedication to come together, as a team, to create something true to themselves—well, it’s what we really strive to do here at Southwest. That being said, we knew we had to go out with a bang.  So, how to wrap up such a momentous tour?  Rising country music star, Easton Corbin, whose unapologetic country twang and sweet southern sound proved to be the perfect finale!  While Easton Corbin hails from Gilchrist County, Florida, he found a home in Nashville— where his dream to reach people with music took flight.  True to the title of his new album, “All Over the Road”, Easton Corbin has performed all over the country on tour with Rascal Flatts, Brad Paisley, and Blake Shelton.  He’s also the recipient of three American Country Awards!  Thankfully for us, he could take a little break from the road to share his music with a plane full of Passengers. Whether on the road or in the sky, his songs remind us why we fell in love with country music in the first place.  Check out the video to hear Easton Corbin croon his popular song, “Roll With It”.   ... View more

by lprowse |
Not applicable
in Blog
107 Loves
107 Loves
Hello, this is your Soul Patrol Captain speaking …Taylor Hicks!  There’s definitely a reason why Taylor Hicks is one of the most beloved American Idol winners.  Not only can the guy give an electrifying performance at 35,000 feet in the air, but his heart, charisma, and passion truly put the “soul” in “Soul Patrol.” All the way from Birmingham, Alabama, Taylor’s toe tappin’ tunes reflect the unique influence of Southern soul, country, and blues.  And once Taylor gets goin’ on his harmonica, get ready for a series of jazzy riffs that both surprise and delight!  Where can you find Taylor Hicks now?  If he’s not bringing the roadhouse to another Southwest Airlines flight, he’s headlining at Paris Las Vegas on the Las Vegas Strip. And did you know that his journey to fame all began with Southwest?  Check out the video to hear Taylor Hicks tell his incredible story!    Hey, Soul Patrol! Want to get your hands on the Southwest-themed GS Mini that Taylor Hicks is playing?  Head on over to southwest.com/taylortour, and enter for your chance to win! ... View more

by lprowse |
Not applicable
in Blog
102 Loves
102 Loves
We had a really great time selecting the winners of the High Five Your City contest.  Thanks for sharing why you LUV your city!  It was incredible to learn about all of your hometown hotspots and hidden gems.  Check out the five winners, and let us know in comments which one you’d like to give a “High Five!”  Tamara wants us to check out her neighborhood in Charlotte, North Carolina!  Thanks for the welcome, Tamara!  Kelsey gave Chicago a “High Five” by catching the city skyline at sunset. Kara shared a great photo collage of her LUV for Kansas City!   Linda LUVs her hometown in San Antonio, Texas.  Thanks for taking us on a tour through the Alamo City, Linda!   Check out her blog post here. Joe shares a bird eye’s view of the U.S. flag from Detroit, Michigan! ... View more