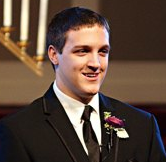 Out of the Old, Into the New: DAL

by nbrasher |
Not applicable
in Blog
153 Loves
153 Loves
“Is this really Dallas?”  Customers arriving at DAL after departing earlier in the week from the old terminal experienced “shock and awe” over the beauty and spaciousness of the beautiful new Terminal 2 at Love Field, which officially opened to the public on Tuesday. The new centralized terminal will one day boast 20 gates—11 opened on Tuesday, and a 12th is scheduled to open this summer.   It’s clear from our Customers’ reactions that the joint effort between the City of Dallas and Southwest Airlines to modernize Love Field has been realized in a significantly positive way.   ... View more