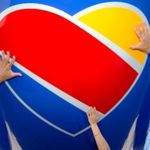 by CAandG |
Active Member
in Blog
1 Love
1 Love
As leaders chart a new course for the nation,   Congressional Hispanic Caucus Institute   (CHCI) President and CEO Domenika Lynch reflects on the importance of the near 40-year-old organization and its mission to provide critical educational and leadership opportunities for young Latinos while diversifying government at every level.   Since taking the helm in July, Lynch has been determined to grow CHCI to meet the rising demand for its programs and the needs of the growing Latino population it represents.   “We’re 55 million strong. More Latinos are graduating high school and going to college than ever before,” Lynch said. “We have more seats in Congress, and better representation in government, but we still have work to do.”   CHCI accomplishes its mission by providing a pathway for Latino high school, college students and recent graduates to explore and work in government. The   R2L NextGen   program brings Latino high school students to Washington, D.C. for a week to learn about government and and use the nation's Capital to as a classroom. The Congressional Internship Program and the Fellowships give college students and young professionals opportunities for hands on experience in public policy, working for elected officials and government agencies.   “Many of our alumni have pursued successful careers in the federal government, capitol hill, non-profit sector, and corporate America,” said Gretchen Class, CHCI’s Director of Corporate Relations. “Others have gone to work with different   federal agencies   like the   Department of Education   and the Small Business Administration. Many have returned to their home town to educate, empower and connect their communities by encouraging civic engagement.”   “When you come here and see people who you can identify with working on the hill, you feel like you belong,” said Lynch, who interned for former Attorney General Janet Reno. “It’s such a new experience. You may read about it in the classroom, but after you see it, you think, ‘Maybe I can do this.’”   As a partner to CHCI, Southwest Airlines provides air travel for the students who participate in the organization’s R2L NextGen, internship, and fellowship programs. “For some high school students, it’s their first time on a plane,” Lynch said.   In addition to the programs that bring students to D.C., CHCI also hosts workshops for students in six cities around the country.   “Southwest has been a long-time partner and an amazing one,” Class added. “They’ve brought people to our city, but the support also allows us to go outside of the nation’s capital to talk about what we do.”   Because CHCI’s operations depend on the generosity of donors, the air travel provided by Southwest means other funds raised can be devoted to operating expenses and activities that enhance the student experience.   “Southwest has really impacted the way we function,” said Class. “If it wasn’t for Southwest, we wouldn’t be able to bring as many students to D.C. and support them in their pursuit of their career goals, which they are very passionate about.”   In 2017, Lynch and Class will work on finding additional ways to serve more students beyond bringing them to D.C. Lynch said she has received an uptick in the number of students reaching out to her about getting involved, something the organization’s founders would most certainly be proud of.   “The intent of the founders was forward looking. They understood that if we were going to diversify government and elect leaders that look like their constituents, we need a vehicle.”   “Almost four decades later, the mission is more important than ever.”     ... View more
Categories:

by CAandG |
Active Member
in Blog
3 Loves
3 Loves
Did you know that the Community Affairs & Grassroots team at Southwest Airlines has partnerships with more than 500 nonprofits nationwide? In an effort to highlight the amazing work of our partners, we’re pleased to introduce our new Q&A series, The Southwest 5. Our first Southwest 5 features MANA de San Diego Executive Director Sofia Salgado. Having been involved with the nonprofit for more than 20 years, Salgado has watched the nonprofit, which celebrates its 30th anniversary this year, grow from the ground up. We spoke with her about the organization’s future, why Southwest Airlines’ support is a game changer, and which of MANA de San Diego’s programs is her favorite.    What kind of work does the organization do?   The organization was started by a group of women concerned with the dropout rate of Latinas. In 1987, we started our first Hermanitas (Little Sisters) program. We’ve gone from serving 12 girls to 60 today. In 2006, we began tracking the success rates of our girls that have gone to college. One hundred percent of our Hermanitas have gone on to pursue higher education.   What’s unique about MANA is that we support Latinas at all stages of their lives. We start with girls in middle school and work with women in college and women who are already professionals.   Why did MANA decide to focus just on women and girls?   It was the high dropout rate. We’ve had requests to expand to serving men and boys, but I think with the resources we have, we want to do a really good job, so we’ve stuck with women and girls. What’s interesting is that over the past few years, we’ve had men join us because they believe in the mission. They believe that women do take the lead when it comes to change in their community. Our programs focus on Latinas, but we do recruit mentors who aren’t Latinas that believe in our cause.   Is there a particular program that you’re most proud of?   The Hermanitas. That’s the one that tugs at your heart strings. These girls come in when they’re in 7th grade and are so shy and soft spoken. We encourage them to do public speaking, presentations and how to talk to adults. By the time they’re juniors or seniors, they’ve blossomed. That makes it all worthwhile. We were chosen as a “Bright Spot” in Hispanic education by the White House. I think our program works and people are noticing that we get results and make a difference.   What impact has Southwest Airlines had on the work of the organization?   Southwest Airlines legitimizes us. We’re a smaller nonprofit, but when Southwest is supporting us, it’s huge. What Southwest does is make us become more creative with our programming. We came up with opportunities for Latinas to travel to a conference. They have to tell us how it will help them personally, professionally, and with MANA. They come back and share their experiences and it helps us get the word out.   The biggest part is Southwest providing tickets for our Hermanitas who are juniors to visit colleges. It’s cool that Southwest offers that opportunity to our girls. That says to them “If you dream about it, we can make it a reality.”   What are you all looking to do in 2017 and beyond?   We’ve just scratched the surface. I’d love to see our members get involved with other boards. Being at the table, making decisions and are well prepared because of their time with us. I’d also like to see us provide more support to our girls once they’re in college. ... View more
Categories: