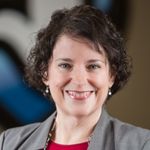 Shout Out to a Southwest Angel in Austin!

by tracer1223 |
New Arrival
in Blog
2 Loves
2 Loves
I was flying into Austin, Texas, from Omaha, Nebraska, and after getting into the terminal, I was notified of an upsetting family emergency back home that required I immediately turn around and fly back, even though my scheduled return flight was for the following Monday.   I had flown American Airlines and approached the desk to see what they could do for me. Of course, it was the weekend before Thanksgiving and most flights were fully booked. The best they could do for me was give me a $500 ticket back to Omaha with zero credit for the return flight I already had. When I burst into tears saying it was an emergency, they got someone on the phone who agreed to at least waive the $200 change fee. At that point though, I just dropped out of line because I couldn’t think straight and needed to compose myself. (I was a sobbing wreck!)   As I was sitting there, I looked up and saw there was a Southwest ticket counter to my left. I had just registered for a Southwest Rapid Rewards program and figured if I had to pay $500 to get back home, I should at least get some reward points for it, right? I approached the Southwest main ticketing area and was helped by someone named Jennifer. She was an angel with long hair and kind eyes who told me, “I understand. I’ve been there and when you gotta get home, you just gotta get home.” After a lot of searching, she was able to get me a flight out of Austin later that afternoon at a reasonable price; it would route through Denver and I wouldn’t get back until 9:30 p.m, but I’d be home with my family.    Thank you, Southwest, and THANK YOU, dear Jennifer—you were the one bright spot in a horrible, awful, traumatic day. I won’t forget your kindness! ... View more
Categories: