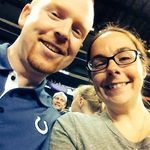 by RojoR22 |
New Arrival
in Blog
1 Love
1 Love
"I've always known I was adopted."   My dad was adopted a week after being born in Washington, DC in 1960 and had always been curious about his birth parents. After spending ten years attempting to unseal the adoption records through the courts, he had nearly given up after only discovering the maiden name of his mother. Searching with only that name had not proven fruitful for the last three years.   Recently, I purchased two AncestryDNA kits. Our intent was to see the origins of our DNA and compare them for some clue about our family   origin. And while I knew we submitted both of our samples into the worldwide database that could potentially connect us to distant family members, we both knew the odds were slim he’d find the important answer he'd been looking for. We both greatly underestimated that potential.   After receiving my dad's results, we learned his test had connected him to a biological cousin in Tennessee. After strategizing how best to reach out, my dad sent a general email to   his new southern cousin. Within two hours, the cousin ominously responded.        "What I am about to share with you can’t be connected back to me, but I know who your mother is."   After 56 years of curiosity and wondering, my dad was about to learn the answer to the most important question he'd ever considered. His Tennessee cousin filled in every blank to my dad's biological family tree. His birth mother was alive, married and lived in northeast Virginia. He had two half-sisters, cousins, nearly unbelievable family stories   from the Tennessee mountains...he had answers. He had hope.   Within   two   days,   my dad called the home of his birth mother. In a miracle of modern communication, his step-father picked up a call from a random number in western Indiana.         "Does the date of May 4, 1960 mean anything to you?"   Completely against my well-prayed-through, thought-out suggestions of how to begin such a conversation, my dad asked the most awkward,   most-likely-to-cause-hang-up question. Through the world's collective gasp, my step-grandfather answered. He had married my grandmother only seven months after the birth of my dad and knew the unforeseen circumstances that had led to his adoption 56 years ago. After a short conversation, my dad awaited a return call from his mother.           The first conversation with his birth mother was much like every conversation has been since that day; hours long. For two weeks, they talked nearly every night and spent hours catching up on family   stories, successes, failures and the   life they've experienced after decades apart. The meeting they planned in early February changed my family tree forever.   "I haven't flown in 30 years and your step-mom's never flown anywhere in her life."   Because I traveled quite a bit in my previous career, I set up reservations and began to walk through the expectations of security, what to do and the absolutely certain things you don't bring and can't do in today's airports. We set off on our trip.   All I can say for the Southwest Airlines team is that both the smooth flight and friendly crew were a welcomed presence for the trip to DC for the new and returning flier alike.   "Hi, mom."   The meeting and   the day that followed is best described by the video linked to my social media post later that day.   Mother and Son   We look forward to continued trips on Southwest to see our newly found family.   Many thanks to Southwest for   providing a positive and stress-free beginning to the journey that changed our lives.   Matt Randall Greenwood, Indiana ... View more
Categories: