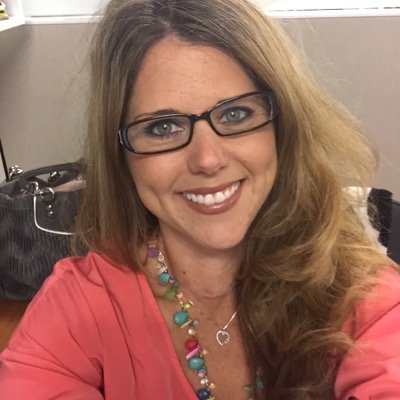 Employee Stories: A Southwest Pilot Years in the M...

by jsaia |
Not applicable
in Blog
7 Loves
7 Loves
My cousin, Brandon Jackson, and I were born six weeks apart, and I remember him talking about his dream of becoming a Pilot when we were little. Brandon’s love for aviation started at an early age. “My dad took me to air shows as a kid and our grandfather had his Pilot’s license,” Brandon recalls. With his love for aviation growing stronger, Brandon came to work for Southwest Airlines in 1996 as a Ramp Agent at McCarran International Airport in Las Vegas. He loved working on the Ramp and bringing in our aircraft, but he never lost sight of his dream to become a Pilot. While working as a Ramp Agent, he simultaneously learned how to fly and practiced on his days off until he earned his Private Pilot’s License. Brandon had the support and of his Fellow Coworkers and maintained strong Southwest connections that helped make his dream become a reality. In 2004, Brandon became a Certified Flight Instructor, teaching classes in the morning and then working his shift as an Operations Agent in the evenings. A year later, he left Southwest to focus solely on his flying and he said to me, “One day I’ll be back!” Ten years later, I’m happy to say that he is officially a Southwest Pilot! “I knew from day one that I was going to fly for Southwest. I loved the Company's history and Culture. Southwest was very good to me as a Ramp and Ops Agent. There was never a question in my mind to go fly elsewhere,” said Brandon. Our family couldn’t be more proud of him for following his dream and pushing himself to get there!  Brandon, it’s about time you made your way back to your Southwest Family!   Featured picture above: A Southwest Family: (Left to Right) LAS Cargo Agent Ryan Jackson (Brother), LAS Customer Service Agent Nadia Jackson (Sister-in-Law), LAS Customer Service Agent Becky Handel (Mom), LAS First Officer Brandon Jackson, LAS Flight Attendant Katie Jackson (Wife), and, me, Sr. Specialist Safety & Security Jocelyn Saia (Cousin). ... View more

by jsaia |
Not applicable
in Blog
6 Loves
6 Loves
When I was a Customer Service Agent, it always amazed me what was on the list of items that weren't allowed in checked baggage. Yet, when bags undergo screening, the TSA has found bottles of bleach, WD-40, disinfectants, spray starch, and fireworks just to name a few of the prohibited items. While some of the above items may seem obvious, this year, Southwest's Safety & Security Hazardous Materials (HAZMAT) Team has seen a rise in events and incidents involving something common carried—lithium batteries. E-Cigarettes The latest craze: e-cigarettes (also known as e-cigs, vapes, vaporizers, or electronic nicotine delivery systems) are powered by lithium batteries. It’s reported that more than 2.5 million people are using these devices and that number is growing. E-cigarettes are designed to operate by creating heat, and if the power source is not guarded, it could cause it to inadvertently ignite causing a fire. A recent incident in the airline industry occurred on April 25, 2015, on an American Airlines flight. As the plane touched down during landing, a Flight Attendant reported smoke in the cabin. The aircraft came to a stop, and the Customers evacuated safely while the Flight Attendant successfully extinguished the fire. It was determined that the cause of the fire was an improperly packed e-cigarette inside of a carry-on bag. Southwest requires e-cigs be transported in one of the following ways: Because these articles are designed to operate by creating heat, they must be transported in one of the following ways: The battery can remain installed but must be placed in carryon baggage or carried on your person only. The item cannot be used onboard the aircraft. Spare batteries must be protected from short circuit and carried in carryon baggage or on your person only. Southwest Airlines is committed to ensuring the Safety and Security of our Customers and Employees—it’s our number one priority. Please do you part to inform our Customers how to safely transport items containing lithium batteries.         ... View more