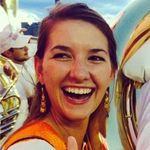 by sara_shaw |
Active Member
in Blog
1 Love
1 Love
“This job is constantly changing. You have to learn to be flexible and adapt.” —Susan Disch, Customer Representative, Customer Support & Services   When Susan Disch walked into a Southwest Airlines job fair in Phoenix in 1994, she was wearing a suit and nylons despite the July heat. Meanwhile, in true Southwest fashion, Employees were wearing shorts and passing around beach balls. That was when Susan knew she had found a lasting home, and this month, she’s celebrating her 23rd anniversary as a Southwest Employee. Susan possesses a true Servant’s Heart and always goes above and beyond to help others as a Customer Representative. Outside of work, she volunteers for the Arizona Rangers, a local law enforcement support and assist program. Thanks for your hard work, Susan. We’re glad to have you on board this wild ride!   Collector’s Item “I have almost all of the Southwest plane pins and a separate Christmas tree just for the Southwest ornaments.”   Game Plan “My favorite part of the job is helping Customers. You’ll get someone who’s so excited about their trip, and you’re able to make it happen.”   Beat the Heat “When you’re in Phoenix, drink lots of water—and find a neighbor’s pool to go swimming!” ... View more
Categories:

by sara_shaw |
Active Member
in Blog
1 Love
1 Love
Today, Southwest is celebrating National Shark Awareness Day!  We have had waves of excitement with the debut of our larger-than-life Shark Week-themed aircraft.  With Shark Week airing on July 23, we’re taking some time to celebrate and appreciate the five shark species swimming through the skies with us!   Sharks and airplanes are actually more alike than one might think. Like the fuselage of an airplane, the part of the plane that carries all of our loyal Customers, most shark species have “fusiform” shaped bodies.  Sharks move forward through the water with their strong tails, kind of like propellers of a plane.  The water moves over their fins similar to how air moves over the wings of our airplanes!   Our Shark Week plane features five different shark species: the great white shark, sand shark, whale shark, great hammerhead, and the tiger shark. Like Southwest Airlines, all of these sharks have things about them that set them apart and make them special.     Did you know: The great white shark is the ocean’s fiercest predator. They have a very sensitive sense of smell and can detect their next meal from great distances. The longest recorded shark migration was completed by a great white shark that traveled 12,400 miles. A Southwest plane would have to fly across the United States more than four times!   The sand shark is also called the sand tiger shark, grey nurse shark or ragged tooth shark in various parts of the world. The “sand” part of their name comes from the shark being seen around shallow waters close to the shore. These sharks look treacherous, but unless provoked, these guys are pretty harmless!   The whale shark is considered the largest fish in the world. Whale sharks can measure more than 65 feet long and weigh more than 12.5 tons. Despite its massive size, the whale shark is the most docile shark and is harmless to humans. They mostly feed on plankton and other small animals.   The great hammerhead shark is most recognizable by their uniquely shaped heads. Because of this hammer-like shape, it is believed that hammerhead sharks have a 360° vision, giving them a great advantage as hunters. Hammerhead sharks are also known for traveling in schools of up to 500 members, which is very rare behavior for sharks.   And lastly, the zebra shark is also known as the leopard shark, because as they get older, they begin to develop small spots. The smallest of our five flying fish, zebra sharks are bottom dwellers, or “carpet fish,” because they hunt and rest along the bottom of the ocean floor.   These are only five of the more than 470 shark species that live in our oceans.  While they have gotten a false reputation as dangerous man-eaters, these animals are vital to the balance and well-being of our oceans! To learn more about sharks and the great shark-inspired shows you can look forward to during Shark Week, visit, www.SharkWeek.com. ... View more
Categories:

Shark Week is Back and Bigger than Ever!

by sara_shaw |
Active Member
in Blog
1 Love
1 Love
More shark.  Definitely, more shark.   Southwest Airlines has always been known for doing things a little differently. With Shark Week  just around the corner, Southwest and Discovery Channel are taking the sharks to new  heights — again! Join us as we welcome our Shark Week-themed aircraft to our fleet for summer  2017. The spectacular underwater scene will cover the fuselage of one of our Boeing 737-700  aircraft and can be spotted across the country through August 31. We are tracking this massive  fish out of water across the skies! Can you spot the five different shark species covering the  airplane? If you see the jaw-dropping plane, be sure to take some pictures and share them with  us using the hashtag #SharksTakeFlight. Think a custom shark plane larger than M egalodon is enough? We didn’t either.  Shark Week is  scheduled to air July 23 through July 29 and our  Customers won’t miss a bite of the action whil e  flying. Through our onboard  Southwest’s entertainment p ortal on our WiFi-equipped aircraft,  Customers can tune-in live on Discovery Channel as they make their way to their final  destination.  Leading up to Shark Week, Customers have the chance to watch a pre-premiere  episode of  African Shark Safari,  along with three episodes from Shark Week 2016, on our custom  Shark Week on demand channel.  This summer is filled with jawsome Shark Week action, and we don’t just mean sharks on a  plane! This is also a time to celebrate  Southwest’s  newest international destination, Grand  Cayman. Southwest and Discovery want to send a winner and three guests on an adventure of  a lifetime. Visit southwest.com/sharkweek  and enter for a chance to win the "Dare to Dive  Sweepstakes to Grand Cayman."  The winning prize includes round trip Southwest air travel for  four (Government-imposed per passenger travel taxes of up to $150 per person are not  included and are payable by each of winner and guest prior to travel), a $2,000 Ritz-Carlton gift card, and a $1,000 gift card for an aquatic adventure of your choosing.   On your next flight, be sure to take a seat and watch ‘em eat!   SWEEPSTAKES RULES NO PURCHASE NECESSARY TO ENTER OR WIN.  A PURCHASE WILL NOT INCREASE YOUR CHANCES OF WINNING.   Void where prohibited.  Open to legal residents of 48 contiguous United States and the District of Columbia age 19 at time of entry.  Limit one entry per person.  All fields must be completed.  Approximate retail value of prize: $4,600.  For complete details and Official Rules, visit  www.Southwest.com/sharkweek .  By submitting this entry, you agree to the  Official Rules .  By entering, information collected will be used in accordance with Sponsor’s Privacy Policy at  Southwest.com.  Sponsor: Discovery Communications, LLC, 1 Discovery Place, Silver Spring MD 20910.  Enter by July 31, 11:59 p.m. C.T. ... View more
Categories: