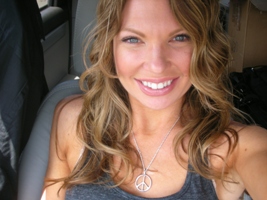 angela
Adventurer C
As a kid, I hated the summer Olympics. We had five television channels, and every single one of them showed the Olympics for three weeks straight. No Smurfs. No Looney Tunes. No Mr. Roger's Neighborhood. Just a bunch of boring adults doing boring things like running and swimming. I did those things every day and didn't understand why it was such a big deal to watch other people doing it.
Now that I'm a little older (ok...much older), I look forward to the summer Olympics. That time when the world comes together to share in the spirit of competition and camaraderie in the universal language of sport. It never ceases to amaze me how many countries I didn't know existed (Bhutan? Mauritania? Kyrgyzstan?). I get a lump in my throat every time I see an American athlete standing on the awards podium, hand over heart, singing our National Anthem. The Olympics are pretty dang cool.
To celebrate the start of the Summer Games, my department is participating in its own version of the Olympics. Yes, we may lack the physical prowess of  professional athletes but, is that going to stop us? No. Each team within Marketing has to come up with a country name and color and create a flag to represent that "country." We will parade down the Headquarters hallway and out into the blazing August heat to compete on several events...(confidential as to prevent an unfair advantage...we're very competitive around here). One event, however, will stand above the rest and determine the champion of the 2008 Marketing Olympics...the Ribbon Dance. Each team must coordinate a two-minute synchronized ribbon dance to music and perform it in front of the judges.
I personally have never danced with a ribbon and I have a feeling my Coworkers are lacking in this skill as well but I think we will be inspired by the performances. At the very least we'll laugh and make fun of each other...all in the spirit of competition and camaraderie of course.
249 Loves
9 Comments

jazzyspreetsing
Explorer A
I used to feel the same way about watching the olympics too, i remember when i was in like 2nd grade and it came on, i was really mad... i wanted to watch my tv shows too! lol, but as an aviation geek the advantage that came out of the 2002 olympics was DLs "soaring spirit" colors! but i was too young to appriciate it! 2008 marketing olympics! that sounds like fun! 😄 idk of any other company that does things like that! more companies should start doing that! :D, when i get a job, i hope my company does that! lol, i wonder how my manager will react when I ask him that question though...lol good luck, i hope u win! "Either think and act big and grow smaller, or think and act small and grow bigger."-Herb Kelleher
11 Loves
ayholloway
Explorer C
Okay, I'm new to Blogging.....I just wanted to find out and start discussion about Southwest adding Ft Walton Beach to your list of great destinations to fly......Those other airlines fly there and normal folks cant afford them. Southwest needs a Destin/Ft Walton Beach flight schedule.....especially for folks in KY who would rather drive to Louisville Ky (SDF) or for us Western KY folks, Nashville Tennessee (BNA) and fly to VPS. Whats your thoughts Southwest ?
9 Loves
create-a-flag
Explorer C
Hello Angela - What a great way to honor and partake in one of the few events that brings many people of various backgrounds, heritages, religions and color together peacefully to participate in sports. I completely related to your perception of the Olympics as a child...I felt the same way! Why so many days dedicated to sports without my favorite shows...nobody paid that much attention to my volleyball & softball games??? Your flag idea is fabulous - you may want to visit a site that is revolutionary in the flag industry. The Create-A-Flag is the first customizable, printable fabric flag that you design in minutes on your computer and print on your Inkjet printer. It is quickly becoming the social expression of choice for birthdays, holiday and sporting events in addition to advertising/branding and is used in creating awareness for charities, foundations and events. You can view the flags at www.create-a-flag.com or visit a select Walgreens store in Maricopa County to obtain the flags. Congratulations on your successful blog. It is one of the most professional blogs I have visited. Have a fabulous weekend! Amy Murphy amymurphy@cox.net
9 Loves

bhurst
New Arrival
I've always loved watching the Olympics, but the '88 Olympics in Korea were my favorite so far. I got a 52" TV just before they started and I remember it feeling like I was there ... on the track, in the pool, on the field of play. Of course that was before HDTV. This year is my first Olympics with an HDTV. I can hardly wait.
15 Loves
Anonymous3437
Explorer C
I'm not watching the Olympics. Not while it's in a country that kills innocent monks, poisons dogs, puts lead in kids toys, antifreeze in toothpaste, murders students protesting their government's brutality, etc. I've noticed that almost every posting on this blog has nothing to do with Southwest anymore.
10 Loves
Nathan_O
Explorer C
I felt it was necessary to provide a little follow up. Angela's team did win the Olympics as well as the Ribbon Dancing event. The links are on YouTube, so maybe someone will post them at a later date. Ribbon dancing truly is essential to the inner-being of a Marketing Department worker at Southwest Airlines.
13 Loves

blusk
Aviator C
My earliest Olympic memories are of the 1968 Olympics from Mexico City and of Bob Toomey winning the decathalon. Unfortunately, I think the television networks have ruined a lot of the sponteneity of the events.
14 Loves
FrankieBarker23
Explorer C
Some time ago, I did need to buy a car for my firm but I didn't have enough money and could not order something. Thank heaven my comrade proposed to try to get the loans at reliable creditors. Thus, I acted so and was satisfied with my short term loan.
11 Loves