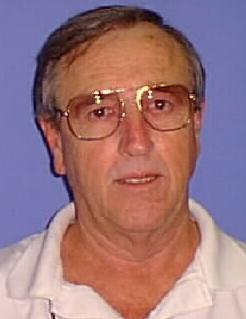 kdruckamiller
Not applicable
It's a great honor to be able to represent the founding year of Southwest Airlines: 1971.  I suppose it's more a testament to longevity than anything else.  Forty years later, and I'm still here.
Like so many others, I was a Purdue Airlines refugee, and unlike others finding Southwest, it was Southwest that found me.  Someone from Southwest found out Purdue was going down, and scooped many of us up, knowing Purdue's flight crews were jet qualified.
Southwest Airlines basically gave us an open invitation.  There were about 12 pilots, 6 or 7 people from Maintenance, and a few Flight Attendants.   I needed the job, and truth was, there weren't a lot of aviation jobs available. I didn't know then that Southwest was going to make it, but well, now you can see the results!

Briefly, I thought about moving to Ozark, and even interviewed, but my wife at the time decided she didn't want to go back to the Midwest.
So I stayed.  I've been in Maintenance since day one, and was in Dallas for 27 years.  I started as an inspector on the seat check crew, worked there for 5 or 6 years, then worked the shops.
After 27 years, I transferred to Tampa, where I'm the day line lead mechanic.  When I went to Florida, I thought of retiring, but I figured I'd take the job down there and see if I liked it.  Clearly, it wasn't so bad.

Southwest's Culture hasn't changed, but it has been modified.  In order to be successful in an evolving industry, you have to change.
Excusing the double negative, the following sentence sums up my experience: I've never not come to work because of Southwest.  It has never been the Company.

Hurry and Book—Southwest is Offering 40% Off Qualifying Base Fares!