My name is Mike Bautista. I am a participating, traditional Air Force Reservist, serving as a C-17 pilot in the Air Force Reserves.  My fulltime occupation is as a Boeing 737 First Officer with Southwest Airlines, based in  Las Vegas.  On July 1, 2008, I was placed on Military Leave Status at Southwest when I came on extended Active Duty orders in support of Operations IRAQI and ENDURING FREEDOM.  For the many contributions and infallible support for me, my fellow Guardsmen, and Reservists, and the military in general, I nominate my employer, Southwest Airlines for the Air Force Association’s 2009 Air Force Reserve Employer of the Year Award.

In the weeks leading up to my Extended Active Duty Orders, I was a little apprehensive about being away from Southwest for so long....  I was regretful during my last few days of work before I came on orders, but was uplifted by the well-wishing and support I received from my Coworkers.  Upon return from my last Southwest trip, I came home to a package that was delivered earlier in the day.  I wasn’t expecting anything so I was quite curious when I opened it.  Inside I found a care package stocked with goodies, treats, and Southwest paraphernalia:  Games, cards, T-shirts, a hat, a travel clock, and other Southwest Airlines “stuff” filled the package.  An encouraging letter from Southwest Airlines CEO Gary Kelly rounded out the contents of the box.  I was pleasantly surprised at the generosity and thoughtfulness of my Company that employs over 35,000 people.

Two weeks later, a similar looking package arrived at our doorstep.  This time it was not addressed to me, but to my family instead.  Southwest sent a care package for my wife and two children with a gift for each.  Also, enclosed was a letter from then-Southwest Airlines President Colleen Barrett.  See, when you sign up to join Southwest Airlines, your family gets signed up, too.  And the Company embraces this.

These gestures transcended any expectations I had of Southwest in regard to my military service.  The Company fulfilled its lawful obligations by allowing me to perform my military duty without fear of reprisal or retribution; however, the Company went far beyond that.  They expressed their gratitude for my service and encouraged me as I fulfilled my military obligations.  It inspired within me an intense sentiment of devotion and loyalty to Southwest Airlines.  While I wore my uniform and conducted my military duty, not only was I representing the Air Force, but I felt that I was representing Southwest, as well.

Southwest Airlines’ support for their National Guardsmen and Reserve Employees go beyond care packages and letters.  Recent events highlight Southwest’s commitment to the National Guard and Reserve.  In 2008, when a lawsuit was brought upon another airline by several of their pilots regarding the calculation of vacation accrual while on a military leave of absence (MILOA), Southwest examined their own vacation accrual program.  Under USERRA guidelines, vacation is specifically mentioned as not being accruable during a MILOA; and before 2001, Southwest did not give vacation credit for a MILOA.  Subsequent to the events of September 11, 2001, Southwest decided to change its policy and give vacation credit for Presidential Activations as a show of support for its military members.  After examining the vacation accrual policy again last year, it was determined that the existing policy of accrual vacation was, in fact not legal, since USERRA does not allow differential treatment for different types of MILOA.  The Company could have taken one of two courses of action: 1) eliminated vacation accrual for MILOA altogether, or 2) allow vacation accrual for ALL types of MILOA.  The Leadership of the Company decided that the right thing to do for its military affiliated Pilots was to credit vacation for all types of military service, not only for Presidential activations, since those distinctions are becoming more blurred.  The Company could have easily and lawfully restored its pre-2001 policy of no vacation credit for MILOA, but instead they showed unwavering support for us, for what we do, and for the sacrifices we make.  The Company is not shy of asking, “What is the right thing to do,” and actually doing it.

It is for these reasons and too many more to list here, that I nominated Southwest Airlines for the AFA’s prestigious 2009 Air Force Reserve Employer of the Year Award.

The award package also included a write-up about me and my accomplishments during the time I was on Active Duty.  However, I assure you, I did nothing spectacular, unusual, or extraordinary.  Southwest was the one who performed extraordinarily.

256 Loves
6 Comments
carroll3
New Arrival
I am so proud of how Southwest Airlines works so hard to get it so right. It amazes me how quick they respond to our Employees needs and personalize every decision made. The loyalty that is built by these meaningful gestures will last a lifetime. To all our Employees serving please come home safe and soon. Thank you for making us so proud.
12 Loves
Bob_Villa
Explorer C
Very much appreciated your letter, Mike. This is a great company and we have a great military represented by people with the character of yourself.
14 Loves 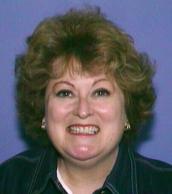 jballard
Explorer C
My thanks to you, Mighty-Mike, for all you and your family have done for our Wonderful Country and to Southwest Airlines. Thank you!
15 Loves
Anonymous1840
Explorer C
Does SWA take into account the 'weekend warriors' loss of trips when they have to serve on one or often two weekends a month when SWA figures the numbers required for the Buddy Passes? It would seem to me that our warriors (pilots AND all other SWA employees who serve in the Guard/Reserves) are at a distinct disadvantage - and nearly complete loss of those benefits. It would appear that the cost to SWA to completely support ALL our Guard/Reserves by issuing such Passes is nil, IF they allowed some credit for those having to miss SWA paydays in order to serve us all. Has Corporate HQ SWA decided how to justify in penalizing our 'warriors' in this respect - and still put themselves out as supporting our military......? Doesn't seem kosher to me. Or correct me, if I am wrong, about this inconsistency.
12 Loves
Mark99
Explorer C
Very nice to read about Southwest's commitment to its employees and especially our military. Thanks for posting.
10 Loves
Fe
Explorer C
I salute to all our military for giving us the freedom, not only here in America but also abroad. Mike you have outstanding character and to be chosen to represent the SWA as the military delegate tells us that you are exemplary in all ways, personal, military and SWA employee. I was very proud to be a part of taking care of our sick veteran and will do it again if I have the chance to work again. Once again, I THANK YOU and may God take care of you and your family ALWAYS! Fe Reyes
8 Loves